Audient launch iD4 — their most affordable interface yet 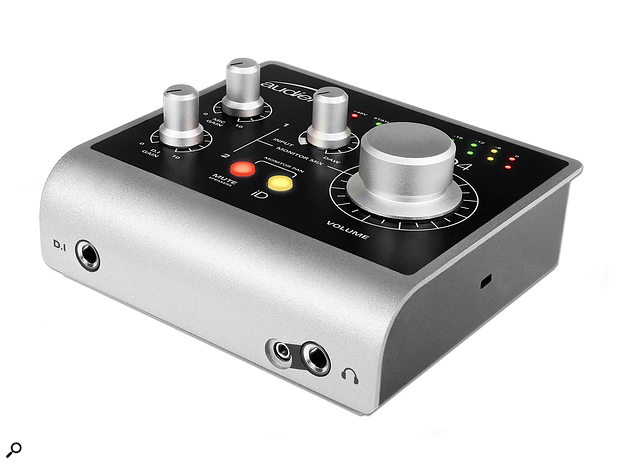 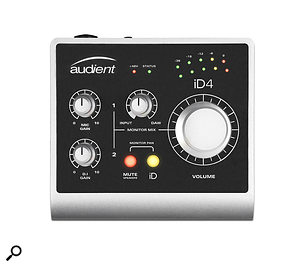 Following on from the success of the iD14 which we reviewed back in November 2015, Audient have revealed a brand new compact and incredibly affordable bus-powered audio interface aimed squarely at singer songwriters and on-the-go producers. The interface, dubbed the iD4, carries one Audient console mic preamp, as used in the flagship ASP 8024, and a JFET DI inspired by the input stage of a classic valve amp.

In addition, the interface sports stereo balanced outputs on 1/4-inch jack and a class-AB headphone amp with dual outputs: one that accommodates a 1/4-inch jack and a second for minijack. The iD4 retains the iD14’s ScrollControl facility which converts the volume wheel into a virtual scroll wheel for adjusting plug-in parameters and automation and also introduces two new functions to the range: Monitor Mix and Monitor Pan. The Monitor Mix feature lets you monitor a blend of both iD4s inputs and your DAW playback, providing near-zero latency monitoring whilst recording. Meanwhile, the Monitor Pan feature enables you to pan both the mic pre input and D.I input from left to right, making it easy to create a balanced headphone mix that’s suitable, for example, for recording artists who sing and play the guitar simultaneously.

The device itself connects via USB 2, offers 96kHz/24-bit audio recording and is housed in a sturdy aluminium and solid steel casing. It is available now priced £119$199.