Austrian Audio have announced the OC7, and the OD5, two new models in their growing range of microphones. Both new mics are handmade in Vienna, and are subjected to strict quality assurance processes. 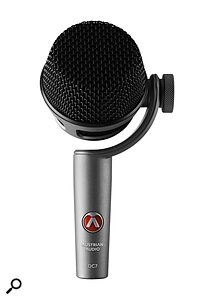 Austrian Audio OC7 condenser microphone.Each model features a ‘Swivel Joint’ mechanism, which Austrian Audio’s engineers have developed to allow 220° rotation of the basket. This is designed to aid users in positioning the microphone with a greater degree of ease and accuracy when compared to relying on a stand.

The OC7 is built around a true condenser capsule, with the microphone basket providing protection against knocks and bangs in close-miking scenarios. It is equipped with a 2nd order high-pass filter with an operating frequency of 40 or 80Hz. Austrian Audio claim that the OC7 can withstand levels of up to 154 dB SPL (>160dB SPL with the pad engaged). 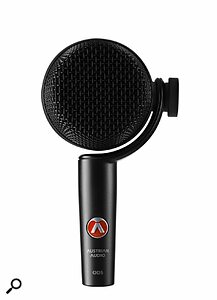 Austrian Audio OD5 active dynamic mic.The OD5 features the same active-dynamic circuit featured in the OD505 vocal microphone, ensuring that long cable runs have no negative effect on the signal. The OD5 also features two high-pass filter options. The first, a CAB (Cut & Boost) filter is applied at 80Hz, which the manufacturer says is particularly well suited for use with guitar amplifiers, and a second position that sits at 120Hz is a common 2nd order high-pass filter.