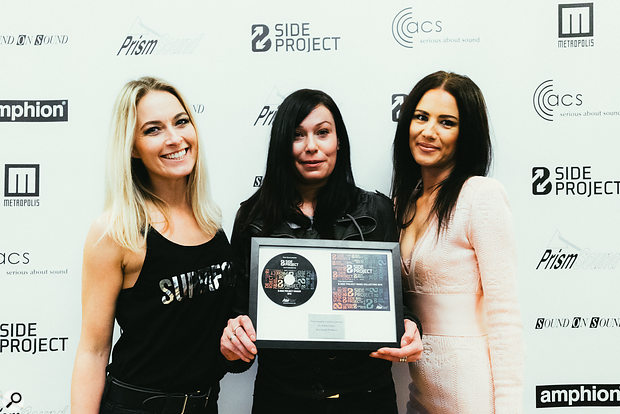 An original track entitled '3AM' by George Gleeson AKA Jung, remixed by Niels Geurs AKA hindernis, took the top prize at BPM Live's B-Side Project Awards which were held at Metropolis Studios in London on December 1st, 2016. 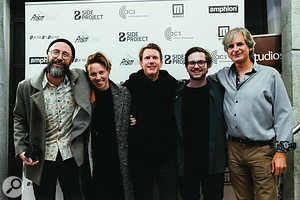 The 10 top entries will be released as a compilation album on the B-Side Recordings label, distributed by Republic of Music and available to download via numerous online retailers including iTunes.

Now in its sixth year, this annual competition attracted entries from over 400 artists, bands and producers from over 40 different countries. Each artist was paired with an electronic music producer who re-mixed their track to create a new and exciting musical work.

The Award winners were chosen by a judging panel that included high-profile producers and remixers such as Grammy Award winners La Roux, Hospital Records artist Nu:Tone (a.k.a Dan Gresham), drum ‘n’ bass legend Roni Size, and Superfoxx founder Krystal Roxx. Many of these took part in presenting Awards, while Krystal Roxx also ended the evening by delivering one of her trademark, high-energy DJ sets. The entire event was streamed live via the Prism Sound Facebook page.

Yvette Chivers, Founder of BPM Live, says: “We were amazed by the quantity and quality of original track entries this year, and the subsequent electronic dance music remixes that were produced. This project really is helping musicians and producers to interact across countries and achieve recognition. As long as they keep creating amazing music, we'll continue to help everyone to mix it up and break musical boundaries!"

Prism Sound’s product range includes high-quality audio interfaces such as Lyra, Titan and Atlas that are ideally suited to music producers, remixers and DJs. This synergy between the two brands prompted the company to sponsor the B-Side Project and support it via extended marketing and promotion at various events including its popular Mic to Monitor tours.

For more information about the B-Side Project, please visit: www.b-sideproject.org