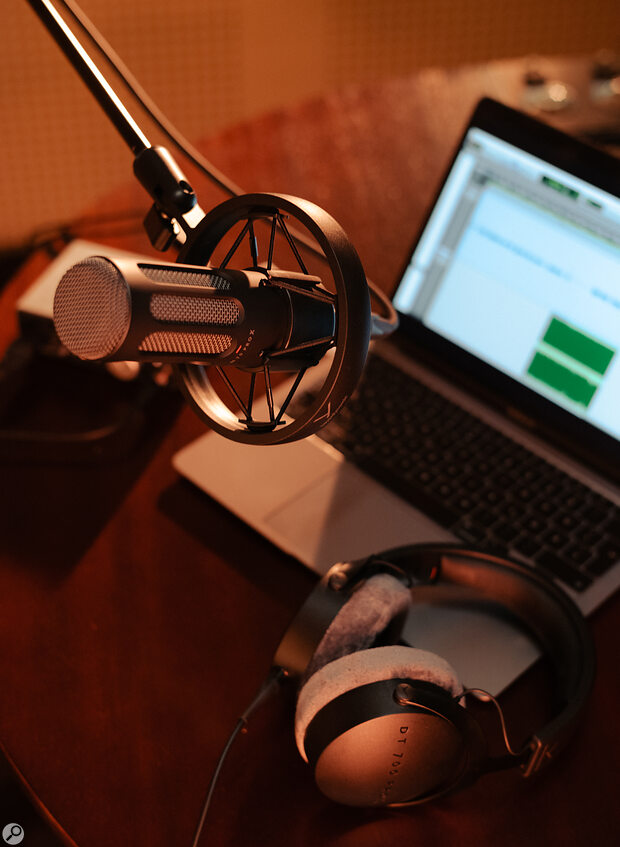 The DT 700 Pro X and DT 900 Pro X are, respectively, closed-back and open-back headphones, both of which incorporate a number of innovative design and manufacturing techniques. Their diaphragms are an all-new design, claimed to combine low weight with high rigidity. Their voice coils, meanwhile, employ a copper alloy, devised by Beyerdynamic, which weighs roughly 40 percent less than pure copper but which retains high electrical conductivity. This voice coil, combined with the powerful neodymium driver magnet, are said to yield an improved transient response compared with previous Beyerdynamic designs, while maintaining high sensitivity, making them suitable for use with both professional and consumer devices.

In terms of specs, both headphones boast a 5Hz-40kHz frequency response, and a 48Ω impedance. THD at 1kHz is specified as being just 0.04 percent, for a 1mW input. 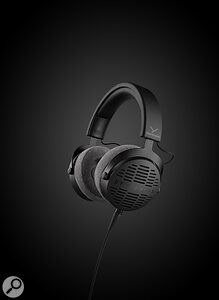 The Beyerdynamic DT 900 Pro X open-backed headphones.Both new headphones will ship with 1.8m and 3m cables, each terminating in a mini-XLR plug (for the headphones) at one end, and a gold-plated mini-jack at the other (small-to-big adaptors are also provided). Beyerdynamic also tell us that all constituent parts — from the memory-foam cushioning and metal headband to the earcups, yokes and cables — are all easily replaceable at their service centres, ensuring operational longevity.

The DT 700 Pro X and DT 900 Pro X are priced a little above Beyerdynamic's established DT 770 Pros, at €249 apiece. As ever where open- and closed-back headphones are concerned, Beyer recommend the former for tracking, DJ'ing, and other scenarios where isolation from the outside world is desirable, and the latter for situations where fidelity is paramount, such as mixing and mastering.

Next up are the M70 Pro X and M90 Pro X microphones. The former is an end-address dynamic model designed for the spoken word, and which Beyerdynamic are touting as being ideal for streamers, podcasters, vloggers and the like. It features a cardioid polar pattern, a sensitivity of 1.8mV/Pa, and a frequency response of 50Hz-18kHz (no tolerances were given).

The M90 Pro X is a side-address cardioid microphone, and its capacitor capsule endows it with a broader frequency response of 20Hz-20kHz (again, unqualified). It's capable of handling SPLs up to 133dB A-weighted (at 1kHz), and though it doesn't feature a high-pass filter, it does ship with a newly designed cat's-cradle shockmount and a gooseneck pop filter, which between them should take care of any extraneous low frequencies.

All of the new products in the Pro X series are built in Beyer's own factory in Germany, using a combination of high-end manufacturing equipment and hand assembly. They also all exude the kind of quiet, understated competence we've come to expect from Beyerdynamic products, and we look forward to putting them through their paces in an in-depth SOS review soon. 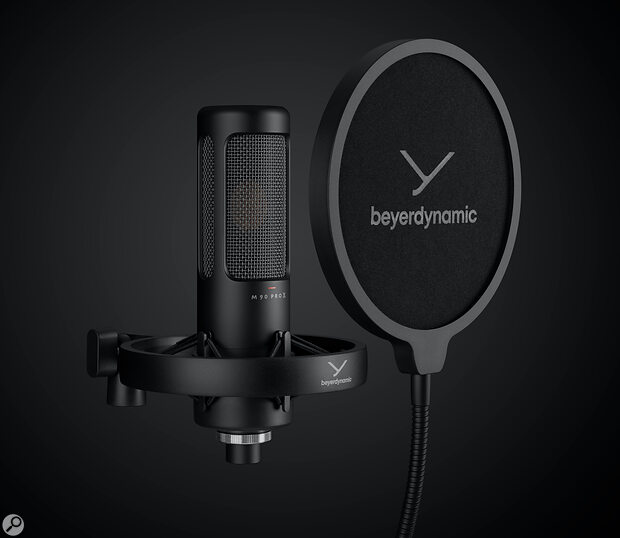