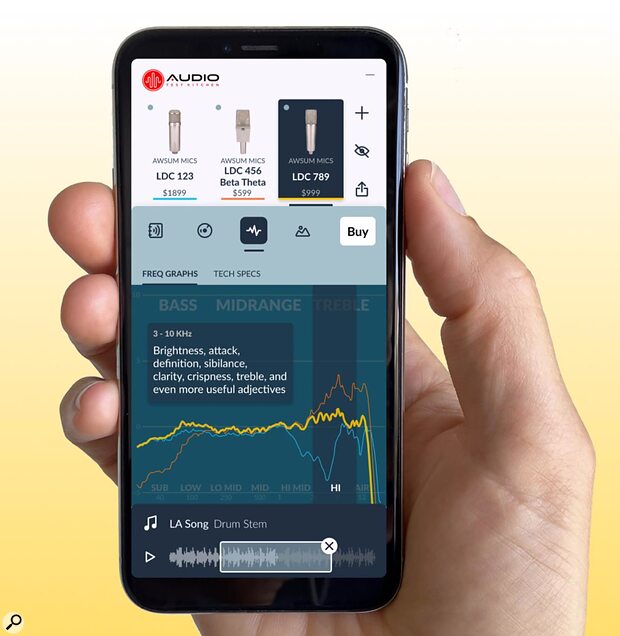 Audio Test Kitchen, the ambitious microphone comparison website, have released a browser app called ATK Player. The ATK Player essentially packages all of their audio files into an easy-to-use playback engine, which the company envisage retailer and distributor websites using extensively on things like product information pages, online shops and so on.

Given that Audio Test Kitchen have, to date, captured 14,000 fully cross-comparable audio files, covering over 300 microphones from 55 different manufacturers, the market for an online player to showcase the quality of each of these mics is potentially very large! As ATK founder Alex Oana puts it: “As a consumer, wouldn’t you want to be able to hear the sound of audio products and try-before-you-buy on the website where you’re about to buy?”

The ATK Player is set to become available in two versions: either as a playback-only device, perhaps for retailers who sell a number of the microphones that ATK have already tested, or in a more advanced version that lets subscribers add their own audio files and data. The latter option would be ideal for manufacturers who want to provide comparisons of their own microphones, for example, but it's not limited to mics: ATK envisage audio interface manufacturers, music software developers and even instrument makers getting in on the action. Of course, there's no reason why studio proprietors wouldn't want to get involved, perhaps using the ATK Player to showcase their own microphone collection, or to provide 'before and after' mixing and mastering examples.

To find out more about how to use the ATK Player on your website, contact Audio Test Kitchen using the details below. If you scroll down a little further, you'll see our exclusive behind-the-scenes video about how ATK's meticulous microphone comparisons are made.