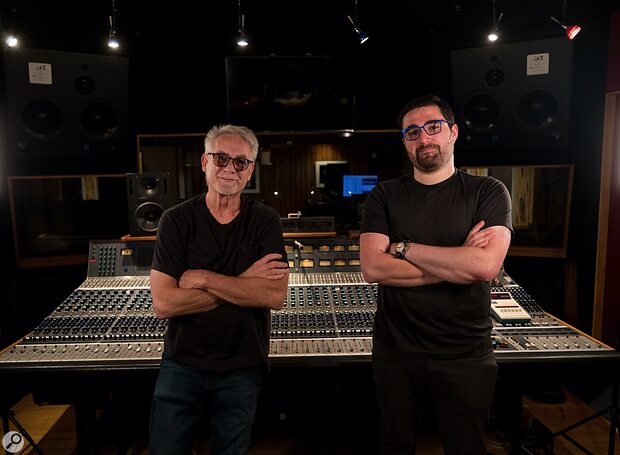 Pre-eminent Nashville recording house Blackbird Studios have teamed up with another Nashville brand, KIT Plugins, to create a faithful emulation of the Neve 8078 that takes pride of place at Blackbird Studio A.

The Neve 8078 was first released in 1978, and is considered the acme of Neve's illustrious 80-series. The example at Blackbird was originally built for Motown's LA studio, but has since been extensively restored and modified, and its sound has graced records by some of the best-known artists in the world.

For the emulation, the engineers at KIT Plugins extensively sampled Channel 21 on Blackbird's 8078 console, running test tones through its input stage, via all of its processing stages, all the way to the desk's Master Bus B output. The results were then captured using Blackbird founder John McBride's favourite A-D converters.

The result of those efforts is a VST3/AU/AAX plug-in called BB N105, and it features the 8078's four-band input EQ, plus emulations of both the mic- and line-level input stages, a level-dependent saturation stage, a high-resolution fader (which you can use to balance level versus distortion, just as on the real thing), and even an authentic hum generator.

Blackbird have already garnered some impressive testimonials from professional users, including Marc Daniel Nelson (Fleetwood Mac, Jason Mraz, Colbie Caillat) and Ron DiSilvestro (Taylor Hicks, Kid Felix), but you don't have to take their word for it — a free 7-day trial is available. The plug-in is on sale now, and priced at $99. Naturally, we'll be bringing you an in-depth review in an upcoming issue of Sound On Sound.