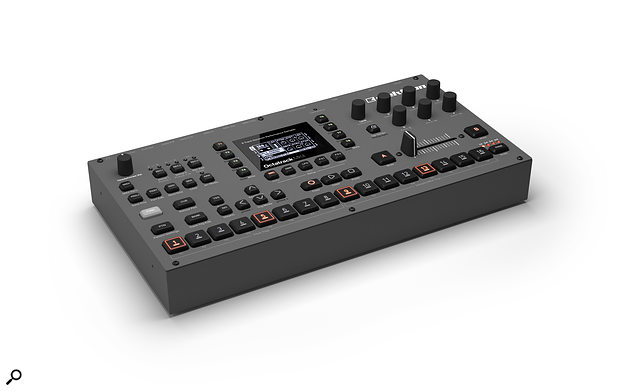 Hot on the heels of their Digitakt drum machine, Swedish musical instrument company Elektron have announced Octatrack MKII, the successor to the highly influential performance sampler, Octatrack. Read our review of the original, here.

Octatrack MKII is an eight track performance sampler and sequencer, designed for both live performers and studio producers. Thanks to its clever combination of internal tracks, MIDI tracks and in- and outputs, it can act as the centrepiece to virtually any rig. The sample engine, which features time-stretch and pitch-shift in real time, is capable of radically transforming and reshaping samples in an instant, say its makers.

The new high quality back-lit buttons (rated for 50 million presses), paired with high-resolution encoders and a contactless crossfader, ensure operational reliability in the most demanding environments. There have been upgrades in the scren department too, with the MKII sporting a crisp 128x64 OLED screen and an increased count of dedicated buttons, each with a distinct purpose.

"Octatrack MKII will fulfil the needs of anybody who really wants to experiment with samples. And the tactile feel and visual feedback of the new buttons is such an aid when being on stage or improvising in the studio. Octatrack MKII is an outstanding live performance tool", says Jonas Hillman, CEO of Elektron.

This looks like a sturdy, professional machine and carries a price tag of €1449/$1349. It will begin shipping in August.