In November's review of the new Avid HD Omni interface for Pro Tools HD systems, we pointed out that although Avid's new generation of A-D and D-A converters clearly sound excellent, making an informed choice against rivals from Apogee or Prism Sound on the basis of sound quality alone would require detailed listening tests in a controlled environment — tests which, unfortunately, we were unable to arrange in the review timeframe. Fortunately, it turns out that UK Avid resellers MediaPros had arranged exactly the sort of blind tests we would have liked to conduct ourselves. What's more, not only had they arranged the loan of the test units and the studio — Studio A at Metropolis — but they had also brought along some of the UK's top engineers and producers to do the listening. The golden ears in question belonged to producer Stephen Street, mix engineer Cenzo Townshend, Abbey Road engineer Sam Okell and engineer Donal Hodgson, who has recorded much of Sting's recent output. 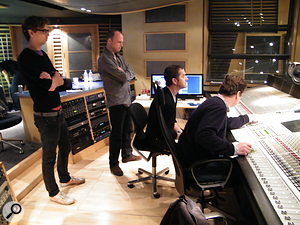 Four units were included in the tests: the new Avid HD IO (which has the same A-D and D-A converters as the Omni, and thus should in theory sound identical to it); an original Digidesign 192 IO from the previous generation of HD interfaces; a Prism Sound ADA-8XR; and the new Apogee Symphony I/O, with beta Pro Tools HD drivers.

The outputs from each were brought back through external monitor returns on the studio's SSL 9000 desk, and level-matched to within 0.1dB. Tests were conducted in two phases. First, in order to test both A-D and D-A conversion, the analogue output from an HHB CD player was multed to the analogue inputs on each converter (again calibrated to within 0.1dB). After that, a couple of Pro Tools Sessions were loaded for playback through the D-A stages of each converter. The tests were conducted 'double blind', with no-one in the studio knowing which of the four groups on the desk represented which converter.

One thing that all the participants agreed on was that the differences between the converters were very small — much less significant than any of them expected, and much less obvious than would have been the case with previous generations of converters. Nevertheless, after much switching back and forth between them, there was broad agreement on the results. All those present favoured, by a small margin, converters B or D over converters A and C. Converters B and D were universally praised for their solid and rich bottom end and for their stereo imaging; B was thought to have the best vocal reproduction of the group, whilst D perhaps had the edge in other respects. As Stephen Street put it, it seemed to "open everything up". Coming third, just, was Converter A, which seemed marginally brighter than the others; Donal Hodgson said that this initially made it his favourite, but that after repeated listening he came to find it slightly artificially smooth-sounding by comparison with the others. In last place, though again by a small margin, was converter C, which was deemed simply a solid performer. 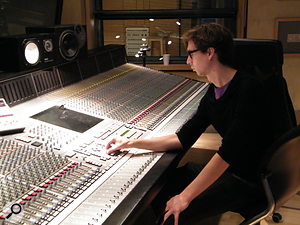 When the patch cables were unscrambled to reveal the results, it turned out that the golden ears had indeed picked out the two newest converters as being the best-sounding. Converter B was revealed to be the Avid HD IO, while the other favourite on the day, converter D, was the Apogee Symphony I/O. Most of those present were surprised to see the Prism ADA-8XR, aka converter A, beaten into third place, but it was perhaps less of a shock that the 192 I/O came last. Once again, though, it should be emphasised that the most notable feature of the entire test was the lack of difference between all four. Without repeated, careful listening within the sweet spot and repeated switching, the differences were all but inaudible.

An online video of the event will be available on the MediaPros web site soon.

Our thanks go to MediaPros and Metropolis for organising and hosting this fascinating test, and to Apogee, Avid and Prism Sound for supplying the equipment. — Sam Inglis