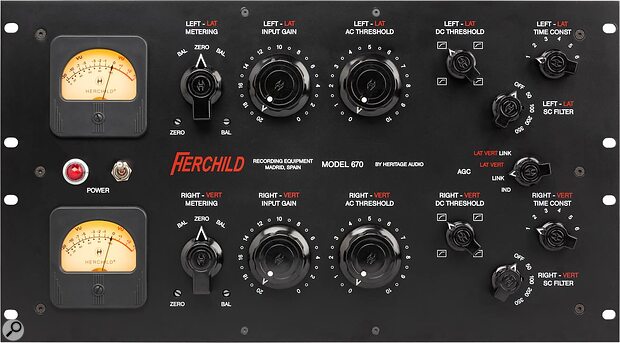 Heritage Audio have announced the release of the Herchild Model 660 and Model 670 tube‑based compressors. These two new products aim to provide a modern alternative to the incredibly rare Fairchild 660 and 670, two vintage devices that are becoming increasingly difficult to find and hugely expensive. We covered the originals in detail in this article back in 2016. 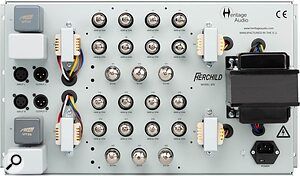 Some new features have been added however, the first being a continuously variable DC Threshold (Slope/Ratio/Knee) control that now exists on the front panel, rather than via a screw adjuster on the originals. In keeping with other modern day compressors, Heritage Audio have also included a side-chain filter, which can be set to 50, 100, 200, or 350Hz, or left bypassed.

Herchild 660 rear panel.Both units feature front panel VU meters, which can be configured to display either gain reduction or valve balance via a selector switch. The rear panel of each is largely populated by protruding valves and transformers, with audio I/O provided on XLR connectors, whilst an IEC power inlet feeds an internal power supply.

More information is available on the Heritage Audio website.

Will Gregory: My Favourite Synths
6 days 6 hours ago.