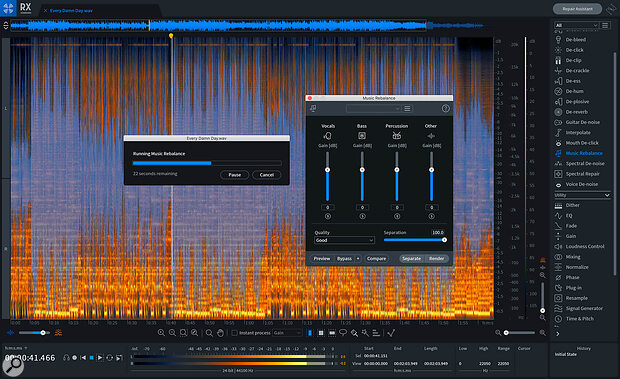 iZotope's RX suite is one of the most highly regarded audio clean-up software packages, and it has just been given a major update. Version 8 adds a number of all-new processors, while updating and improving many of the existing elements.

Common to all versions is a doubling of the audio tab limit, from 16 to 32, meaning you can now view and edit up to 32 audio files simultaneously in the RX Audio Editor. The spectrogram editor has been given a new horizontal scrolling feature, making it easier to move around the display using a trackpad or mouse, and the De-Hum processor has also been improved, with an overhauled interface and the addition of independent frequency reduction bands. 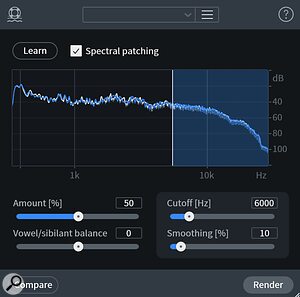 The Standard and Advanced editions have gained a new Loudness control (for conforming your audio to the various new loudness standards, and including metering for integrated, short-term and momentary loudness), as well as a novel Guitar De-Noise tool, designed to hide a multitude of guitar sins, from electrical noise to fret and string squeaks. Those versions of RX also feature improvements to the Music Rebalance algorithm, which allows you to adjust the level of vocals in a stereo mix, or even isolate them completely, plus refinements to the Batch Processor, including better handling of file metadata. 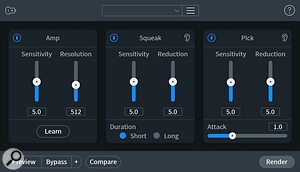 Exclusive to the Advanced version are a new Spectral Recovery module, which intelligently restores frequencies above 4kHz and is designed to rescue recordings made to band-limited media; and a new Wow & Flutter processor, which corrects the short- and long-term pitch variations inherent in mechanical media such as tape and vinyl.