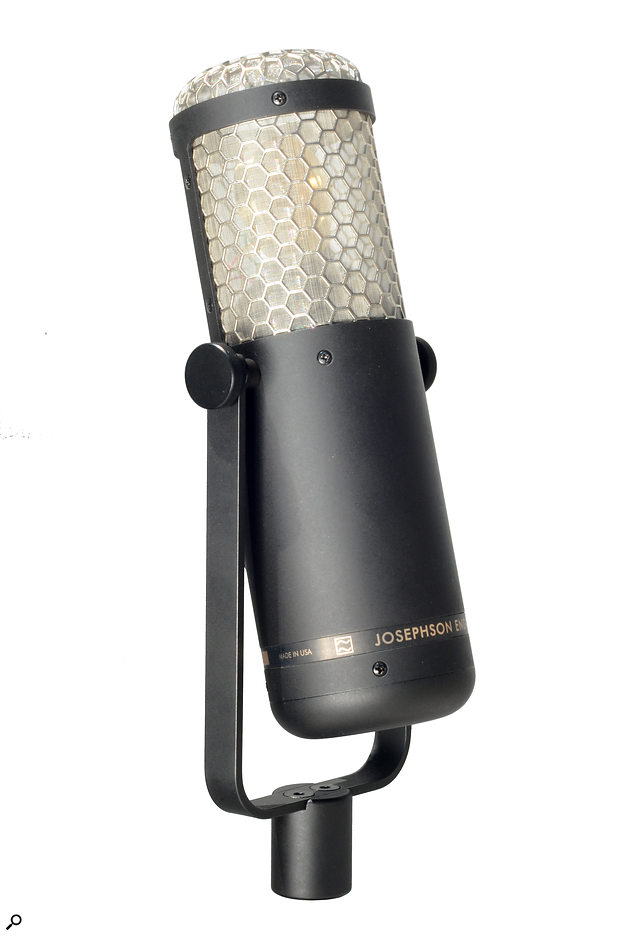 Debuted at NAMM earlier this year, the C705 is based around the same capsule found in their premium C715 microphone. A cardioid design, this capsule uses a single diaphragm rather than the now more common Braunmühl-Weber back-to-back pair. So, rather than combining the outputs of two diaphragms, it achieves its directionality through the use of acoustic ports — an approach that yields improved directionality at low frequencies.

Internally, the C705 borrows its electronics from Josephson's C700 and C716 models — both transformerless designs, with a cascode FET taking on capsule buffering and impedance-conversion duties.

Much thought was put into the C705's casework, with ferric-nitrocarburised steel being chosen for its strength. In addition to improving the mic's longevity, this strength allowed Josephson to offset the vertical supports for microphone basket, which in turn significantly reduced basket resonance and comb filtering.

Though not a cheap mic, the C705 costs significantly less than Josephson's other models, at $2550. We'll be bringing you an in-depth review soon, but in the mean time, click below to watch our NAMM preview video.