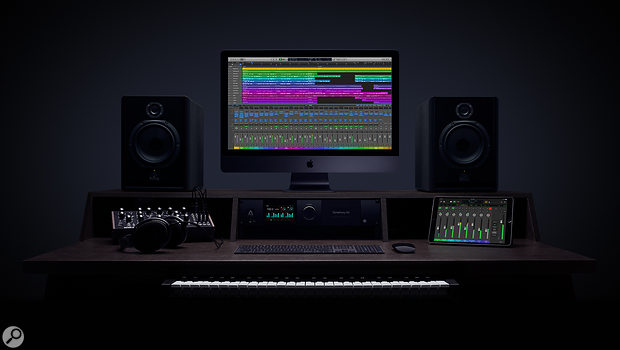 It’s day one of the annual NAMM Show in Anaheim, a convergence of 100,000 musicians, producers and music gear manufacturers, and there’s no shortage of news. And some of the most interesting news comes from a company that doesn’t even exhibit at the show. That company is, of course, Apple.

Announced today is the 10.4 update to Logic Pro X. While a point release isn’t usually something to write home about, Apple have added some particularly useful new features that will appeal to the click track phobic, electronic musicians and more. 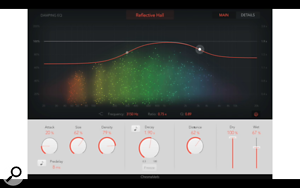 Chromaverb is Apple's new algorithmic reverbThe first big announcement is Smart Tempo. Described as an “advanced tempo detection technology that automatically manages tempo across all the content in a project”, Smart Tempo allows users to record without a click track and still have their performance remain in sync with other tempo-based content. This will be particularly useful for remixers and mashup artists (not a drug-taking euphemism). If it’s as smart as Apple claim, this could be a major deal letting tracks breathe and preventing artists from feeling restrained by the click.

Next up, Apple have introduced a colourful new algorithmic reverb called ChromaVerb which can simulate Rooms, Chambers, Theatres, Halls and more. This is a really welcome addition as all of Logic’s reverb had been looking rather long in the tooth. To put it into perspective, their most recent one — Space Designer — was actually introduced in 2003 by Emagic, the company the Apple bought Logic from. you can actually read Paul White’s review from 15 years ago here. 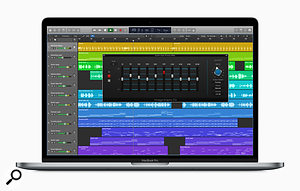 Vintage EQ seems to include an API model Another welcome addition to Logic’s arsenal of stock plug-ins come in the shape of Vintage EQ. No longer are you restricted to using the Channel EQ, you can now choose from three flavours of Vintage EQ: Vintage Graphic EQ, Vintage Tube EQ and Vintage Console EQ, modelled on some of the most sought-after hardware EQs from the 1950s to 1970s, say Apple. 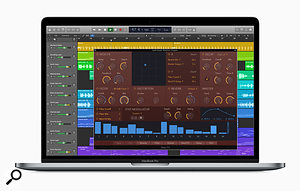 What’s really surprising about this latest update is the inclusion of ARA support. Audio Random Access is a plug-in extension developed by Melodyne makers Celemony and PreSonus and it allows the DAW and plug-in to communicate and share information about audio files, tempo, pitch and more. The main advantage is that you no longer have to record this information to plug-ins like Melodyne in real time. Although few plug-ins currently use ARA — Celemony Melodyne and Synchro Arts Vocalign are two — Apple’s adoption of the technology may give more developers the push to implement it into their own plug-ins.