Published 17/11/22
Iconic monosynth back in production 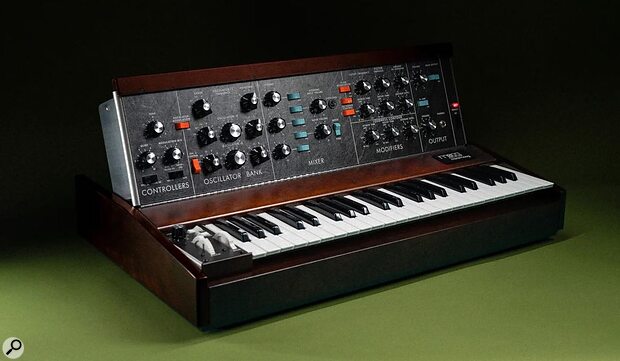 Moog Music have announced that their legendary Minimoog Model D synthesizer has returned to production, more than 50 years since its original release. The original instrument was a groundbreaking development, acclaimed for combining the sound of the company’s large modular systems with the accessibility of of pre-wired modules, allowing to be played instantly and intuitively with no patching required.

The Minimoog was embraced by performers such as Herbie Hancock, Jan Hammer, Kraftwerk, Sun Ra, Parliament Funkadelic, Phil Collins, Giorgio Moroder, Pink Floyd, and Gary Numan, with each of them using the synthesizer to shape unique sounds and create new musical genres. Moog say that the re-introduction of the instrument aims to inspire the next generation of electronic musicians.

This latest edition’s sound engine and audio signal path remain identical to the instrument created by Bob Moog and his team in the 1970s, with the three oscillators, low-pass ladder filter, and saturating mixer retaining the exact component placement and through-hole circuit design of a 1970s Minimoog. Moog have also included the popular functional modifications that were introduced in the synthesizers’s 2016 production run. 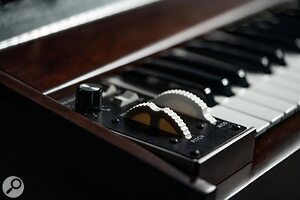 Due to requests from users, the Model D now features a spring-loaded pitch wheel.These modifications include the introduction of a dedicated LFO equipped with triangle and square waveshapes, a premium Fatar keybed with velocity and after pressure available via top panel CV jacks, and a mixer feedback modification which allows users to push the instrument into overdrive with the turn of a knob.

Pitch wheel calibration has also been improved, and due to requests from players, the wheel itself is now spring-loaded and will return to the centre position upon release. Moog have also made updates to the instrument’s MIDI functionality, offering improved integration with modern studio setups.

Each Minimoog Model D is built by hand at Moog’s factory in North Carolina, following the original factory specifications. The company say that the utmost importance is being placed on using high-quality materials, and that all components are careful sourced and crafted in order to capture the feeling of the original instrument. Each unit is housed in a hand-finished aluminium chassis, which is then secured to a handcrafted cabinet made from Appalachian hardwood.

“This attention to detail in materials and build allows us to connect directly to the legacy and character of this legendary instrument. The Minimoog Model D is more than just a collection of circuits in a box—it’s a true musical instrument that is a joy to program and play. Bob [Moog] always recognised the importance of an instrument’s feel, and we’ve gone to great lengths to honour his practices through the re-introduction and manufacture of this beautiful synthesizer.” - Steve Dunnington, VP of Product Development at Moog Music 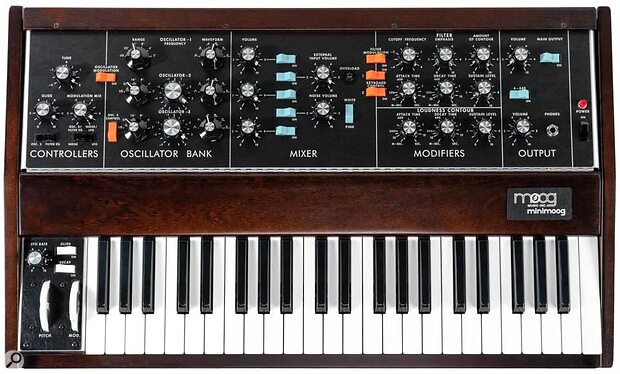 The instrument has been built to the original factory specifications, using components of the highest quality, and comes houses in a handcrafted Appalachian hardwood cabinet.

Moog are also introducing a range of accessories, clothing, and collectables alongside the launch of the new Minimoog. A selection of durable, weather-resistant protective cases and dust covers will help to ensure that the instrument is safeguarded at home, in the studio, or out on the road. Owners and aficionados alike will also enjoy a range of Model D T-shirts, bumper stickers, or even turntable slip-mats!

Goldfrapp’s Will Gregory has collaborated with Moog Music in the run-up to the release of the new Model D, performing one of his compositions with his Moog Ensemble act, with each of the 10 musicians playing their own Minimoog in a historic chapel in Bristol, UK. Instruments from all eras were used for the performance, utilising the MIDI integration of the 2016 and 2022 models, with the vintage instruments connected via MIDI-CV converters.