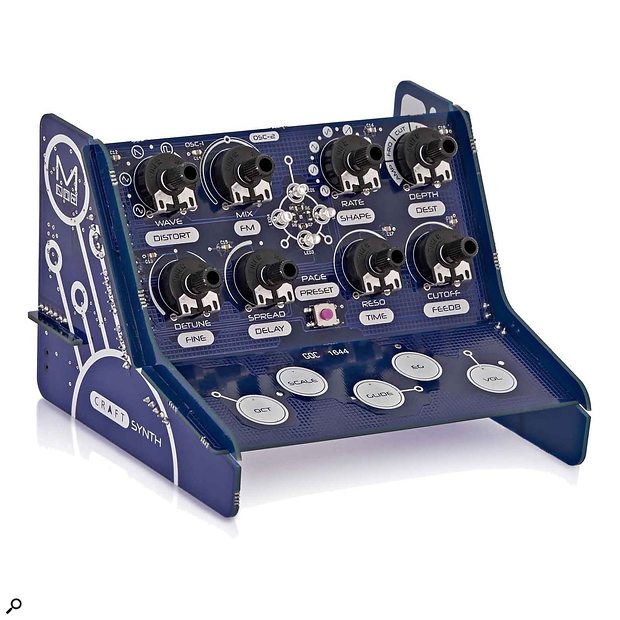 British synth makers Modal Electronics have departed from their usual territory of top-end boutique keyboards with a brand new, and exceedingly affordable synthesizer: the Craftsynth. At only £79, the synth is of the digital, monophonic variety and comes in kit form. According to its makers, it can be built in under 10 minutes without any soldering or specialist tools.

There’s a lot packed into a small package with the Craftsynth. Although there are only eight front panel knobs, the little synth sports two oscillators per voice, with four available waveshapes, plus noise and FM modes as well as a unison/spread mode that splits each oscillator into four separate sub-oscillators for a total of eight detunable oscillators.

The onboard LFO has four wave shape options, can be routed to six different destinations and will sync to MIDI clock if present. MIDI control is possible over USB, but if you’re not connected to an external device, you can also demo your sonic creations with the five-note touch panel interface.

On top of that, there’s resonant low-pass filter and a choice of 16 recallable envelope generator presets which come as standard. According to Modal, these will be tweakable via the Craftapp for iOS, Mac, PC and (later in 2017) Android platforms. Delay and distortion effects are also built in.