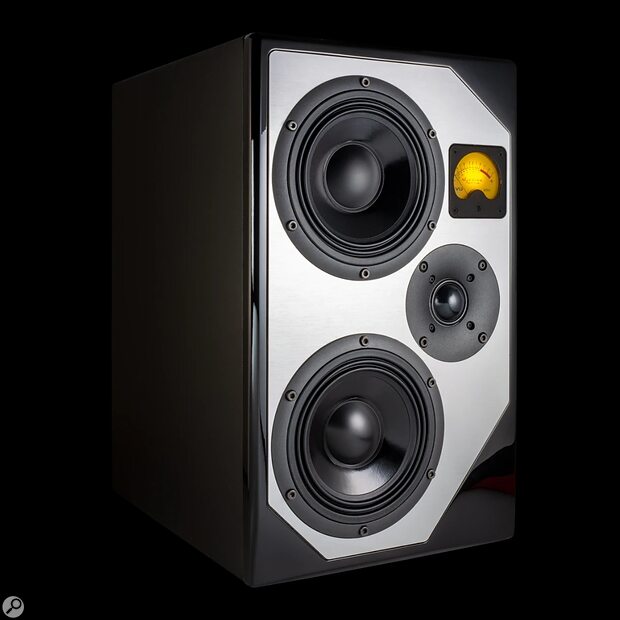 British bass-amp brand Ashdown have just announced a surprise entry to the studio monitor market, with two new nearfield monitors called the NF-1 and NF-2, priced at £999 and £1199 respectively. 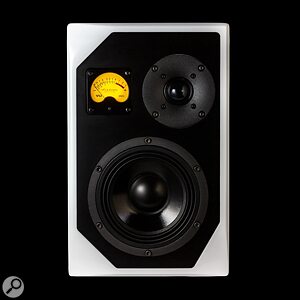 The new speakers differ chiefly in their driver count: the NF-1 (pictured right) is a traditional woofer-and-tweeter job, while the NF-2 (above) is an MTM or D'Appolito design, in which two woofers placed either side of a single tweeter share the job of reproducing bass and mids. Both are thus two-way speakers, and the drivers and amplification are identical in either case: a 5-inch SICA bass/mid driver (or two, in the case of the NF-2) is paired with a conventional soft-dome tweeter, with 120W amps powering each band. The amps are Class-A/B modules, and the crossovers are Linkwitz-Reily types (the signal path is analogue throughout).

Both speakers are sealed boxes, so shouldn't suffer from the port resonances or turbulence that blight many a reflex-loaded design, and both also sport illuminated VU meters on their baffles. We've never seen VU meters on a pair of monitors before, and we can't decide whether the idea is genius or folly, but at the very least, they look nice. 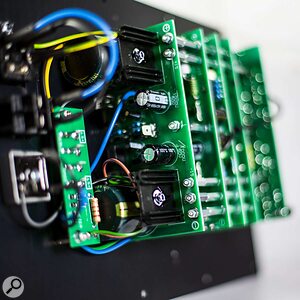 Of greater import, though, is the thinking behind their design. The Ashdown website tells us that they were specifically aiming for performance along the lines of the BBC's venerable LS3/5a, but with greater HF and LF extension. In that context, the sealed cabinets make even more sense, as does their apparent focus on cabinet damping (the birch ply walls, we're told, are corner-lock jointed, extensively braced and coated in long-fibre wool to minimise cabinet resonance).

Delving deeper into the Ashdown website, we found a pair of prototype monitors for sale, which not only suggests that they've been planning their entry to the studio market for some time, but also that they've been experimenting with coaxial speaker designs. Ashdown's monitor designer told us he spent a considerable amount of time refining the NF speakers, and sought input from some of the leading names in loudspeaker design — all of which hints at something rather more serious than an MI brand simply throwing a box together and putting a badge on it.

We await a review pair of Ashdown's new NF-2 monitors with anticipation.