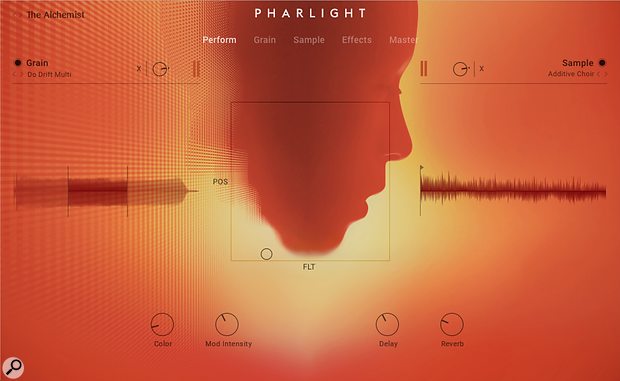 All of Pharlight's samples were sourced, NI tell us, from the human voice — but the nature of granular looping and manipulation, of course, means that it sounds nothing like it. Users can expect “unconventional melodic leads, pads, textures, and more”, we're told, and from what we've heard so far, that describes it pretty well.

In terms of the source audio, NI apparently called upon beat-boxers, choral sounds and even made-up words to build up a formidable collection of 319 samples, which they've distilled into 375 different presets. Those raw samples can be processed at two different levels: the grain module provides tempo-sync'ing, evolving sounds and “otherworldly resonances”, while the sample module offers more traditional subtractive-style sound manipulation.

Pharlight is available now for both Kontakt and the free Kontakt Player, and costs £129. Watch the video below to hear it in action.