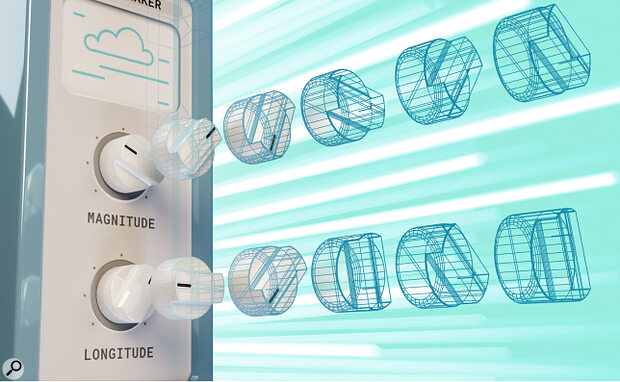 The inspiration for Poly Space came from the company’s Polyscape Kontakt instrument, which they say quickly became a favourite amongst their customers for its ability to create enormous, lush textures. The resulting effect has been created using the same design, but utilising superior audio processing quality and developed as a platform-free solution for use with a wider range of sound sources.

Just two simple controls for the effect are available in the GUI, with Karayani Sounds saying that the complex work is taking place “under the hood”. Magnitude and Longitude control the intensity and length of the reverb, whilst input, output and dry/wet controls are available for level setting and overall mix adjustment.

Over 30 factory presets are included, and a Smart Random button allows users to generate new sounds with a single click. The algorithms that power Poly Space have been specifically developed for the effect, and over 50 combinations of sampled vintage hardware and algorithmic reverbs have been used in their creation.

The plug-in is available now. It is currently being offered for an introductory price of $24.90 until 15 August 2022, after which it will be priced at $49.