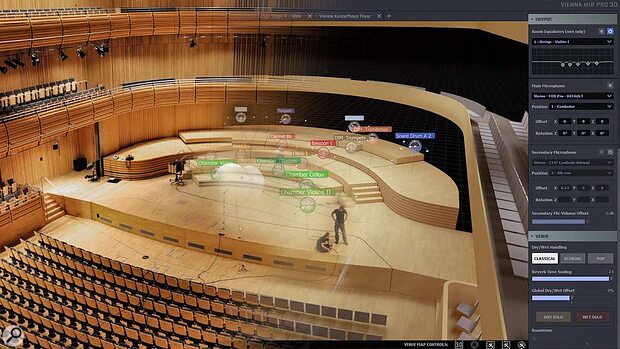 Based on VSL’s groundbreaking Multi Impulse Response convolution technology, the company say that MIR Pro 3D allows any audio signal to be authentically placed in a “multi-sampled” room, with users able to choose MIR 3D RoomPacks which feature responses from world-renowned scoring stages, concert halls, studios and churches. One free RoomPack can be chosen with a purchase of MIR Pro 3D, with additional packs available separately from the VSL store. 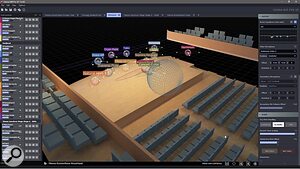 A new preset management system has been implemented, with a wealth of factory presets included with the software. Pre-configured Venue Presets allow for a quick and easy setup, and users are able to create their own presets, switch between them instantly, or even mix and match them thanks to a ‘Roles’ facility for individual sound sources. Multiple rooms (or different setups of the same rooms) can be used alongside each other, and instruments or entire sections and orchestras can be dragged and dropped between spaces.

Check out the video below for an in-depth explanation and demonstration of the new features.

The software is fully compatible with existing Vienna MIR Pro projects (although MIR 3D RoomPacks will still be required). For projects integrated with Vienna Ensemble Pro 7, the free update of VE Pro 7 will be required.