Polyend team up with Pete Cannon 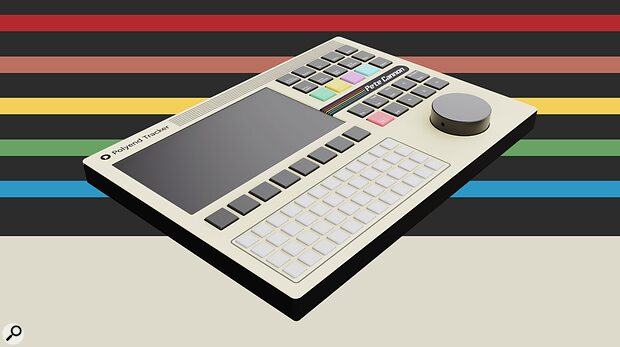 The Tracker, as we reported last year, is a standalone device that combines a powerful sampler with a sequencer based on the proto-DAWs of the late '80s and early '90s. These text-based sequencers, called trackers, ran on early home computers like the Atari and Amiga, and were integral to the development of hardcore and jungle, with artists like Remarc and Omni Trio using them to devastating effect on genre-defining tracks like R.I.P. and Renegade Snares.

Even in drum & bass circles, most producers have moved on to modern DAWs, but Pete Cannon's legendary abuse of beige boxes has made him the ideal candidate for a Polyend partnership. His involvement is more than skin-deep, too: in addition to the new retro look (designed by Pete himself to evoke the retro hardware he uses every day), the Pete Cannon Artist's Edition Tracker comes pre-loaded with a huge collection of Pete's own samples (including breaks, pads, stabs, synth sounds and effects), plus four complete productions made with the Tracker. It even ships with those same productions pressed on a Polyend-exclusive vinyl EP.

Only 300 Pete Cannon edition Trackers are being made, and they're selling now for $799 (including shipping) on the Polyend website.

In other Pete Cannon news, our Video Feature about his authentic jungle production setup has just passed a massive 300,000 views on YouTube. So, if all this talk about trackers has got you misty-eyed but you've not seen the video yet, click below to see Pete's Akais, Ataris and Amigas in action.