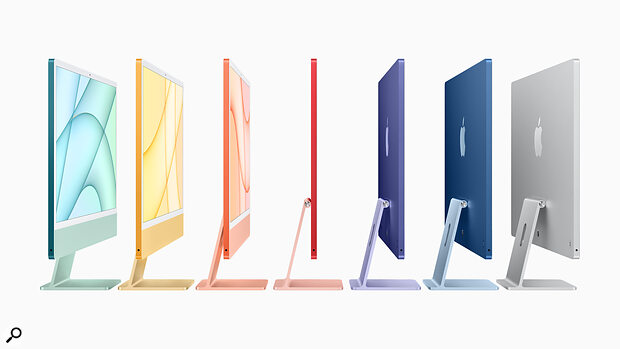 Apple have just announced a new iMac design — the first in their long line of all-in-one computers to be based around the company's new Silicon architecture.

Sporting a 24-inch screen with 4.5k Retina resolution, the new iMac is just 11.5mm thick and, in a nod to the original CRT-based design, is available in a range of pastel colours. As you'd expect, various iMac features have been refined or updated (the camera is now a 1080p job, the power cable connects magnetically, and you can optionally order it with a new Touch ID-equipped Bluetooth keyboard), but perhaps of most interest to musicians is its array of six speakers. These comprise two pairs of woofers and two tweeters, arranged such that, with a little help from some DSP, they can reproduce Dolby Atmos immersive audio.

The cheapest of the new iMacs is designed for the education sector and comes with a 7-core M1 CPU, while all the other models use 8-core chips. The basic RAM allowance is 8GB, while SSD storage starts at 256GB. If those numbers sound a little frugal, remember that Apple recently split their iMac range into consumer and pro versions — we expect an iMac Pro model to be announced soon, and with rather beefier specs.

In other Apple news, the new iPad Pro has also been announced, and is also based around Silicon architecture. Again, it's been spruced up with a new camera, a LIDAR sensor and a better screen, among many other enhancements, but for audio users the headline feature will likely be its new Thunderbolt and USB 4 compatibility. 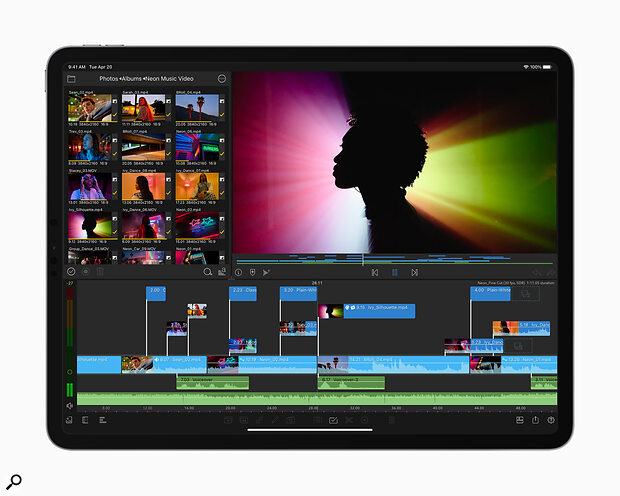