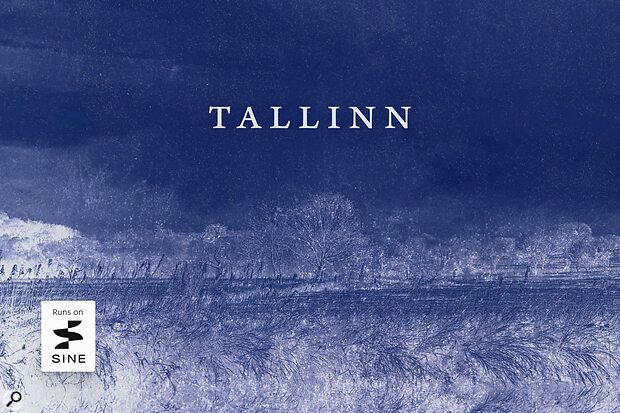 Berlin-based sampling experts Orchestral Tools have just announced the release of Tallinn, a 43GB (92GB uncompressed) software instrument named after and recorded in the capital city of Estonia. Tallinn combines meticulously recorded samples of the world-famous Estonian Philharmonic Chamber Choir and the Tallinn Chamber Orchestra, both captured in the city's mediaeval Church of Niguliste (St Nicholas), as well as that church's two organs. The combined effect, say Orchestral Tools, is “a pure, wintry sound that reflects a Nordic aesthetic”. 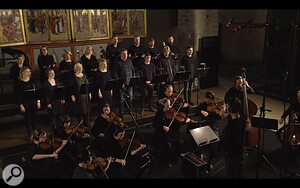 The Grammy Award-winning Estonian Philharmonic Chamber Choir comprises 16 singers (eight male and eight female), and for Tallinn the ensemble are split across four independent vocal parts. Orchestral Tools were apparently keen to focus on the choir's quieter, subtler performances, and we're told that Tallinn's choral samples can provide a range of tones from “dark and moody” to “serene and calm”. The phrases recorded were all sung in their native Estonian, adding a Baltic flavour to the library.

The Tallinn Chamber Orchestra, meanwhile, comprises violins, violas, cellos and basses. Each instrument group was recorded playing a wide variety of articulations, including all the usual suspects (staccato, sustain and so on), as well as some lesser-heard techniques such as flageolet (harmonics), and a 'pure tone' long sustain without any vibrato, for “a modern and distinctly Estonian sound”.

Finally, the two organs comprise a 1981 Czechoslovakian-made pipe organ (four manuals, 63 stops and 4711 pipes) that is sited in the organ loft in the Church of Niguliste, as well as a more recently acquired North German Baroque organ, a dual-manual seven-stop instrument located in the northern wall of the nave.

The Orchestral Tools website has some impressive audio examples of Tallinn in action, and it's certainly an unusual-sounding addition to their fast-growing product range. There's none of the bombast you'd expect from a Hollywood-style collection, but the intimate acoustic of the church lends Tallinn a sombre dignity that you may struggle to find elsewhere.