Published 20/4/21
Most affordable MPE synth ever? 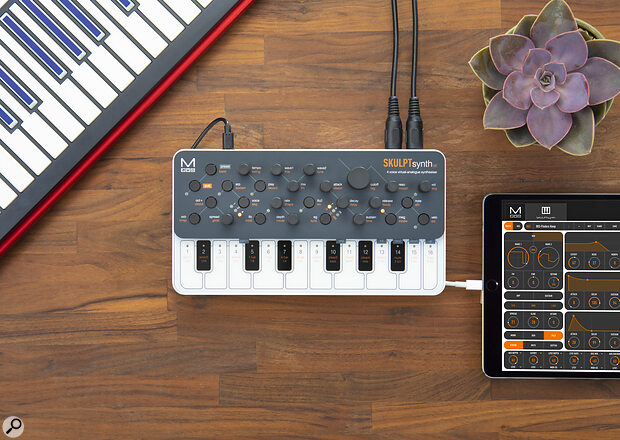 Like its predecessor, the SkulptSynth SE is a four-voice instrument, each voice boasting eight oscillators (for 32 oscillators in total). It sports two LFOs (one global, one polyphonic), morphable filters, an integral 16-note touch keybed, and a built-in sequencer. As with Modal's premium instruments, you can hook it up to a computer or Android/iOS mobile device, and perform in-depth edits using the ModalApp. For those who want to get making a racket straight away, the SkulptSynth SE will ship with a full 127 brand-new patches.

The SkulptSynth SE is due to go on sale in mid-May, for the tantalising price of just £169.99 — which Modal say makes it the most affordable MPE-compatible synthesizer available today.