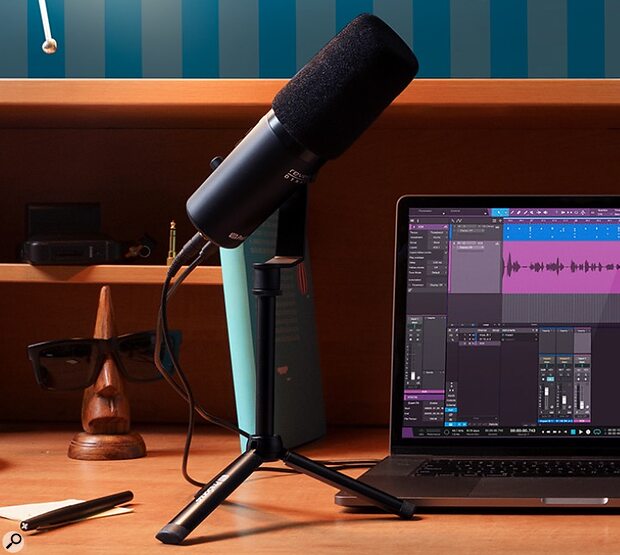 PreSonus have announced two new additions to their Revelator series of USB microphones and interfaces. Visually, the new Revelator Dynamic takes its cues from the classic broadcast models from the radio era, but adds modern conveniences such as USB-C interfacing and bus-powering, headphone monitoring, and a software processing and mixing system that lets you apply broadcast-style compression, EQ, and even reverb and other creative effects, and which also lets you control the levels of different apps, for adding backing music to live streams, adjusting your Zoom call volume, and so on.

The Revelator Dynamic can work at up to 24-bit/96kHz, while the mic's dynamic capsule — based on that of PreSonus' PD-70 model — is said to provide excellent vocal clarity and superior off-axis rejection.

Included with the Revelator Dynamic package is a PTS-1 extendable desktop stand, a copy of PreSonus' Studio One Artist DAW, and the comprehensive Studio Magic bundle of software instruments, plug-ins, samples and tutorial videos. 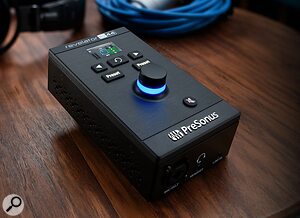 Next up is a new audio interface, the Revelator io44. An ultra-compact desktop device, the Revelator io44 sports a mic/instrument combi input, a stereo line input on mini-jack, a TRRS headphone/headset output, and a stereo pair of monitor outs. All of its features can be controlled using the top-panel encoder and buttons, alongside possibly the cutest colour screen we've ever seen on an interface. The display looks surprisingly hi-res and informative, but for more detailed control it's also possible to access the io44's features from an iOS, Microsoft or Android tablet connected via WiFi.

Like the Revelator Dynamic, the new Revelator io44 includes a built-in mixer that lets you set up foldback mixes, adjust different app levels, and send the audio output from one app to the input of another. Plus, it too ships with Studio One Artist and the Studio Magic bundle.

The PreSonus Revelator io44 carries a price of $179.95. To see the new interface in action, check out PreSonus' introductory video below.