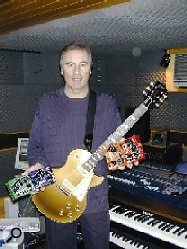 With so many exciting new products launched in the last few months, it’s been a while since we’ve brought you news of any competition winners, so here goes...
In August 2003, our competition prize was a set of Aphex Exciter stomp boxes, donated by Pure Distribution (+44 020 8963 4790/www.pure-distribution.com). The three sets of four pedals were won by Chris Palmer (pictured right) from Kingston in Surrey, Jeff Knightly from Wandsworth and Paul Gardner from Bristol. 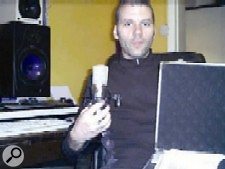 In July 2003, we gave away seven MXL condenser mics, courtesy of UK distributors Yamaha-Kemble. The top prize of an MXL V77 tube mic was won by Steve Wescott (pictured right), who runs a small studio in North London called Substream Productions.
The second prize, an MXL V69 tube mic, was won by John Gleadall, a music teacher at Park Community School in Havant, Hampshire.
The five other winners all received an MXL 990 FET condenser microphone. They were: Tom Taylor from Bristol, Mick Crossley from Cambridge (pictured below), Rob Boole from Horsham in Sussex, Alwyn Walker from Hillsborough, Co.Down and Susan Arnold from Worcester Park, Surrey.
Congratulations to all of you! 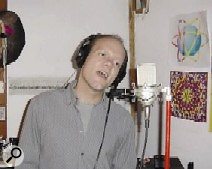 The A-Z Of Audio Interfaces
1 month 19 hours ago.