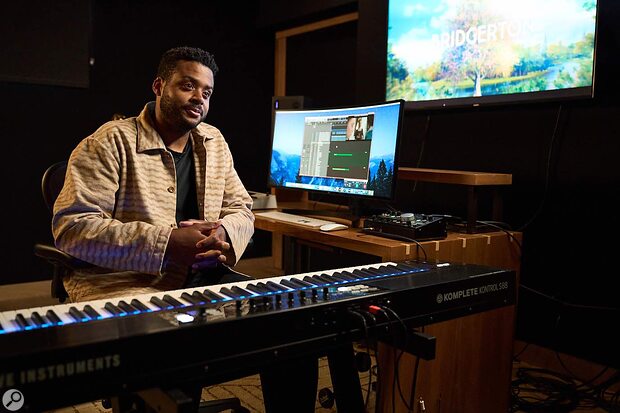 Spitfire Audio have teamed up with Emmy Award-winning composer and pianist, Kris Bowers (King Richard, When They See Us, Space Jam, Green Book) to offer the composing community an amazing opportunity to showcase their skills. This latest competition gives composers the chance to score a clip from the first season of the hit Netflix drama series, Bridgerton.

Spitfire Audio have secured an unscored clip from episode five of the first season of the show, where the Queen finds out about a change of plans and Daphne Bridgerton prepares for her marriage to the Duke of Hastings. Entrants can download the 90-second clip from Spitfire Audio’s website, and then create and submit their own score. Kris Bowers, who has received two Emmy nominations and a Grammy nomination for his work on the show, will pick the winner and four runners-up.

The winner of the competition will receive the Spitfire Audio Everything Collection, which contains every Spitfire Audio library on two external SSDs, a bundle which is worth over £20,000$20,000 if bought separately. In addition to this, they will also receive a one hour digital one-to-one mentoring session with series composer Kris Bowers, along with a score from Bridgerton signed by Kris. The four runners-up will each receive the Spitfire Audio Symphony Complete Professional Bundle, along with a signed Bridgerton score.

To get started, entrants can download the music-free Bridgerton clip from the Spitfire Audio website, and complete their score in the DAW software of their choice. Any of Spitfire Audio’s libraries and virtual instruments may be used (including LABS and BBC Symphony Orchestra Discover, which are available for free) in addition to any other music-making software.

Once complete, the video can be uploaded to the entrants’ own YouTube account (and set to ‘Public’) with the newly created score, accompanied with the tag #mybridgertonscore. Finally, entrants are able to submit their work via an application form on Spitfire Audio's website.

The deadline for entering the competition is Wednesday 24 August 2022, at 5pm BST. The winner and four runners-up will be announced on Thursday 6 October 2022, at 5pm BST. More information, along with the video clip and submission forms can be found on the Spitfire Audio website.