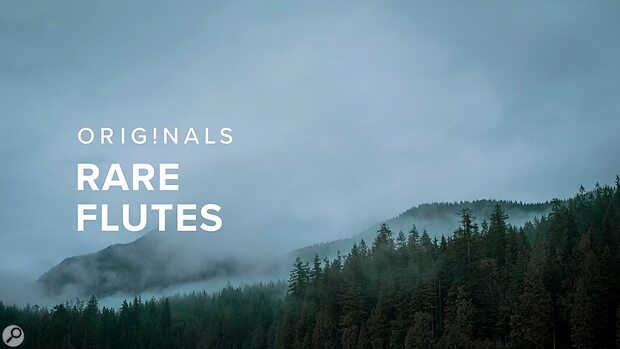 Spitfire Audio have released Originals: Rare Flutes, a new sample library that offers a collection of eight flutes sourced from all over the globe, all played by world-renowned flautist Andy Findon.

Each of the instruments have been purposefully recorded in a dry acoustic space in order to provide users with maximum control over the final sound. Three signals are present within the plug-in: Close, Room, and Super Reverb. The Close signal delivers a mix created using a selection of ribbon microphones closely placed to the instruments, offering a clear and direct sound, whilst the Room signal has been captured using a stereo pair placed slightly further back. Super Reverb then introduces a long decay which has been created using a range of analogue processing effects.

Four controls are included to help users tailor the library’s sound, with a Release parameter offering some control over the length of the included Longs patches, and a Tightness control cutting further into the start of a note — a method which Spitfire say does reduce the realism of the sounds. Two more controls then allow users to dial in their desired amount of vibrato, as well as treat their patches with the library’s built-in reverb.

Originals: Rare Flutes runs within Spitfire Audio’s own plug-in, which supported on PCs running Windows 7 and above, and Macs running macOS 10.13 up to macOS 12. It is available in AU, VST2, VST3 and AAX formats. The download size for the library is 3.94GB.