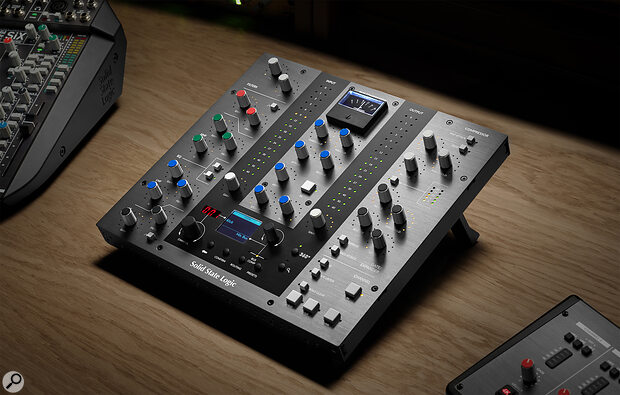 SSL have followed up their eight-fader UF8 surface with the UC1, a dedicated controller for their Channel Strip 2 and Bus Compressor 2 plug-ins.

The UC1 essentially mimics the channel strip of a large-format analogue SSL console, including the dynamics (compressor and gate) processing, and the four-band (plus low- and high-pass filters) EQ section. At its centre is another set of encoders for controlling the SSL Bus Compressor plug-in — complete with an illuminated moving-coil gain reduction meter. Channel navigation, preset selection and routing are handled by the buttons and encoders at the bottom, with visual feedback of parameters coming courtesy of a hi-res LCD screen.

SSL are providing copies of their Channel Strip 2 and Bus Compressor 2 plug-ins with each UC1 sold, so you'll be able to get started with it straight away. The two plug-ins are based on the channel strip and bus compressor found in their top-of-the-range XL 9000K analogue console, and are available in all the usual plug-in formats.

The UC1 connects to computers via USB, and communicates with it using the same SSL 360 app that was introduced with the UF8. Like the UF8, the UC1 can also switch between controlling up to three different DAWs. It's available now, priced at £598 (including VAT) in the UK, or $849 in the States.

Naturally, we'll be bringing you an in-depth review in an upcoming issue of Sound On Sound. 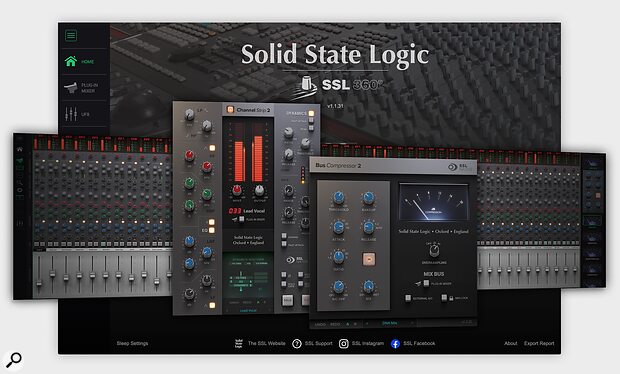