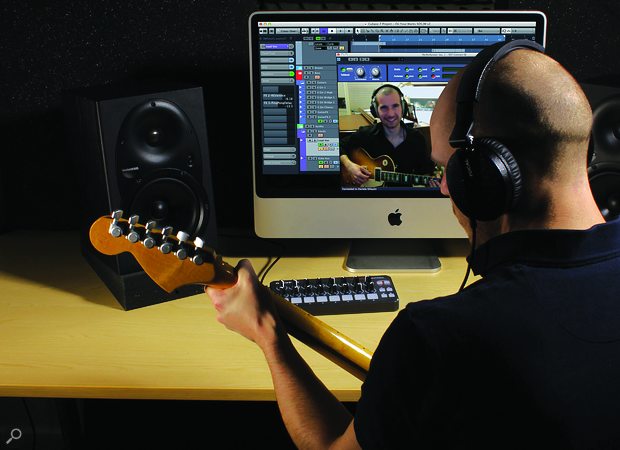 Staying sane during social isolation isn’t easy, but a number of software companies have stepped up to the plate to offer either discounts or price-waiving on some of their audio tools, or in some cases generous demo terms that let you use their premium software for free for an extended period.

We’re getting news of offers sent to us all the time and we’ll try and be as inclusive as possible, but if you know of any special offers that we’ve not listed here, please feel free to email the SOS news desk at news@soundonsound.com.

Arturia
Currently offering 50% OFF Analog Classic software instruments. Their Pigments soft synth is also free to use until July 3rd.

Axsens Music
German DJ and producer Jon Sine has, through his record label, released a free Quarantine Kit sample library, which contains over 500 samples and sound files, including loops, one-shots and Serum patches.

EastWest
60% off ALL products, and a reduced annual price of $199 for a Composer Cloud subscription.

Lauten Audio
Throughout May, Lauten Audio are offering discounts of up to 20% across their entire range of microphones (US customers only).

Mammoth Audio
Vikram Gudi's company Mammoth Audio are giving away a free version of their acclaimed Density software instrument. The Lite version contains 85 samples, as uses the same GUI as the full edition.

Mix With The Masters
Until 12th June, Mix With The Masters are offering a 20% discount to SOS readers who take out a Pro subscription to their premium online seminars and masterclasses. Just follow the link above and use the code STAYHOME-SOS.

Nugen Audio
Plug-in makers Nugen are offering 20% off their entire software range, as well as a two-month licence extension on select plug-ins for users with iLok authorisation.

Plugin Alliance
Free 30 day trials of ANY of their plug-ins (all 124 of them!), and all previous trials have been reset, so you can still try out software if you’ve used a trial version before.

PreSonus
PreSonus have not one, but three stay-at-home offers on the go. As part of their Create While You Isolate promotion, their popular Studio One and Notion packages are currently selling for a 30% discount. The offer was originally due to expire at the end of May, but has been extended to cover June as well. Meanwhile, and also lasting until the end of June, anyone who buys a Quantum 4848 interface will get a free Monitor Station V2 thrown in. Finally, anyone buying a StudioLive Series III console before the end of the month will receive a free Earmix personal monitor mixer.

Sennheiser
Throughout May, and to celebrate the 20th anniversary of the HS 280 Pro, Sennheiser are offering their classic closed-back design for a reduced price of €79 (in the EU).

Sonible
New Balancer auto-level-setting plug-in released free of charge. In addition, they’re giving away a free 80’s-style arcade game, and whoever gets the highest score on it each day wins one of Sonible’s premium plug-ins!

Soundtoys
The Effect Rack, a multi-effects plug-in that includes some of Soundtoys' most-loved effects (including Echo Boy and Decapitator) will be completely free to use up until 30th June.

Spitfire Audio
British sampled-instrument experts Spitfire are offering their BBC Symphony Orchestra Discover instrument for free, as a way of helping aspiring composers who can't stretch to the normal £49 price. All you have to do is complete the questionnaire at the link above.

Steinberg
In keeping with the spirit of self-isolation, Steinberg are offering a generous 50% discount on their VST Connect remote-recording software tool, until 30th June.

Sweetwater & iZotope
US customers can get a copy of iZotope's acclaimed Ozone Elements 9 absolutely free, thanks to a tie-in with online retailers Sweetwater.

Synchro Arts
Throughout May, Synchro Arts are offering their acclaimed ReVoice Pro and VocAlign Pro time-alignment software for half its usual price. In addition, all owners of existing licences for their software will receive an extra 90-day licence for free, to help out users who have been ill and thus unable to use their software.

TapeWrm Audio
New software company TapeWrm Audio are offering their Producer's Bundle of creative processing plug-ins for just $60, down from the usual price of $110.