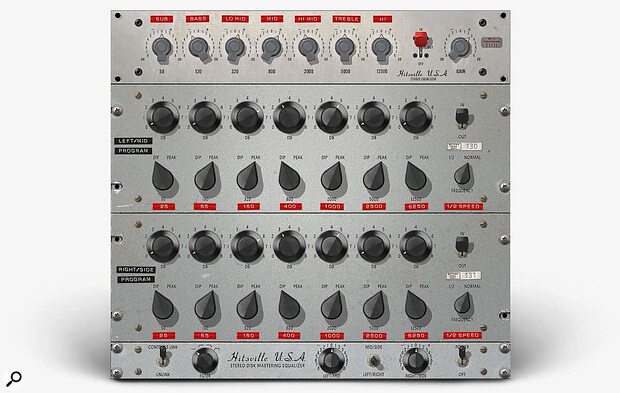 Universal Audio have announced that a new Hitsville EQ Collection will be released this week alongside v10.1 of their software, and will be available for both Apollo users and UAD Spark subscribers. The collection features emulations of custom-built equalisers that shaped the legendary Motown sound, and are the only plug-ins to be officially licensed by the Hitsville U.S.A. studio.

The emulation features an all-purpose graphic equaliser, as well as a mid/side disc mastering equaliser section. The entire electronic path of the original devices has been modelled, including the transformers, makeup amplifiers, EQ band interactions and internal clipped filter distortions. The plug-in comes with a selection of UA artist presets from Bob Olhsson, Michael Brauer, and more.

Alongside the new plug-ins, UAD Software v10.1 also brings with it some updates for Mac users in the form of retina graphics for the Studer A800 and Lexicon 224.

Hitsville EQ Collection is available now for $299 as a UAD plug-in, or is included with a UAD Spark subscription (which costs $19.99 per month).