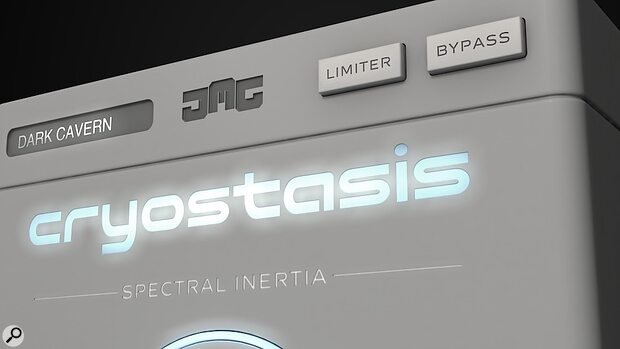 United Plugins have announced the release of Cryostasis, an effects plug-in developed by JMG Sound. Described by the companies as a spectral inertia effect, Cryostasis progressively smears audio sources until they are infinitely frozen, using spectral effects to shape the resulting tail into atmospheric soundscapes.

The GUI centres around a continuously variable Freeze knob which controls the overall freeze effect: at its minimum value (0%) audio is unaffected, and at 100% the incoming sound is held infinitely. Unlike other freeze plug-ins, this allows users to smoothly transition into and out of the effect, or to partially freeze a sound and create time-smearing effects. The control can be automated, or triggered by a button underneath the knob, which moves the control from 0 to 100 % over a user-specified time or musical measure. 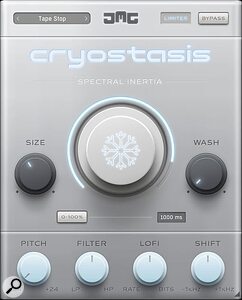 Cryostasis' freeze effect can be controlled manually, with automation, or set to transition over a specific time or musical measure.A Size parameter alters the time length of the spectral window, offering a way to change the sonic character of the resulting effect. Low values will sound robotic and unnatural, whilst higher values will result in smoother and atmospheric sounds. Cryostasis also makes use of reverb to process the freeze effect, and a Wash parameter allows users to adjust the amount applied, with a wide range of results possible.

Cryostasis is available in VST, VST3, AU and AAX formats, and is supported on systems running Windows 8 or Windows 10, or macOS 10.10 and above.

Cryostasis is available now from the United Plugins website, and is currently available for an introductory price of €19. After 13 November 2022, the price will increase to €79.