Mirek Stiles is head of Audio Products at Abbey Road Studios and is on the board of their Red incubator project. Here he chats to Hugh Robjohns about his side project, the Spatial Audio Forum and how everyone can get involved in creating 3D audio environments using basic recording equipment. 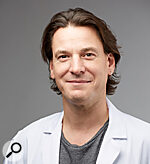 Mirek Stiles started working at Abbey Road Studios as a recording engineer in 1998, on a diverse range of projects including The Lord Of The Rings trilogy, The Beatles Anthology, Muse, Kanye West, Nick Cave and the Bad Seeds, and Paul McCartney. Mirek also worked as a Digital Producer in the Abbey Road Interactive department on a range of Blu-ray titles including Roxy Music, Ringo Starr and Reservoir Dogs.

Today, Mirek runs the studio’s Audio Products department leading development of a range of software and hardware releases, based on Abbey Road’s historic recording IP, with partners Waves Audio and Chandler Limited. Mirek also sits on the board and acts as an advisor on the Abbey Road Red incubation programme and is currently exploring and experimenting with Spatial Audio over headphones, ambisonics, spatial microphone arrays and game engine workflow. Recent projects include collaborations with film and video game composer Stephen Barton (Jedi: Fallen Order), joint research with the University of York and University of Huddersfield and chairing the Abbey Road Spatial Audio Forum, which brings together members from gaming, broadcast, VR, music production and film.

Mirek’s expertise spans over 20 years within the studios, from analogue and vintage recording workflows through to the latest immersive medias, including Six Degrees of Freedom Virtual Reality and Dolby Atmos capturing and rendering options. 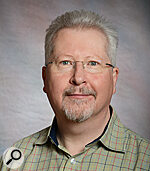 Hugh Robjohns has been Sound On Sound's Technical Editor since 1997. Prior to that he worked in a variety of (mostly) sound-related roles in BBC Television, ending up as a Sound Operations Lecturer at the BBC's technical training centre.

He continues to provide audio consultancy and bespoke broadcast audio training services all over the world, lectures at professional and public conventions, and occasionally records and masters acoustic and classical music too!