Olivier Alary and Johannes Malfatti have been collaborating on music projects for the past 20 years. Here, they take us behind the scenes on the techniques that they utilised to create their latest collaborative album 'u,i', which features the use of VoIP technology to process sound. 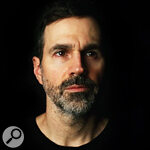 Originally from Toulouse and now based in Montreal, Olivier previously worked under the Ensemble alias, in which Johannes participated as mixer, arranger and co-writer. Ensemble’s 2000 debut (on Aphex Twin’s Rephlex label) led to Björk drafting Olivier to co-write the track ‘Desired Constellation’ and remix several others. After releasing two further Ensemble albums on FatCat, Olivier has focused increasingly on film music and has composed the music for over 40 fiction films and documentaries, some of which have received prestigious awards and screenings in Europe, the US and China.
www.olivieralary.com 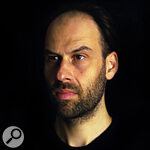 The first collaborative release under their own names, ‘u,i ’ continues the pair’s long-standing research exploring the grey areas between noise and musicality, the acoustic and electronic.
www.johannesmalfatti.com/