Alex Ball has built a reputation as one of the most informative and interesting synth historians of the YouTube age.

Starting with short videos about specific instruments, his work has grown into more in-depth and elaborate explorations of the companies behind the instruments and the people who used them.

Over the last year or so, Alex has been busy producing one of the most detailed examinations of the ARP company, its founder Alan R Pearlman, and the numerous people involved in making the American synthesizer manufacturer one of the most revered brands in the industry. This documentary film was made for the Alan R Pearlman Foundation, headed up by Alan’s daughter Dina Pearlman, with their full support. 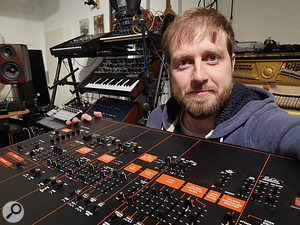 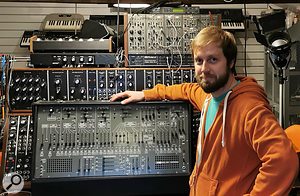 By day, Alex Ball is an award-winning media composer, producer and instrumentalist. By night, Alex explores his passion for synthesizers and the history of music technology, and has made documentaries covering the stories of the Roland Corporation, ARP Instruments, the Prophet Synthesizers, the Linn LM‑1 digital drum machine as well as breakdowns of iconic film scores such as Terminator 2, Escape From New York and Predator.