Business End enables you to have your demo reviewed by a panel of producers, songwriters, musicians and managers. 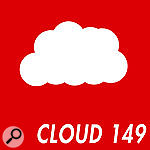 Paul Hollis (PH): "They've got that Frankie Goes to Hollywood bass drum down well though, haven't they? The first track's very polished, you can imagine it being used on a corporate video or something — that's how clean it is."

Nikki Harris (NH): "I think the first track might be good to introduce them when they're playing live or something but I don't think it's particularly representative of the rest of the songs."

Brian Campbell (BC): "Yeah, they're really different, I thought it was a different band to start with. When you've got a track that's obviously supposed to be an intro — like it's only one minute long and there are no vocals — you've got to wonder why it doesn't sound like the rest of the songs.

"I'd like to see it like dirtied up a bit, it's too clean at the moment and that makes it sound even more '80s."

NH: "That's it though isn't it? But at least they've done that well and they've been successful in that."

TS: "They've completed the coursework then. It's just not original though, is it?"

NH: "No, not at all, and it doesn't even have the hooks that the likes of the Eurhythmics have."

TS: "Liverpool's full of bands that are '60s retro. You've got to blame the La's for it really — a lot of them are copying those sort of Gerry and the Pacemakers sounds like the La's did. This is just as bad, in the sense that it just doesn't have an original take on it, it's not like it's moved on or progressed — it's just a straight copy."

BC: "Apart from the distorted guitars maybe, but then that was still there at the time to some degree."

TS: it just sounds like a homage to that sort of style — it's just like what the Rutles did."

NH: "The '80s stuff was going to come back and that's just what they're doing. It was kind of inevitable."

BC: "Ladytron are doing this sort of thing but they're being much more original with it and I think they come across as being a lot more credible because of that."

NH: "Yeah, I think it would sit well in an Evol night, which is the club that the Ladytron DJs do."

BC: "I just don't think there's anything original about this and I find that really off-putting. I think the recording's far too clean, it sounds like '80s compressors and reverbs being used on it — and maybe that's the point but it's exactly the kind of thing I don't like."

PH: "They're good — they're competent and they're very good at what they do. There's just not a lot of emotion to it though."

BC: "This sounds a bit like Hope of the States. It seems a bit too muso for me, like they're trying too hard.

"With the recording, it seems like everything's in its own separate place rather than going along together as one song." 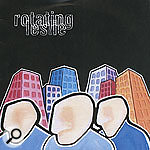 PH: "I hate the vocal, it sounds really soulless and forced, like he's trying to be someone else instead of himself."

NH: "I like the beginning of the third track, the bit with the guitar part — that's really nice. I'm not very keen on the rest of it though. It'd be interesting to hear something acoustic by them, just to like strip it down and see what there is."

BC: "I never trust bands who use Trace Elliots on the bass. Not that I would have known that they were using one if I hadn't read their letter. I just don't like them, they've got no drive to them, it's a really clean sound and I don't like that."

TS: "The recording's really un-warm, it's got a really cold sound with no bottom end to it. There's just no bass. I think I actually prefer the sound of a rotating Leslie — they should record one of them, you get a nice little click every time it goes round.

"All bands seem to sound like somebody else, unless they're really great. It's very hard for bands to get away from that. It's either Radiohead or Oasis, they're the bands that everyone's sounded like for the last 10 years, that or the Beatles. Y'know what I mean — they all sound like someone else.

"The singer on this sounds like Paul Draper out of Mansun."

PH: "Yeah, the vocalist out of Hope of the States, his hero's Paul Draper, he used to interview him and do fanzines and stuff and his vocals are just like this."

TS: "The best advice you can give them is to just be themselves more. I mean they're talented, they can obviously play and write tunes, but you've got to be yourself or you'll just sound like everybody else."

BC: "There aren't any original sounds on this but I don't think the songs are that original either — they're not taking any risks."

PH: "It doesn't seem like they're a band that practice in a room every day, it sounds like they've been practicing once a week and then they've got together for this recording. They're hardly going to set the world alight with this, are they?"

BC: "I think the recording's too clean, and again it sounds like they're not taking any risks. Be bolder!"

TS: "I think the recording's good, I think they've probably got a problem with their monitors because the bass isn't loud enough. I think it sounds good, the bass is just far too quiet though. I recommend they book in here. Yeah — be yourself and spend a couple of days in Elevator, that'll make all the difference." 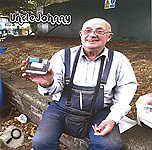 BC: "Yeah, but I like that, it's interesting. There are different elements of detail in the production and everything. It sounds like a cross between Beck and Elliott Smith."

NH: "You can definitely hear the Beck in there and maybe a bit of Beatles too."

BC: "This is so much more refreshing than the last two we've listened to 'cause it's something different — it's someone taking a few risks."

NH: "He says in his letter that he's just done at home on quite a basic PC setup and it's a really good recording."

TS: "He's got loads of compression on this, it sounds really nice."

PH: "It's hard to analyse this, you just want to sit back and listen to it for what it is. It's hard to give him any advice 'cause he seems to being doing really well already."

BC: "I think the sleeve is fantastic — it's brilliant."

BC: "With the other two bands we've listened to you can imagine them just having a shot of the band members or something for their publicity, but this shows a bit more tact and credibility."

PH: "It's always the way with demos — you get loads where it looks like they've spent more time on the cover than the music and then you get one with a handwritten label and they're always the best."

NH: "Sometimes people can try far too hard with cover art, but with some bands it just comes naturally. When we got the Little Flames' demo, they'd just done the cover themselves and it was a bit abstract and it wasn't too over the top and that combined with the music did make it stand out. Cover art really isn't a necessity though. We listen to all the demos we get — regardless of how good the sleeve is."

BC: "Apparently John Peel got sent 'Teenage Kicks' on a cassette tape wrapped in a piece of paper with 'John Peel, London' and a stamp on it. And he said that that attracted him more. I think bands can definitely try too hard with this sort of thing."

NH: "If it's something really glossy and interesting and then the band's actually quite normal you just feel disappointed."

TS: "They should be spending all that time on the music."

NH: "It's not like it's got to look like a real CD or anything, and most people are looking for something that's earlier on than that stage, d'you know what I mean?"

TS: "I think the artwork's important because it's the first thing you see and it's like a first impression. We had this band in called the Altericks and when they dropped their CD round the first thing you noticed was the artwork. It wasn't amazingly high-tech or expensive, it was just a good idea and that's what's important. It was the same with the Little Flames, actually. I really liked the name and they had some artwork on the wall of their rehearsal room and I thought 'that's great, that is', and you just know that there's a creative mind behind it."

NH: "Yeah, Matt from the Little Flames does their artwork and Ian from the Coral does their stuff, that's just them — that's what they do."

BC: "I love it when a band come up with their own videos and their own artwork and you get a whole package."

More recently he has worked as a tour manager for EMI, looking after Mansun and many others on the road. Today he manages Liverpool-based band the Open (pictured above) who have recently signed to Polydor.

Five years ago Tim had a small private studio in Liverpool which he has developed into a fully commercial facility named Elevator Studios.

Over the last two years Elevator has played host to the Coral, the Zutons, Ian Broudie, Clinic, Ladytron and many others. Most recently Tim has been producing the Altericks.