Business End enables you to have your demo reviewed by a panel of producers, songwriters, musicians and managers drawn from the MPG (Music Producer's Guild). 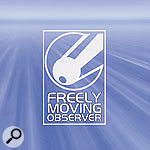 Dave Fowler (DF): "Finally I think I've found an English equivalent to The Ben Folds Five, although this is not as good. I particularly like the melodies in the first two tracks and they could be really good songs if he hadn't whacked an appaling amount of keyboard strings over the top. He's also chosen the worst drum and piano sounds, so for a bloke who professes to have done a degree in sound engineering, this is a disappointing production.

"On the plus side, I love the sound of his voice and his style of piano playing, so he should keep those elements and combine them with a live drummer, live bass player and a real piano. Then he'd have an English equivalent of the Ben Folds Five with the potential to be massively popular.

"When you are working on your own you can just chuck stuff in, but it's embarrassing to bring weak ideas to a band practice. Interestingly, when Ben Folds did a solo album it sounded more like this demo because the music was one directional and that was because the other two in the band hadn't had any input. If he doesn't want to collaborate with a band then I think he needs a producer to tell him what should and shouldn't be in the tracks.

"His cover art is nice and slick but it's ruined by the picture of him picking his nose on the back!"

Matt Ward (MW): "I think the songs have a lot of potential. He's quite talented but he hasn't done himself any favours by using the poor-sounding instruments to express the songs. Nevertheless, you can tell that he's talented because it is one of those demos in which you hear lots of influences. The first track reminds me of Badly Drawn Boy, and the start of the second song is like The Manic Street Preachers, but because his influences are well mixed together it never sounds like a copy of just one band.

"In his letter he states that he has written some musicals for a college theatre production and I can hear a lot of musical-influenced stuff in there — particularly with all the strings and piano parts — and he needs to get away from that."

Jon-Paul Harper (JP): "Unfortunately this demo left me cold. The only thing I have noted down is The Beautiful South because it has the same sort of middle-of-the-road feel. The songs don't go anywhere and they don't seem to be designed to make you sit up and take notice: they are just mind-numbingly nice, and because of that they don't challenge or excite me. I felt like I knew how each song was going to end before it was halfway through.

"If you are playing all the instruments yourself, a song can start to to develop an inbred quality, and when that happens you can hear that one person is driving it in a particularly direction. The guy can clearly write and play, but he would have to be incredibly talented to play all the instruments, do the production and still come up with great tracks. So I think he needs to work with a band."

Sam Shemtob (SS): "In terms of its production, this demo sounds quite well finished in comparison to some of the other Business End demos. It reminds me of Squeeze in places, and I feel that I have heard this sort of thing before — probably back in the '80s. For me this doesn't seem to have moved on from those '80s tracks.

"I understand what Jon-Paul means about songs developing an incestuous sound as a symptom of one person working alone, so I also agree that some external input would almost certainly be beneficial. But as it stands, this is one of the more bland demos I've heard."

JP: "It might just be the way the cookie has crumbled in this Business End session, but I've been struck by how safe all the demos have been, and this submission is no exception. I get the distinct impression that this guy is trying to conform to what he feels the market wants. He clearly has a talent for writing but I just don't think he is helping himself by presenting his musical ideas in such a nice and safe way. He tells us that he wants to get into publishing so I am aware that we can't focus on the instrumentation too much but I'm sure that if you have the job of listening to demos all day then one CD must merge into the next one, so anything that makes a demo stand out is a good thing.""Some of these songs definitely have potential and I would pick the second track in particular as one which could be developed further. The one thing that lets it down is the rock guitar solo that comes in towards the end, which reminds me of the cheesy theme tune to a soap opera called Riviera from about 10 years ago!" 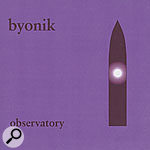 MW: "I don't think the cover really informs you of what the music is going to be like; it looks like some kind of rock album with the strange obelisk on the cover, so the presentation could be improved. It has been suggested that if you are sending work to publishers then you should leave the artwork blank, apart from the track listings, but that is assuming that publishers don't have a particular emotion and, in practice, they still have to select the demo in the first place, so doing nothing is not a good suggestion.

"The first track is flat and bland. In the second and third songs there are some nice attempts to develop the song structures and they work much better than the first, but all the tracks need a little more power and emotion to catch people's attention. There are some nice variations in the musical tempo, but even when the music is changing, the vocalist's style tends to stay at much the same tempo all the way through. In the sleeve notes he talks about doing some collaboration which would probably be best done with an arranger.

"I want to pick up on the point about making music that doesn't conform: to a certain extent I agree that it is good to be adventurous but you do have to keep an eye on the market because the first thing a publisher will consider is how they can sell it as a product. These songs are not edgy or new enough to be of use to an up-and-coming artists; they are going to need quite big artists to sell them, so he should aim these songs at the main label publishers who have big artist rosters."

SS: "I enjoyed the second song which had a bit of funk mixed into the composition, but I wasn't taken by the first song at all. The lyrics were impressive throughout.

"Sadly, as a whole, I think this demo is too bland and neutral for publisher to take much interest. I know this is not intended to win a deal with a label but I would have thought that even a publisher would still prefer to hear work where the composer has put some of their own vision into the song production. That way it is not reliant on the Publisher's imagination.

"The cover design doesn't obviously fit the music but it has served its purpose in that we picked it from the pile and played it."

Dave Fowler is the Studio Manager and owner of Rogue Studios in South East London. At Rogue, Dave acts as producer and engineer for bands and artists using the venue. He is also the singer and guitarist of the band Juice who have recently been touring Europe playing at festivals alongside Feeder and Coldplay. Dave currently runs the small band promotion company called Bandnet, which organises gigs in some of London's most respected venues.

Matt Ward worked for the MCPS as a music licensing consultant before moving to Kickin Music in London, where he heads their publishing arm, Haripa Music Publishing, and works with their five labels. Kickin/Haripa's catalogue and writers include Chiller Twist, Solid Groove, Kings of Tomorrow, Deep Dish, Decoder, Blaze, Future Disciple and Black Grass.

Sam Shemtob is press officer for the Association of Independent Music (AIM), the trade body for UK independent record labels. He does other press work, under the Name moniker, for Musicindie, Recordstore and Musictank, and has recently begun a venture to license music for new media uses. He'd like to be in a position to send in a demo of his own one day.

Jon-Paul Harper was the owner and principal engineer of Rogue Studios for five years. Jon-Paul now runs Rogue's rehearsal studios but continues working as an engineer. His other experience includes working as a roadie, seven years engineering front-of-house and 10 years playing guitar in a touring band around Europe. Jon-Paul has been both a record label owner and an artist signed to an independent label. He has a home studio running Emagic Logic Platinum.

Many thanks to Rogue Studios (www.roguestudios.co.uk) who hosted the session.

The MPG's web site is at www.mpg.org.uk