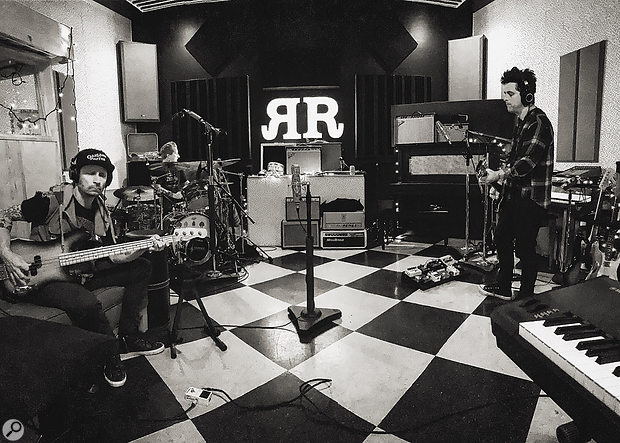 When a band have been producing their own hits for a decade, it takes a brave producer to jump into the hot seat...

In 2007, Butch Walker lost everything he owned. A fire destroyed the splendid Malibu house Butch rented from Flea of the Chili Peppers, not sparing the huge studio attached to one side. Butch himself was playing a gig in New York at the time, but the fire took away dozens of vintage microphones and every piece of recording gear he'd collected. It destroyed his 46 vintage guitars, and the master recordings of everything he'd done since he was a kid.

Twelve years and more later, the producer, musician, singer and songwriter has a new studio, RubyRed, located in what he describes as the "more fire-retardant Santa Monica". An all-consuming fire is not something you get over, he says. You just learn how to get on with it. And that's what he did. He was already a busy producer at the time, and he had a solo career that showed no signs of slackening. He knew he had to keep going and that, as he puts it, he couldn't just give up and cry.

He took heart from the help that was offered. "There was Jack Joseph Puig, Brendan O'Brien, Michael Beinhorn, all these guys calling me out of the blue, going: 'Dude, I couldn't imagine if that happened to me and I lost all my stuff!' They were like, 'I'm gonna give you access to my warehouse, and you can pick anything out you want and use it. You can work at my studio.' Man, it was so moving. Anyway, I lived pretty lean for a while. Now, I've got a pretty nice collection of gear again. But, you know, I'm keeping it out of Malibu."

Before the fire, Butch had slowly but surely built a successful career, primarily as a producer, working with Pink, Bowling For Soup, Pete Yorn, and others. His work as a producer had all started back in the '90s with his band of the time, Marvelous 3, in his home state of Georgia. He'd made demos for other bands in — where else? — his parents' garage, discovering the ins and outs of recording with a four-track cassette machine. "When I made the first record for the Marvelous 3, that was just me having a side project to a band I was already in, and my first time dabbling with this new-fangled thing called Pro Tools," he recalls. 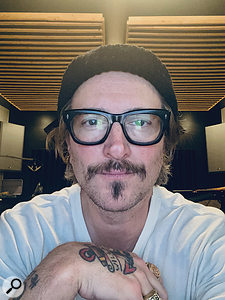 Butch Walker has built up an impressive career as a producer, songwriter and performer.He later nudged his gear up to a 16-channel ADAT rig and a little Yamaha mixer, before news reached him that a local store, Atlanta Discount Music, had a used Pro Tools rig with a NuBus Mac (2GB hard drive!), SCSI drive, a cheap Rolls mic preamp, and two microphones. It was previously the property of an R&B group, Silk, who'd used it to make their one-hit wonder, 'Freak Me'.

"I didn't have any money," Butch says, "so I was going to put it on lay away. Well, my girlfriend at the time — who's now my wife — went and took her bartending money and bought me that rig. It was like that ridiculous pie-in-the-sky artistic aspiration, I'm going: 'I will make hit songs on this thing and I'm gonna pay you back every dime!' I mean, if there was a dollar for every time an artist said that, and then nothing ever happened, everyone would be rich. The thing is, I did!"

This new way of recording for Butch meant a lot of mistakes, a lot of calling the guys at the store for help, a lot of trial and error. "OK, going to school to learn this stuff now is great — but there's a lot of things you don't learn in school. You can't be taught common sense, and how to deal with egos and artists. Mostly, they'll teach you the technical side, and that's not the way I learned. And that's not the way I care about making records."

He used his new rig to record the Marvelous 3's Hey! album in 1998, and the main song, 'Freak Of The Week', got some heavy rotation at Atlanta's biggest radio station. "Other stations picked it up, and next thing you know we had a Top 5 hit at Alternative — for a band that couldn't get arrested, couldn't get signed. Then, all of a sudden, every record label is flying us out promising to sign us, chasing the single, that whole thing. But I got my publishing deal out of it, and I paid my wife back. I upgraded to a Pro Tools TDM rig, got a Neve console, went all for it, buying the old Purple Dragon studio in Atlanta. And now I'd started getting phone calls from people to make their records. I had...