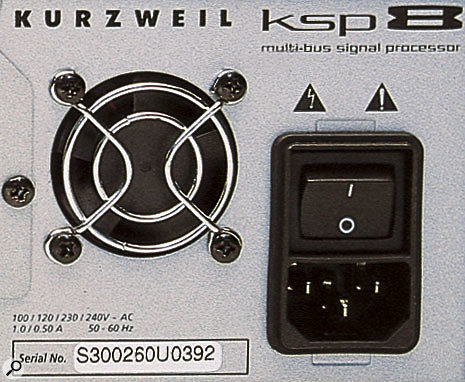 h2> Do The Fandango

I am writing in response to your review of the Kurzweil KSP8 in the May issue (www.soundonsound.com/sos/may03/articles/kurzweilsp8.asp). Although it was a great review, I disagree with Hugh Robjohns' comment about the unit having a noisy fan. On the desktop, I find the unit extremely quiet, with the fan virtually impossible to detect unless you get right up close to it. When the unit is rackmounted, I find that there is absolutely no audible fan noise. I have one rackmounted in my control room, and it's among the quietest and best-sounding processors in there.

Technical Editor Hugh Robjohns replies: I didn't say the fan was noisy, rather that it was 'audible'. The former implies unacceptable while the latter (to me anyway) suggests potentially annoying! I loathe cooling fans in the control room and will always pick a convection-cooled unit over a fan-cooled one if all else is equal. Whereas individual high-quality cooling fans may be largely inaudible, by the time you have half a dozen fan-cooled devices in the room the ambient noise floor becomes far too high for professional audio work — in my opinion, at least.

With the Kurzweil unit on the bench, the fan noise was definitely audible in my room (which has a particularly low level of background noise, I have to say). I guess whether the amount of noise produced is distracting or annoying is a subjective thing. In this particular case the noise didn't intrude but I was certainly aware of it, and hence felt the need to draw this aspect of the machine to the attention of the readers. In your case, you have decided that the fan noise isn't a concern, and I dare say most will agree with you. I certainly share your view that this is a great-sounding processor, and something of a bargain to boot!

Left Out Of The Loop? 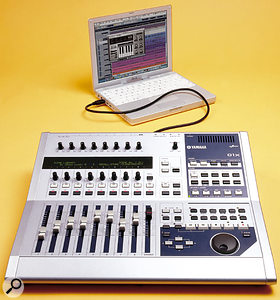 It seems to me that there is a serious omission from the new Yamaha 01X — it doesn't have a dedicated loop for external effect units. This feature is important to people who are moving over to a computer-based recording platform and are looking to the Yamaha 01X and similar devices for protection against the cruelties of the world of mouse and keyboard. What should we do with our existing external units? I personally wouldn't want to retire my Lexicon PCM90. Is there a way to plug legacy effect units into the mLAN buss and make them available from within both the 01X and the software application running on a computer?

Editor In Chief Paul White replies: Nobody ever seems to cater directly for external effects in a computer-based system but it's normally possible to utilise any of your audio interface's spare inputs and outputs for this purpose by doing the appropriate routing in your software. For example, you could use an S/PDIF output or a couple of analogue outs to feed your PCM90 (routed from an aux send in your software mixer) and then return the PCM90 outs to a stereo channel of your software mixer via any spare stereo input on your audio interface. The 01X should work the same as any other audio interface in this respect, so the only real question is whether it has enough I/O to meet all your needs.

I can't see any obvious way of using mLAN to make your PCM90 appear as a virtual effect as this would require dedicated control and routing software that appeared as a plug-in, but in theory, any mLAN I/O expansion device could be used to connect it into the system if the existing I/O is already spoken for.

Nick Howes at Yamaha-Kemble in the UK adds: This type of scenario is the main reason why Yamaha developed the OPT standard; to integrate products like your Lexicon into computer-based environments with more ease, and present a unified user interface for both hardware and software products. If Lexicon were to embrace the mLAN protocol, it would give users the ability to add their effects over Firewire on multi-channel digital sends and returns, as is already possible with the Kurzweil KSP8 signal processor. Of course, the beauty with mLAN is that the inputs and outputs can freely and easily be expanded upon by adding any third-party, mLAN-compatible I/O unit, so, as Paul says, if you run out of channels, you can add lower-cost expansion systems rather than having to buy a whole new setup. 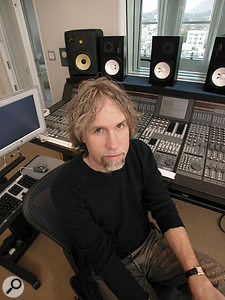 Producer and songwriter Glen Ballard uses a splitter to route his guitar signal to multiple destinations.I'm a producer in Portland, Oregon, and enjoyed your article on Glen Ballard in SOS March 2003. I was wondering if you could tell me which company manufactures the guitar splitter mentioned in the article. I'm very interested in guitar recording via signal splitters, and am curious to know more about this unit. Thank you for your help.

Reviews Editor Mike Senior replies: The guitar splitter Glen Ballard was using is the GSP1, manufactured by Inward Connections (+1 818 883 9012), whose products are available from www.boutiqueaudio.com. The GSP1 is a well-specified one-in, four-out splitter with a remote footswitch and phase-reverse, mute, and ground-lift switches on each output. You might also want to check out the Redeye from Little Labs (www.littlelabs.com). You can daisy-chain as many of these as you need splitter outputs. Little Labs also manufacture a product called the PCP Instrument Distro, a one-in, three-out guitar splitter which also features balanced inputs and a balanced DI output, plus phase-reverse and ground-lift switches. Palmer (www.palmerdirect.com) do a one-in, two-out guitar splitter called the Y-Box, which might be a more economical option. Alternatively, a Google search should be able to find some schematics, so if you're handy with a soldering iron, you could put together a basic splitter for yourself.