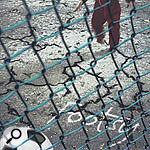 Sean Boothe claims that he is more of a musician than an engineer, but with this three-track CD he demonstrates that having a good ear is the sure-fire route to producing a good demo. Certainly there are some technical problems — the mix on these tracks is overly bright as a result of excessive equalisation in the upper-mid and high-frequency areas. On the first song, the main casualty is the vocal which ends up sounding a little sibilant but, to be honest, no worse than some professional albums I've heard in the last couple of years. There is also a noticeable gap between the full sound of the bass and the lower frequencies of the six-string guitar. A keyboard part or a guitar sound with more bass could fill the hole and restore the warmth that's missing from the mix. As the owner of a Line 6 Pod who also records to a computer-based digital audio system, I can vouch for the fact that it can be difficult to make the guitar sounds from the Pod sit in the mix. The tactics I employ to address the problem involve using valve outboard and analogue equalisation to add warmth, but these, I admit, are something of a luxury and not available to everyone. In Sean's case, it might be worth running the output of the Pod through the Joemeek MC3Q. The Pod has a variable output which can be turned down enough to suit the operating level of a microphone preamp.

However, as it stands, this demo still sounds very good. Examining the arrangement more carefully, it's easy to see why. There are many pleasing instrumental parts which are not immediately obvious on first listening. In particular, the use of countermelody throughout, mostly in the form of overdubbed electric guitar treated with effects, is excellent. For the benefit of anyone checking out the audio clips of Sean's demo (see sidebar, right), try turning off the left side of stereo where the main chordal work is happening and listening to the right where most of the countermelodies occur. In fact, this total separation of the guitars on the left and right stereo channels contributes to the non-homogenous sound of these mixes. I also liked the use of reversed guitar to drive the arrangement along, appearing before choruses to give a feeling of rushing into the next section of the arrangement. It's a classic production ploy, but nevertheless well executed in this case.

There are lots of positive points to this demo and it does a good job of illustrating Sean's skills as a songwriter and performer. Not only is the lead vocal sultry enough for a modern glum pop single by a guitar-led band, but the use of backing vocals is terrific. The end of the first track builds to a nice crescendo with two repeated backing vocals working in clever question and answer fashion; the main vocal in the choruses is layered with a falsetto vocal an octave above; a backwards effect runs into a harmony vocal section in the middle eight — what more do you need?

I've noticed that quite a lot of demos arrive at SOS Towers accompanied by a letter that tentatively mentions the limitations in the equipment used to produce the CD. Such concerns are always relative. We all have them, and no matter how much equipment we own there's always one more bit of hardware or software out there that is guaranteed to give our demos that extra something, or, for the professional, a 'must have' bit of kit that's sure to get us more work.

Strangely enough, some of the best recordings sent to Demo Doctor have been put together using setups that are more limited than most. When you've had to work that bit harder on the music and the sounds you're using, you gain a better understanding of your equipment and will often spend longer bouncing tracks and mixing to achieve the best result you possibly can. The quality control and musical discernment that using limited gear teaches are useful skills to carry into a (hopefully) more equipment-laden future. 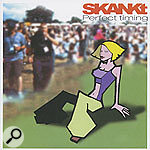 Listening to track one, I was immediately impressed by the tight and lively sound of the band. Given that these tracks were built up with layers of overdubs (as opposed to being recorded live and then added to) they sound remarkably fresh and enthusiastic, and this is especially important for music of this genre. The mixes are very busy and it's only in the more sparsely instrumented sections that you can hear the use Jeff has made of the 30 x 15-foot live room at his disposal in the old club. The room sound is especially obvious on the snare drum in these passages.

Turning to the overall balance of the mix, the brass and overdriven guitar sounds are fighting for the same frequency space, and although some panning is going on it's never quite enough to separate the two. The situation might be addressed in a number of ways. Firstly, EQ could be used to give the brass a little extra bite by boosting the upper-mid frequencies. However, it's likely that this would not be enough to differentiate the rasp of the brass instruments from the upper harmonics of the harshly distorted guitars. Alternatively, taking the subtractive approach, reining in the distortion on the guitar sound or opting for a more mellow overdriven tone would allow brass and guitar to interact more effectively. I understand that this would compromise the band's particular mix of metal, punk and ska, but, with some more careful arrangement, it can still work. A perfect example of this is the third track where the instrumentation is both a lot simpler and very effectively arranged and, as a result, the balance of the mix is much better.

Automated mixing and post-production editing have clearly come in handy on the more complex mixes on this CD. Jeff has certainly had his work cut out, as Skankt are fond of completely changing mood mid-song, moving from frantic to dreamy with clever changes in instrumentation. In particular, the juxtaposition of overdriven and clean echoed guitar sounds, underscored by some nifty bass grooves, works very well. The harmony vocals are also well arranged and performed but I occasionally found the lead vocal a little low in the mix and a touch over-compressed. However, this vocal sound, coupled with an overall EQ treatment which verges on the harsh side, give the album a very exciting and energetic quality — I'll bet the band are great live! 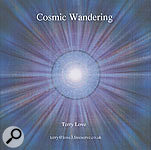 This chillout CD is not nearly as waffly as the title might suggest and has some fine musical moments. I especially liked the fluttering chordal pattern introducing the aptly titled 'Butterflies'. The loop, which is filtered and autopanned, immediately captures the interest of the listener, and continues to do so as the bass and drums come in and the loop's filter and envelope change to create a more percussive sound. A more traditional approach to instrumental arranging is demonstrated on the final mix, 'The Sultan's Lament'. This track is based around a solo piano part and features some heavily orchestrated sections. The mix is competently treated with concert hall ambiance using an Alesis Midiverb — who says you have to use plug-ins?

Firstly, I would suggest a change of band name! 'Back2Back' is suitably tacky for a covers band (which they otherwise are), but it could prove off-putting if they're trying to promote their original material. On the technical side, too much reverb has been used and, what's more, it's the wrong kind of reverb. The long decay time and pre-delay muddies the overall sound, when reverb with a shorter decay would be more suitable for these uptempo soul/disco numbers. The arrangements need some work too. The instrumentation needs to be built up for the choruses, not just with backing vocals, but also with countermelodies and extra keyboard textures. Having said that, the vocals are very good, with a touch of Madonna about them during softer passages. 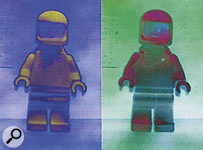 In spite of the DH Lawrence imagery that flares up in my mind, I suspect that the title of this CD refers instead to long hours spent in a rather small studio space in North London. The resulting mix is well balanced even if the tracks do tend to be a bit overlong and two-dimensional. A good start would be to create some variation in dynamics and shake up the (albeit accomplished) backing with a few aggressive changes in the drum loop, whether programmed or sampled. This could be easily accomplished in a club with a bit of nifty mixing on the decks, although it's surely desirable that a track should be able stand on its own two feet.

This demo's retro sound, influenced by the likes of Jarre, Foxx and Numan, could be improved with the merest hint of high-frequency boost on the first two tracks to add some more presence. The third mix is a lot brighter and this inconsistency needs to be addressed at the mix or post-production stage. The combination of simple bass lines and a solid bass drum is essential to this genre and the team have chosen their sounds so well that if you close your eyes, you could be back in the early '80s! Even so, some aggressive, modern, digitally filtered sounds are all that it would take to bring these tracks right up to date. It sounds like I'm willing them into the year 2003, but the lush string pads, soft filtering and slightly delayed loops on this demo are most enjoyable just as they are.