Dave Fowler (DF): "The first thing that needs to be said about this recording is that you can hear the digital reverb pinging off the Ts and Ss, giving it a very top-end kind of fizz which doesn't sound like part of the mix. It is a classic example of how not to use a digital reverb." 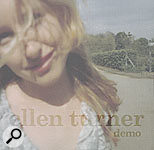 Matt Ward (MW): "It has a dreamy cover which is well suited to the music. The sleeve notes say it was recorded live in one take which is not the best technique for submitting a demo of this kind because it has left it with a very poor sound; there is the occasional duff note and the guitar sound is quite weak. On the plus side, playing live does demonstrate a talent and it is an advantage to be able to go to a label or publisher and play in front of them, but for a demo I think she needs someone to play the backing for her, and she should get it recorded properly.

"She has put a certain amount of emotion into these tracks but I still found the dynamics of the arrangements a little flat. This sort of folky music is probably not going to end up being presented in a three-minute radio-friendly pop format so I don't mean dynamics in that way, but if the song is telling a story then its musical structure should reflect that narrative. Basically, these songs aren't hooky or compelling enough."

Jon-Paul Harper (JP): "This demo starts well and the first song is really good. The theme of going under the knife for beauty is, I'm sure, a thing a lot of people can empathise with and certainly a large proportion of the female population. It's always a good thing if someone has got into writing music because they have something to say or have hang-ups to express. I liked the fact that she doesn't waste a line: line two isn't there just to rhyme with line one, for example.

"After the first verse I was expecting a band to come in. I know it's predictable but I think the contrast would be fantastic. The next two songs go out with a bit of a whimper. I don't think she is proficient enough to play the guitar herself and it doesn't help that it is a pretty horrible guitar sound — you can hear that it isn't a particularly nice piece of wood.

"Presentation wise, I like the cover which looks like a picture taken in the '70s. But overall it was pretty uninspiring and I think she should now think about getting a backing band."

DF: "Why is it that every female solo singer has at least one song about their dress size? If somebody asked me write a classic female singer/songwriter song then I would instantly pick a subject like that. However personal it is to her it has been done before and a lot better. She starts with the words 'I'm a size 10' and there is a Beautiful South song called 'Perfect 10', so having that as the first line is perhaps not a good idea.

"I've recorded a lot of female singers who have come into the studio either with a band or just an acoustic song and it has been very much the same sort of thing sung in a very similar way and I feel that it would be nice if someone took a different angle on it. There is something refreshing about what Kelly Osbourne has done by sticking two fingers up to it all through her lyrics. Having criticised Ellen Turner's lyrics, I realise that there is a lot more emphasis put on the lyrics of female artists. Oasis and Radiohead whine on and you often can't understand Thom Yorke's vocal, but the moment women sing everyone is listening to every word.

"I think she should get a band and continue singing and writing but have someone else playing the main guitar parts."

Sam Shemtob (SS): "The packaging looks very well finished and it is in a recognisable style — I feel as though I've seen the same cover before and it sounds just like it looks. I liked reading that the tracks were performed all live and uncut because that looks good on paper but I'm not so sure if that approach works here. I liked the way she moved her voice to exploit her vocal range in the first song. Like Jon-Paul, the first few lines of the lyrics caught my interest but not in a particularly profound way. I preferred the third track which had more charisma and energy, and it was less predictable, so I felt that it challenged me a bit more."

MW: "From reading her covering letter, I gather that these tracks are interpretations of traditional pieces, but she has added her own words. Mixing baroque or renaissance choral music of this type with contemporary beats is a very strong idea and I'd like to be enthusiastic about it but the idea has been done before by Enigma. She has a very good voice but the beats are very poor and weak and they just sound like a synth program. She says herself that the production is not that great but a lot more work needs to be done because at the moment it doesn't really work.

"I think the way forward would be to get a sympathetic producer behind her.

"On another point, I think that by sending in her entire CV she has given far too much information for a demo; it is like she is applying for a position in a local choir."

JP: "She says, in her letter, that she was trying to avoid the obvious thing of just putting a beat to classical choral arrangements, but unfortunately it sounds like she has done exactly what she was hoping to avoid. It is an interesting idea but it has been done before and I don't think there is a market for it at the moment. Having said that I was reminded of being in a department store where this sort of music is used in the background a lot.

"I have a problem with the principle of grabbing something that already exists and messing about with it instead of starting with an original melody, but I appreciate that she feels passionately about this sort of music. I think she should try to go for a live feel and get a band to play the parts."

DF: "She does say in her letter that she'd love to use proper musicians so she's heading in the right direction. I think this is an example of someone who is too trained, because there are no boundaries being crossed — she's trying to interpret something instead of putting any huge amount of imagination into it, and that way of working is partly a product of years and years of training. Obviously a certain amount of training is necessary to be able to sing or play but beyond that is a point where you actually stop asking questions because, if all your parameters have been set out, you know exactly what you are going to do before you even get there. She does have a good voice, but so have many other people who have been to music school and studied that number of years. I think a good vocal performance is all about character and this doesn't have a huge amount of character."

SS: "The first track didn't really grab me. The second track has a bit more of a singer/songwriter feel so it seemed to be a bit more developed. The third track goes in a different direction again but it sounds more dancey and I found it the most interesting. In fact, I think the third song is quite commercial. Maybe it is a little bit cheesy but some of the songs on Dido's album are quite similar, and not only do they work really well, but Dido's album was a huge success. Based on that reasoning I can see that there is potentially a big market for it.

"The cheesy part of me quite likes the beats that come in with her voice and I can imagine that a lot of people would feel the same, although we only listened to a couple of minutes of each track and I can imagine becoming tired of the idea if no other developments happen. So I think that if she can get the balance right between the choral elements and the modern dance parts then there is some potential for further exploration."

DF: "The quality of the production is good and I have no problem with that, but I'm not convinced by the musical content. I have heard a lot worse in this genre but I think he needs a couple of years to hone what he's trying to do. I think the presentation is misjudged: in the photo on the inside of the sleeve he looks like the kid at school you always wanted to hit! It's almost as if he's dressed as Harry Enfield's Kevin character but, to me, it comes across as though he thinks he's cool, not as a joke. If you've gone as far as producing glossy artwork then you don't want a photo like that." 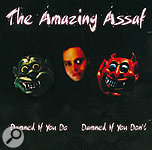 MW: "He has done an awful lot of work on the packaging — too much, really. I liked the mix of styles he's trying to bring in, like the hip-hop beats, classical guitar and occasional electric rock solo. Mixing styles in this way is a nice method of giving recordings individuality, but the problem I have with it is that it comes across as being quite dated. His rap vocals have a certain amount of potential with that forward drawl thing, but a lot of the time he sounds like a boy-band doing rap, so it doesn't have that contemporary, cool feel to it. In the first track the vocals do get a little bit confused because the rapping is too fast for him to articulate the words clearly.

"Over all, even though the music combines various styles in an original way, it don't think it stands up next to a contemporary album release. It is reasonably well produced but I'm not sure quite what type of music it's supposed to be so it's hard to suggest ways in which he can progress."

JP: "If anything it looks dated rather than sounds dated. There is something intrinsically '80s about the cover and particularly the photograph of him sat on the bench. I do wonder if that is a wry smile, so I can't help feeling that from that picture he's not taking himself seriously.

"From a production point of view I think it sounds very good, so hats off to him for achieving that on his own. It's good that he's got a lot of energy, he's confident and he's having a go, but I don't think he's doing anything particularly new musically."

SS: "I actually think the photos are meant to be serious. A couple of people said they didn't like the rapping but I quite like it and I think that it bounces along nicely. Some of the tunes are very upbeat, which is great, because you don't often to hear rap or hip-hop used in that way. Having said that, I think the ideas need developing because overall the demo isn't challenging enough, or has enough of a musical direction."