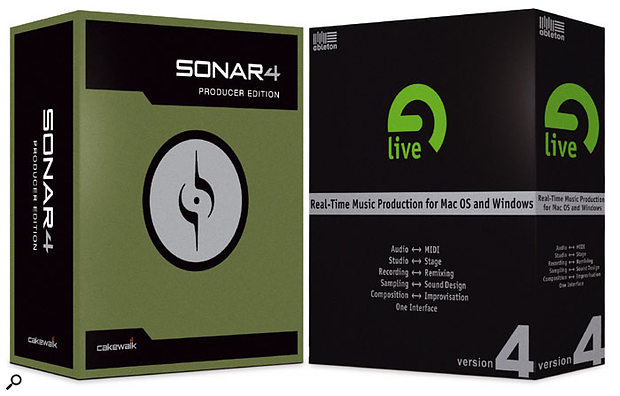 In his 'Pre-producing Live Loops in Cakewalk Sonar' technique article in the April 2005 issue, Craig Anderton states that "Another advantage to using Sonar is that the Solo buttons are 'latching' — you can have multiple Solo buttons activated at once, whereas with Live, soloing any track 'de-solos' other tracks."

This isn't true. A quick read through the Live manual will show that by using the Ctrl/Apple key, multiple channels can be set to solo. Furthermore, a single click on one of these channels' Solo buttons without Crtl/Apple pressed will de-solo all channels... Or clicking on the Solo of a non-playing channel will de-solo all others and solo only that one. Alternatively, 'Exclusive Solo' can be deactivated in the Misc Preferences for a more traditional approach.

All this makes for an incredibly flexible and sensible soloing system, one that allows me much more freedom, and less accidental ear-blasting, than any other DAW I've tried.

SOS contributor Craig Anderton replies: Ben is correct. As to how I could make this kind of mistake, I've used Live in live performance for several years now, and have assigned just about everything I use to a hardware controller. Because Live can't record Solo button presses, I adopted the Exclusive approach for remote control a long time ago; it has become such a part of what I do that I completely forgot about the other options. I greatly appreciate his passing along this information to set the record straight, but better yet, it inspired me to re-read the manual to see what else I once knew but had atrophied through lack of use, which was an exercise well worth doing!

In reviewing the Phonic T8100, T8200, and T8300 valve processors [SOS April 2005], Paul White takes the manufacturer to task for the meters used on the units, the legending of which is described as "ridiculously small". How about "just plain wrong"?

Describing the metering facilities found on the T8200 Tube Optimizer, Paul writes, "[it] is generously equipped with eight retro-style, illuminated circular moving-coil meters showing the input/output level and amount of gain reduction on both frequency bands." 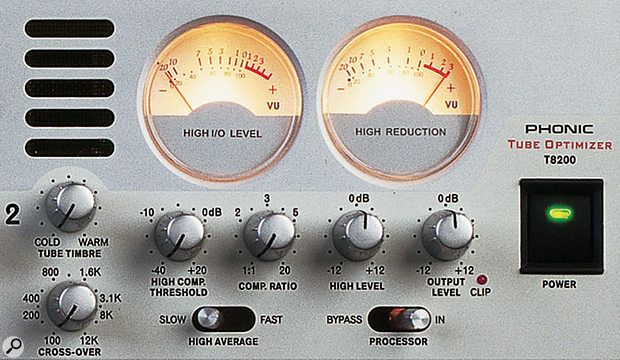 The picture of the unit in question, found immediately above the quoted text, clearly shows the T8200's gain reduction meters [pictured above] indicating a value of +3dB on both of the unit's channels. By definition, gain reduction can only have negative values. Phonic should have changed the metering scale on the dedicated GR meters, or calibrated them so they would rest at 0dBVU.

While I do understand the decision to lower manufacturing costs by employing as few different parts as possible, it is sadly obvious (and obviously sad) that the Phonic engineers cut one corner too many.

Editor In Chief Paul White replies: If the meters had been large enough to fit on a scale you could read easily, then it would have made sense for Phonic to put on a second gain reduction scale, which most dual-purpose (level/gain reduction) meters have. However, the unit in question is fairly inexpensive, and adding a second scale would have probably made the meters even more unreadable, so I can understand why they chose not to.

In reality, the position and dynamic behaviour of the meter needle should give enough feedback to set the compressor adequately, but I have to agree that such sloppy metering wouldn't be acceptable on a more professional unit. Despite this shortcoming, the Phonic units still delivered a musically viable sound at an attractive price, so the lack of a gain-reduction scale shouldn't put you off checking them out.