With a passion for acoustic instruments and electronic sounds, duo Chris Deligiannis and Yaniv Fridel's music is inspired by everyday life in London and mixes elements of electronica, trip-hop and world music. For the most part, the acoustic sounds take the form of cunningly manipulated copyright-free loops and samples, complemented by some well-chosen sounds from the Waldorf Q synth.

The demo opens with some record scratching and a bass guitar loop, and the listener might be forgiven for thinking that it's heading down a well-trodden path. However, the addition of electronic sounds and keyboard embellishments creates a wonderful atmosphere for the ethereal female vocals. For some reason these are panned mostly to the right of stereo. This off-centre panning doesn't make a great deal of sense until the echoed and semi-spoken backing vocals join in near the four-minute mark. This is followed by a break featuring synthesized breathing sounds that are very effective in this context.

The deliciously titled 'Fishcake' features an uplifting hip-hop beat, sampled double bass, blurting trumpet and occasional clarinet soloing. The whole mix suffers a bit from too many delay effects, added to the room reverb already present on some of the sampled loops. While this acoustic ambience works on the double bass, the rest of the sounds could have been drier without sounding out of context, particularly the hip-hop beat itself. One of the reasons the opening section of double bass and ride cymbal works so well is that the ride is much more dry and works well against the bass.

I wonder if it was a conscious decision to make the third track higher in level, or simply a mastering oversight? Regardless, this mix of world music and trip-hop sounds tight and has some good ideas. I particularly liked the way the keyboard parts were arranged with such clarity in the upper mid- to high-frequency range in order to allow them to sit above the sampled vocal notes. Meanwhile, these short vocal samples are used simply but effectively as percussive melody lines treated with rhythmic echo.

I'm assuming that many of the tuned resonant sounds are created on the Waldorf Q and the duo make fine use of these — full marks for programming and sound manipulation!

Several of this month's demos feature tracks with quite long running times which aren't in all cases justified by the quality of the writing in their chosen musical genres. The progressive rock bands of yesteryear were often derided for their long, seemingly self-indulgent compositions and (sometimes) tedious soloing. Today's long mixes are aimed at a different audience with a different mind set, but they can be just as boring when repetition replaces inspiration in the arrangements, their use of dynamics and even the use of effects and editing tricks. As the composer Rossini once said, "Wagner had some wonderful moments, but awful half hours".

Tackling three totally different musical genres on this demo (soundtrack, trance and heavy rock), Leon Butler sets out his stall as musician who can handle a variety of styles successfully using a fairly basic recording setup. Despite a Technics hi-fi system being his only alternative to the Beyer DT770 headphones for monitoring, his mixes are generally pretty sound, though, strangely, they tend to be a touch bass-light. It's usually the case that when you rely on headphones for mixing, the tendency is to add too much bass to compensate for the lack of it in the headphones.

The first composition is heavily inspired by the film soundtrack work of Danny Elfman and Hans Zimmer. The atmospheric string parts are beautifully voiced and the arrangement certainly makes the most of Reason 's Orkester sound library. As I've already suggested, the main issue that needs to be addressed is the lack of any real weight in the bass area of the mix, although some low-frequency EQ boost could help with this. As for the rest of the sounds, the only thing I can take Leon to task on are the cymbals, which simply aren't grandiose enough to match those climbing, emotive chords. The decision to finish the composition on a major chord was also one that, as a producer, I'd have vetoed!

As trance tunes go, the musical arrangement on the second track has most of the right elements in place but never quite takes off in the way it is intended to. After a well-executed dynamic build via the snare fill you really want the track to start pumping along with some energy and a simple lift in the bass drum level would probably have accomplished this. Once again the clever use of chord voicings creates a dynamic build and the female vocal sample run alongside needs to match this. At the moment it stays in too fixed a register while the rest of the backing lifts — it's an opportunity missed to hit that all-important dynamic high.

The third composition is probably the closest to Leon's heart — a heavy rock workout with a real-life soundtrack. I'm not sure about the legality of downloading US Police broadcast material from the web but it's very effective! Leon's siren-like wailing on the guitar suits the unfolding tale of a fugitive on the run and the tension in the composition is well handled. However, the arrangement loses its way and begins to drag at the four-minute mark, and although there are some excellent musical moments, such as the harmony lead guitar at around six minutes 30, these sections would be better off in their own compositions.

This demo was recorded live in a rehearsal room with no overdubs then mixed and edited at home. Sadly, the room's acoustics are too 'live' and so it's proven very difficult for the band to get enough separation between the instruments. The bass has suffered most from the resulting spill — there's a general lack of clarity as the drum microphones are picking up the low-frequency energy bouncing around the room. Dynamic microphones were used on the drums, and although SM58s and the like are fine for close miking, they perform poorly when they're unintentionally acting as ambient microphones. More work at isolating the instruments is necessary; for a start, DI'ing the bass would make a big difference. Musically, the band handle their mix of improvisation and '70s jazz rock capably, with some fine solos on guitar, keyboards and drums.

This young band from Weston Super Mare sound pretty good, largely thanks to the tight drumming of James McLucas and the vocals of Sam Lawrence and Paul Evans. The vocalists sound especially good when tracked up for the massed vocal harmonies. Extra embellishments like this give the band an edge over other rock acts who simply go into a studio and record 'as live' without any thought for additional production touches. Even so, more attention is needed elsewhere. The second song feels laboured; I'd suggest either increasing the tempo to regain some energy or keeping the slower pace and tuning the guitars down for more weight and power. I also thought that the chord sequence of B minor to G and D to A could have been improved with some simple chord substitutions like E minor for G or F sharp minor for A here and there. The guitar solo on this track is improvised and lacks direction. A better idea would have been to take some of the vocal melody lines to base the solo around them, something which guitarist Kieren Dennison moves towards on the third song, and which bands like Green Day do extremely effectively. 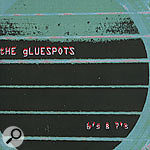 The Gluespots write some good songs in the mould of Split Enz, the Kinks and the Black Crowes. I like the attention paid to the vocal sound which ranges from dry and heavily compressed on the opening song, with its semi-falsetto vocal, to double-tracked and heavily EQ'd at other times. They've also managed to produce a fat-sounding mix with a glorious combination of programmed drums, electric and acoustic guitars, bass and swirling keyboard textures. Occasionally the drum programming is a bit wooden but generally the live guitar work and vocals generate enough rhythmic push and pull to make it work. The keyboards are largely used as pads or backdrops to the guitar work but are joined now and then by multitracked vocals, for example on the anthemic 'Nowhere To Run'. Songs like 'Putting One Foot In Front Of The Other' and 'The Age Of Sail' demonstrate that this band put some thought into the lyrical content of their songs but also don't take themselves too seriously. 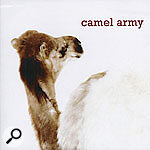 I like the name of this duo and the live photos on their web site look good, but they should ditch the lacklustre posed publicity shot! The nylon-strung acoustic opening of the first song hints at their association with Spain (some of the lyrics are in Spanish) and there are some nice harmony vocals too. However the arrangement is in need of greater development and the mix sounds a touch bass-heavy. Using a simpler bass sound by laying off the inverted VCF would add space to the mix. Double-tracking the guitar during the verses would create a wider stereo image, and for the choruses the overdubbed guitar part could move to second-inversion chords to create more harmonic interest and a dynamic lift. The second song, with its scratchy skiffle feel, is a pleasant surprise, and is one of those songs that could be an unexpected hit single. Some basic reworking could improve this mix enormously. For example, simplifying the bass drum pattern to fall on beats one and three in the bar, lowering the level of the flanged guitar, which is fun but a bit too loud, and opening up the stereo image with some wider panning could all help.