This band got to the semi-final of the UK's national 'battle of the bands' competition and quite rightly so because, for their age (mid-to-late teens), they sound awesome. Having operated a studio based in a largish rehearsal complex over the last two years, I feel qualified to say that there are very few teenagers who can play this well or write music to this standard. On the down side, their brand of nu metal is pretty derivative and there are already plenty of signed bands doing this sort of thing, particularly in the US. 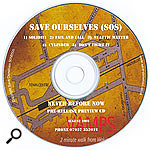 The CD shows a remarkably good ear for mixing, but then all the sounds have been well recorded in the first place, which always makes the job of mixing much more enjoyable. The bass guitar on the opening song, for example, has enough actual bass in the sound to provide that crucial low-frequency energy, but still has enough clarity for you to hear the notes. The choice of a bass-drum sound with a lot of percussive attack sits well with the bass and is pretty much the done thing in this genre of music anyway. People often choose to trigger bass-drum samples to achieve this kind of sound, but in this case it sounds like the original kit which, incidentally, is very tightly played by drummer Simon, providing a solid bedrock for the guitars to build on. Even so, I think the snare could do with a bit more brightness in the choruses, because the hard-edged guitars make it sound a bit dull in context. There's no law against adding a touch of upper-mid EQ boost to the snare just for these sections, and it's easy to do in Cubase. However, when the song drops to the obligatory 'quiet bit' (as opposed to the 'loud bit'), you can hear that the snare sound has got plenty of high-frequency content, so compression may be to blame. The drummer hits the snare harder in the choruses, which drives the compressor harder, with a corresponding loss of brightness. So perhaps a little less compression would do the trick.

As for the other instruments, the guitars are nicely tracked up and layered, and there are some very musical production touches. However, technically there are a few odd things happening elsewhere. The guitar at the end of the second song sounds like it's been put through a noise gate that chatters on the fade-out, and there are a few digital clicks. Possibly these are poor edits, because there aren't enough of them to suggest digital clocking problems. Also, some of the start edits sound a bit tight on my CD player — it's best to leave at least 100ms or so before the music starts.

The lads cite the band Incubus as a big influence, but I can hear a lot of other bands in here too — though I've already called Save Ourselves derivative, they have the potential to develop their own sound. It's also a shame they lost their vocalist halfway through making this CD, because this guy's good! To borrow a word from the fans of this style of music, the band name really does 'suck', but it's the only giveaway that this otherwise very talented lot are still in their teens.

Doctor's Advice: Leave It Out!

It seems to me that some of the demos this month could have used effects more wisely. Before applying lashings of your favourite (more often than not, your newest) studio processor like ketchup onto a delicately seasoned cordon bleu meal, consider the overall result. Take time to listen closely to the section of the mix you're applying effects to on its own and in context, and even try monitoring the effects return channels at different levels. If adding the treatment obliterates the original sound or does not improve the mix, then simply leave it out!

Mark's Viaje del Mundo CD is certainly that, taking influences from Spain, the Middle East, India and Africa. I liked the diversity of the instrumentation and the optimistic, upbeat nature of the compositions, reflected in such titles as 'Soleil', 'Rumba Paradisos' and 'Buenos Dias'.

The CD opens with a longish track (for Mark anyway) featuring flamenco guitar and Spanish vocals. It has a nice, simple theme on the guitar which nevertheless outstays its welcome after about two minutes, even with a key change from 'E' to 'F'. This is the only track on the CD which strikes me as being too long. Some are even too short — track five, 'Sharm El Sheik', is a case in point. It fades just as it's settling into a dharbuka groove with swirling keyboards and electric guitar noodling. Perhaps more could have been made of the electric guitar to prolong the arrangement, possibly finding a theme and popping in some quarter-tone bends to mimic slides played by Egyptian violinists.

This is one of the tracks with a larger soundscape, but elsewhere on the CD Mark attempts to make some of the more minimal mixes sound bigger with the use of delay, echo and reverb. It's a matter of taste, but I'd have preferred the extra attack of a drier flamenco-guitar sound, at least for some of the mixes. On the fast runs and particularly aggressive chords the reverb tends to become more noticeable and a bit distracting. However, Mark does address this on some of the mixes by using a reverb with a shorter decay time. I guess an argument could be made that for the slower melodies delay adds a nebulous floating feel to the melody, and it certainly gives them a 'TV theme' production sound, as on the third track, 'Soleil'. Elsewhere the use of effects works pretty well, particularly on the last track on the CD, 'Indian Princess', with its eclectic mix of digeridoo, sitar, tabla, flamenco guitar and an Indian singing sample. Here the digeridoo is echoed, the sitar loop is comb-filtered in a slow sweep designed to bring out the changing harmonics, and a string line follows the sung line most effectively. It is a bit of an odd mix of styles, but sums up the rest of the album!

I notice that Mark doesn't have a stereo pair of identical microphones, and on the mixes where the guitar has been obviously stereo miked the right side of the stereo is a bit brighter than the left. I'd guess that it's the AKG C451 that has been panned right, as it's generally brighter than the C3000 on acoustic instruments. However, the general sound is good and, while it's best to have two of the same microphone for stereo recording, it's not against the law to use two different mics to make up a stereo pair. You simply have to be aware of the mics' different characters, using them to your advantage, and you should always check carefully for phase problems.

Generally this is a pleasant collection of nicely composed music which would be suitable for TV. Its variety of styles make it a good demo should Mark wish to market it that way. The standard of mixing and choice of sounds are also high, with some especially nice percussion arrangements, both programmed and recorded live.

I really liked the sleeve design for this strangely named solo act and it pretty much sums up the experimental sound montage you encounter when you put on the CD! Composer Andrew Rowe collects sounds from just about anywhere, and most are unrecognisable by the time he's finished with them. Many are taken way beyond their original pitch, looped and dropped into the mix at dynamically significant places, and the build-up of tension in 'Dry Meat On Tenerife' is one of the best examples of this. A pulsating loop of unidentifiable origin thunders away like a large machine in an underground chamber. Tension is slowly built using more high-pitched industrial sounds that break up this low-frequency rhythm. Andrew is rather fond of using dissonance and jarring sounds too, and this is not an easy listen, but it is an interesting one — it wouldn't be out of place in an art-house film soundtrack for the likes of Jeunet and Caro's Delicatessen. His excellent web site is well worth a visit too.

The temptation to use his impressive collection of gear (particularly the effects) has proved just too much for Ren, who describes his music as quirky English rock, and all the tracks feature instruments with heavy chorusing, phase or echo. When you use so many effects it tends to take the clarity and punch out of the mix, and in this case it's the vocals that suffer the most. Elsewhere, the tendency to get carried away with the EQ and compression on the acoustic guitar has produced a sound that is all plectrum attack and no body. Sometimes this can work well in a big-sounding track where there is not much space for a full-bodied sound, but it really shows up any timing inaccuracies and here the guitar just isn't locking in with the programmed drums. On a positive note, the songs are well arranged in that lightweight progressive-rock style which Genesis embraced after Peter Gabriel left — but even they never used quite so many effects! 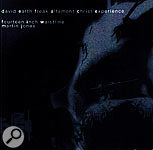 David writes some good mainstream rock/pop songs, and the third track on his demo, 'Go Figure', would be suitable for an artist like Robbie Williams. The mixing is far from bad, but it's by no means David's strong point. Separation of the instrumentation is the area where these tracks are at their weakest. He achieves a muddy sound by using keyboards with too much low-frequency content, and then exacerbates the problem by forgetting to mix the high-frequency sounds, like hi-hats, high enough. But the songs have their moments, and I especially liked the simulated sitar melody in the second song, which demonstrated a good grasp of song arrangement and use of a hook. Perhaps this skill comes from his other work, writing music for games. Having said that, all the songs could be improved with backing vocals, better drum programming and a stronger vocal delivery. However, at only 19 years old he's done pretty well going completely solo!

This is a band already getting some media coverage, and you can see why. They've avoided the temptation to go for an American-style highly compressed final mix, and have retained the energy and feel of a tight, adrenaline-fuelled rock act. Looking at the equipment list, it seems to me that they can't go much further with the equipment they have, and my only criticism would be that the overall sound is a bit bass-light. But the demo is of a high enough standard for release nevertheless, with excellent performances all round — mix engineer Matt Bonham has done a great job with what is basically budget equipment.