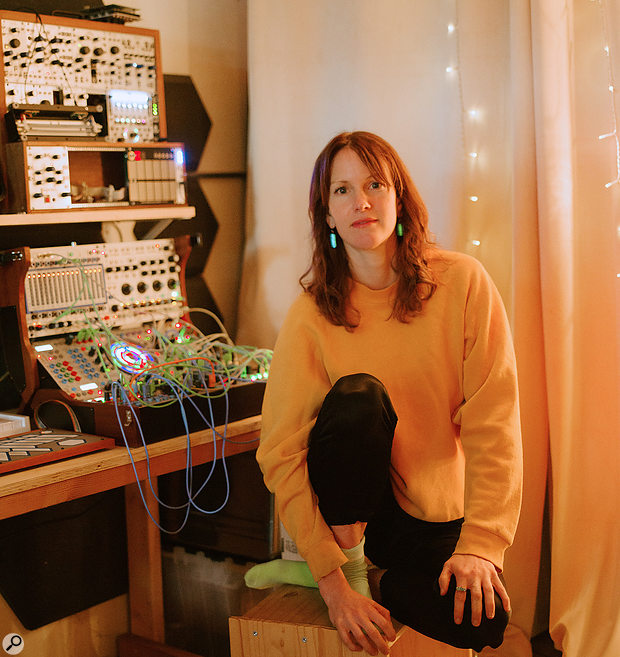 We talk to prolific producer Kaitlyn Aurelia Smith about her ambient compositions and love of Buchla synths.

In the increasingly crowded field of electronic ambient composers, Kaitlyn Aurelia Smith stands out. Working with modular synths — mainly Buchla systems — Smith's meditative, new age-y music was initially inspired by '60s minimalist pioneer Terry Riley, but has developed since 2012 over eight albums, resulting in the dreamy soundscapes of her latest, The Mosaic Of Transformation.

Growing up on Orcas Island, off the Pacific Northwest coast of America, Smith was first motivated to make music at the age of 15, after watching a friend of her family playing piano during a visit to their home. "I remember seeing the joy that it brought them," she recalls. "I could feel what it felt like to play the piano. After they'd left, I remember sitting down at the piano and starting to try and emulate what I saw in them. Of course, it didn't sound like what I heard for a while [laughs]. But it sparked kind of like a muscle memory in me that I didn't know was there."

In her late teens, she turned to classical guitar, going on to study sound engineering, orchestration and composition at Berklee College of Music in Boston. On a visit home, she happened to mention to a neighbour that she was a Terry Riley fan. By chance, the neighbour owned a '60s-built Buchla 100, which they generously loaned to Smith for a year.

"That kind of reopened music for me in this lovely pressure-free way," she says. "It was a really magical time in my life. I felt like the Buchla was a perfect way to explore sound in a really new way for me. Because even though I'd just come from music school, the aspect of zooming in on what makes sound and how much can be heard in one note I felt was not really covered in music school. It's one of those topics that people just assume, if you're into music, it must be innate knowledge. But there's so much wisdom within that basic foundation of sound."

Initially, Smith experimented by feeding her guitar through the Buchla and treating its sound. Then, progressing past making what she calls "bleepy bloop" sounds, she'd work with two oscillators and make incremental changes. "Mostly just listening," she explains. "I would practise just making really subtle adjustments and trying to understand what was happening to the sound. Trying to just really break into how many things change when you make a subtle adjustment. I had just come from intensive study of building on sound, and I kind of wanted to go the reverse way of deducing how sound is affected. So, it felt like this research project in the beginning.

"Just in general, I'm always wanting to find, I guess for lack of better language, 'beautiful' sounds in every instrument. And for me beautiful sounds aren't just the pleasing sounds. It's where two extremes are meeting, or where two things that don't feel like they have something in common are meeting. So, I think that's why it was really fun for me to explore with the guitar and the synthesizer. Trying to find how they can connect through their capacity to, like, move air."

Kaitlyn Aurelia Smith's big discovery, however, and one that was to help shape her sound, was the Buchla Music Easel. In 2013, Smith bought one of the new Easels developed by BEMI and launched only three years before Don Buchla's death in 2016. 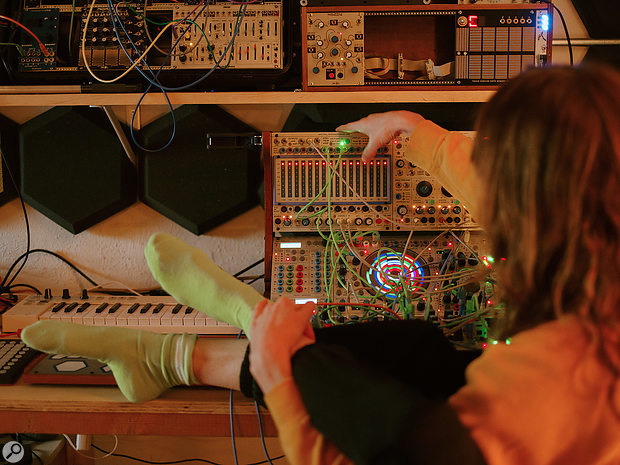 The Buchla Easel is at the heart of all of Smith's live and studio productions.

"I bought my own," she says, "or I guess I did with the help of a community. It was kind of a funny story because my husband and I asked for donations at our wedding for us to buy a cow [laughs]. And then we ended up moving to Bolinas, which is a small town in West Marin, California, and we didn't have space for a cow there. So we used that money for a Music Easel instead.

"This was one of the first remakes," she adds. "We were on a wait list before they had really shared that they were remaking the Easel. This was when Don was still a part of the company. We were number 15 on the wait list and then we got an email that said that the first three or four were...