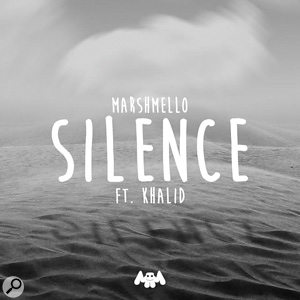 Arguably the most basic loudness processing technique is digital clipping — in other words, just turning up the mix until it exceeds the digital headroom of the delivery medium. However, dealing with the side-effects of clipping on music signals isn’t as straightforward as you might expect, because although the primary side-effect of digital clipping is distortion, its impact and audibility on different sounds varies a good deal, as this Marshmello production demonstrates rather neatly.

So, for example, the kick-drum sound that first appears at 0:26 is fairly heavily clipped (several waveform flat-tops of 70-100 samples per hit), but it doesn’t actually sound ‘distorted’ as such, because the distortion harmonics meld perceptually with the drum sound, becoming an integral part of its timbre. Yes, the drum in the original mix will have sounded different, and it may have lost some low end (relatively speaking) from shifting the spectral balance in favour of upper-spectrum harmonics, but that’s academic as long as the artist was happy with that final altered timbre — after all, the public only ever hear the ‘louder-ised’ release version. However, if you now listen to the song’s introduction, you can quite distinctly hear the artifacts of flat-topped regions that are only a 10th as long (at around 0:07 and 0:10), partly because there’s nothing noisy or percussive in the arrangement at that moment to mask them, and partly because the unmatched left-channel and right-channel clipping locations make the distortion ‘sprinkles’ appear hard-panned, so they’re easier to separate perceptually from the rest of the stereo picture. With these two illustrations in mind, it should therefore be clear that clipping as a loudness enhancement tends to work best when it catches centre-panned percussive peaks while avoiding smoother and more stereo sources.

The effect of clipping on pitched sounds is also rather context-dependent. Although polyphonic instruments quickly sound pretty nasty under even light clipping, it’s rare for anything other than bass and lead vocal (both usually monophonic signals) to have enough peak level to risk serious flat-topping in mastering situations. In those cases, clipping may not immediately make things sound obviously broken, because the added odd-numbered harmonics will be perceived more as a timbral change than anything else. On simple bass lines, this tends to manifest itself as an extra square-wave-like tonal character, but with lead vocals I find it adds a certain hardness to the sound. You can hear this on “fighting” at 0:18 or “been lying” at 0:24, for example, which both have a tonal edge that’s absent from the smoother, scarcely clipped “a feeling of comfort” at 0:20. Occasionally, you may also get interactions where the large low-frequency waveform excursions of a bass instrument don’t themselves clip but cause other instrument waveforms to do so, which can lead to slightly grainier-sounding character. If you’re wondering what I mean by this, there’s a prime example on the word “alone” at 0:35, where the vocal is being clipped by the bass, giving almost a whiff of ring modulation to the singer’s tone. Mike Senior 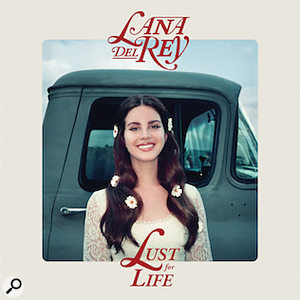 Although compression decisions usually have a technical dimension, there’s always an aesthetic angle too. Where drums are concerned, the main technical consideration is to consolidate the mix balance and restrain their peaks to within the available headroom of the output medium, but personal taste also has a big part to play. In this production, for instance, the drums function admirably from a purely technical balance perspective, in that their rhythmic pulse remains solidly audible throughout the song and they aren’t triggering clipping lights or ducking other important parts. Aesthetically, however, I can’t warm to them, even within such a retro-dreamy sonic concept. It’s like the kick and snare are in a dynamics straitjacket, and somehow hollowed out as if driven too hard into a fast-acting limiter. (In this respect, this song reminds me of some of those late-’90s ‘Guess who’s just bought L2?’ mastering jobs.) Or perhaps what I’m hearing is the cumulative effect of those 10 master-bus plug-ins the producers mentioned in our October 2017 ‘Inside Track’ feature?

To be fair, Lana apparently signed off on the mix and master personally, so I suppose the buck must officially stop with her, but judging by the results I find it hard to believe that loudness bias played no part in her decision. Mike Senior 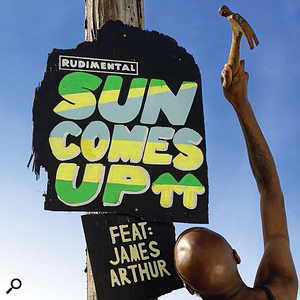 If you feel I’ve just been a bit hard on Lana Del Rey, and that it’s unreasonable to expect more punch out of the drums at this kind of loudness level, then I’d encourage you to give this Rudimental release a listen. Both tracks are mastered to a similar loudness level, but this production has masses more punch to its drums than Lana’s ‘Lust For Life’.

There are several reasons for this, in my opinion. For a start, Rudimental’s kick drum has a denser and more even distribution of frequency energy in the lower half of the spectrum, whereas the ‘Lust For Life’ kick relies heavily on generous doses of sub-80Hz woof, such that the drum’s impact all but disappears on any system that can’t put out serious low frequencies. But it’s not just a question of frequency response, because the lowest frequencies of the ‘Lust For Life’ kick drum seem to lag behind the rest, so it feels sluggish compared with the better-aligned spectrum of the Rudimental’s kick drum. Furthermore, the backing parts in ‘Sun Comes Up’ seem to interact more audibly with the kick-drum level, so the illusion of power is better retained at lower playback levels and on bass-restricted systems. As for the snare, the envelopes are like chalk and cheese, with Del Rey’s seeming squashed and edgeless when set against Rudimental’s, even taking the tonal differences between the two into account.

Now before I get hate mail from Lana’s fan club, I’m not trying to imply that ‘Lust For Life’ should sound exactly like ‘Sun Comes Up’ — that would clearly be comparing apples with oranges, because the artistic intent of each production is clearly different. But I do nonetheless think that Del Rey’s song would have benefited from a touch more of the fatness and punch that Rudimental’s drums showcase here. Mike Senior

Over the past few months I’ve mixed a handful of project-studio productions where the drummer’s combined a four-to-the-floor kick drum with a snare backbeat, and it’s given me new respect for the drummers of the ’70s. It might seem like a straightforward pattern, but I’ve come to realise that it’s actually far from simple to play consistently and without subtly flamming the kick and snare hits against each other, something that slyly robs the pattern of its trademark rhythmic punch and skipping groove. 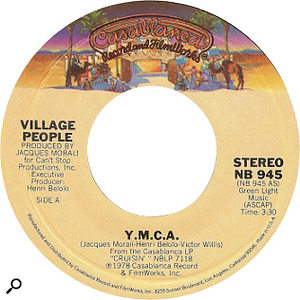 Needless to say, this classic Village People production, arguably the last word in disco calisthenics prior to Jane Fonda’s Workout, features some of the tightest hits outside of Ms Fonda’s leotard — the kick and snare remain within about 5ms of each other, well under the 10-15ms that typically starts to sound lumpy in terms of timing. Furthermore, the kick drum is so consistent that you can remove it surprisingly effectively from the mix by polarity-cancelling one section of the song against another, even though there doesn’t appear to be any obvious copy/paste tape-editing going on.

I was so struck by this, in fact, that I actually wondered whether they might somehow have triggered a sample, given that Roger Nichols was pioneering his Wendel drum computer for Steely Dan in the same year this record was released. Having tracked down the widely available online multitracks for the song, however, I reckon that the spill on the kick track puts paid to that theory.

What also struck me from the multitracks is the way the bassist is using his playing technique to make the mixing job easier, for example by brightening the tone for his more melodic moments (eg. the fill at 0:34 or the falling scale at 0:39) to make them more easily noticeable without recourse to fader rides — which would, of course, have had to have been done manually in those days. The exaggerated string slides that lead into each chorus are another highlight, as well the player’s comprehensive use of chromatic passing-notes: A-A#-B at 0:34; B-C-C# at 1:27; C#-D-D# at 1:04; E-F-F# at 1:16; F#-G-G# at 1:15. This ‘no half-step left unturned’ policy works in tandem with the horns/strings arrangement to enliven a strophic song structure that might otherwise be a little short on variety. Of course, in that respect there’s no doubt that singer Victor Willis’s contagious enthusiam is another vital ingredient in the recipe. Like a lot of singers, though, the enthusiasm comes at the expense of a tendency to drift sharp, not that anyone was too concerned in those days before Auto-Tune... Mike Senior