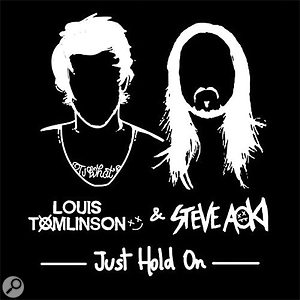 The methods EDM productions use to pump the gain of various arrangement layers in response to the kick drum is a subject of much discussion amongst aficionados. However, what’s rarely mentioned is that stereo width regularly plays a role in this effect too, because if you strongly duck all your stereo synths then the breadth of the mix’s panorama effectively pulses in rhythm, narrowing suddenly with each kick and then widening progressively in the gaps between hits. During the hook sections of this production, though, the width-pulsing effect is particularly striking, creating a very powerful subjective sense of kick-related movement in the track. And if you compare the Mid and Sides components of the stereo signal for one of those sections (the last hook, at 2:32, is probably best), you can see why — the gain-pumping of the synths in the Sides signal sounds clearly more prominent to me than their pumping in the Middle signal. So much so, in fact, that I’d hazard a guess that there might be a special Sides-only synth signal in there to achieve this, or that some kind of triggered M-S dynamics process might be responsible. Mike Senior

‘Big For Your Boots’

If you managed to miss out on the fuss surrounding Stormzy’s initial YouTube freestyle ‘Shut Up’, then now is a great time to catch up with The Future Of Mainstream Grime himself, as his first album has just recently topped the UK album charts. The record’s first single, ‘Big For Your Boots’ also made it into the UK top 10, and with good reason, because in it he presents a more directed and mature vision of the kind of flow he showcased on ‘Shut Up’, and with a polished production sound to match — if that’s not too much of an oxymoron given the name of the genre! The use of depth in this mix is especially commendable, reminding me a good deal of Dr Dre’s album 2001 (one of my own most revered mix references) in the way it contrasts super clear and punchy foreground elements (here snare, kick, shaker and vocals) with clearly separated background elements (the fake-sounding strings and delayed chipmunk vocals). What’s great about this is that the more ambient sounds psychologically enhance the apparent forwardness of the dry sounds, while at the same time providing an immersive soundscape that’s emotionally powerful in its own right.

The bass has been judged to perfection too, not only delivering ample genre-targeted sub-bass welly, but also just enough odd-harmonic energy in the mid-range for small-speaker translation. And check out the boldness of the shakers, which have been widened at mixdown to such an extent that they all but disappear in mono. In many productions this could have backfired badly, but it’s a testament to the rapid-fire rhythmic energy of the rapping that the loss of such a busy percussion layer damages the groove so little. Definitely an artist to watch. Mike Senior 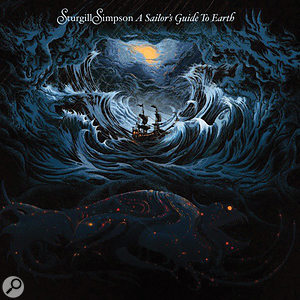 The intro to this song plays a fun little trick by starting with solo bass playing ‘G’ eighth notes for 10 whole beats. Given the featurelessness of the bass playing, you’re therefore left uncertain as to the position of the metric downbeat, and indeed the nature of the metre itself. However, there’s a general tendency amongst western musicians to assume a simple 4/4 metre wherever there’s an absence of any clear indication to the contrary, so when the guitar and kick drum finally appear on beat 11, it’s already a bit of a surprise, coming as it does apparently in the middle of our assumed ‘bar three’. What makes it even more unsettling, though, is that this first entry turns out to have been a one-beat upbeat to the actual downbeat on beat number 12 of the song, although this only really becomes clear from the musical context after at least the first couple of snare backbeats have gone by on beats 13 and 15. So what you’re getting is a kind of musical ‘double bluff’, first challenging your instinctive metric expectation, and then further challenging your subsequent reinterpretation. Which is strangely fitting, somehow, given the song’s title. Mike Senior 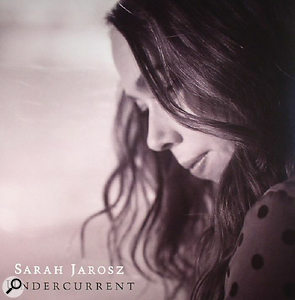 Although it walked away with a couple of Grammy wins this year, Sarah Jarosz’s album Undercurrent’s nomination for Best Engineering was also richly deserved, and warrants investigation by anyone with an interest in gorgeous-sounding acoustic plucked strings. At the production’s helm is one of the established masters of the field, Gary Paczosa, and his guitar, bass, banjo and mandolin sounds throughout are a delight in terms of their quality and variety of tone. As such, it’s tricky to single out any one song for discussion here, because each presents its own unique blend of instruments and each instrument’s timbre always seems tailored to its specific mix context rather than following any kind of cookie-cutter approach.

While ‘House Of Mercy’ justifiably turned the heads of the Grammy committee (it won Best American Roots Performance), it’s probably ‘Take Me Back’ that impresses me most from an engineering standpoint, with its honeyed blend of guitar finger-picking, two-part vocal harmonies and floating electric-guitar atmospherics. The acoustic guitar in particular is a paragon of sonic virtue. Not only does it have enough fullness and resonance to justify its central arrangement role, but also enough upper-harmonic sustain to generate a supportive halo around the lead vocals and electric guitar, as well as clearly delivering its own enticing moments of countermelody. The softly restrained mechanical noises are expertly judged too, injecting all the rhythmic momentum the song needs while giving a profound sense of nearness and authenticity despite the tremendously assured performances and generally super-slick production values.

The bass is another highlight, with an effortless warmth that knits into the guitar timbre without ever getting muddy. I do confess, though, that I wish the low G# notes balanced better against the A# and B notes, as I find the musical stress this mismatch puts on the second and third beats under the opening “Take me back” (and that musical moment’s several repetitions) a little off-putting, and the downbeat under the word “before” at 0:39 likewise feels a touch underpowered. Mike Senior

One of the reasons I hate the last-minute ‘up a step’ key-change cliché is because the expressive potential of modulation is otherwise so underused in chart music. Once in a blue moon, however, a song like this one comes along to demonstrate how key changes can define and support the song structure, rather than just providing cheap dramatic effects. 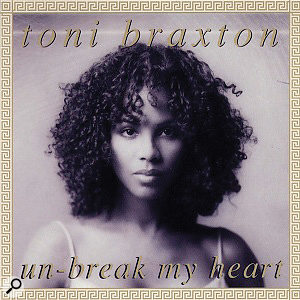 For example, it makes perfect structural sense for the ‘uplift’ of an ascending modulation (up three half-steps from Bm to Dm) to coincide with the chorus’s arrival here, with its concomitant rise in vocal register. And the middle section’s modulation from Dm (one flat) to G#m (five sharps), while undoubtedly melodramatic, also cannily puts us in position for a kind of modulatory double-whammy, with those minor-third upwards shifts now possible into both the final verse and the final chorus. And yet this production is also notable for its harmonic economy, the intro’s V-Im-IVm-VII-V-VI-V progression effectively constituting a construction kit for the entire song: the verses use chords two to five in Bm; the chorus repeats chords one to four in Dm with chords five to seven prefacing the modulations to the second verse and middle section; and the middle section brings chords one to four into G#m.

The mechanics of the modulations aren’t rocket science either. All the upward modulations arise from simply extending an established cycle-of-fifths progression. In other words, the end of the verse progression (V-Im-IVm-VII in Bm) dovetails directly with the chorus’s opening chords (V-Im-IV-VII in Dm) to produce a long falling-fifths chain of F#-Bm-Em-A-Dm-Gm-C. Likewise, the G#m middle section transitions to the Bm third verse via the sequence D#-G#m-C#m-F#-Bm-Em-A. The remaining two modulations both use fairly straightforward ‘pivot chords’, which belong to both the source and destination keys. So, for example, the first chorus’s closing A-major harmony functions not only as the Dm key’s V chord, but also as the VII of the forthcoming verse’s Bm key. Similarly, the second chorus’s Bb harmony operates simultaneously as the Dm key’s VI chord and (enharmonically) as an A# secondary-dominant in the II-V-Im cadence which leads us to the middle section’s G#m key.

There’s no denying that Braxton’s performance is also extraordinary, with a spectacular variety of vocal deliveries on display, ranging from the half-whispered intimacy of the verses and the middle section’s high falsetto at 2:37, right through to her full-throated diva histrionics in the choruses and the deliciously gutsy growl of “undo” at 3:18. And, like many of the very best singers, even her breaths are expressive, one of my personal highlights being the fantastic shuddering inhalation that follows the third verse’s “don’t leave me in all this pain”. That said, I don’t think the era’s penchant for hissily sibilant vocal reverb has aged very gracefully, and I can’t help wincing every time I hear that emotionally incongruous ‘woo!’ during the fade-out at 4:07, like some refugee from Michael Jackson’s ‘The Way You Make Me Feel’... Mike Senior