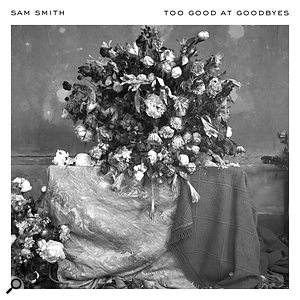 ‘Too Good At Goodbyes’

When shifting into their falsetto register, some male vocalists find it more comfortable physiologically to restrict (or even close off) the flow of air through their nasal passages. A side-effect is that ‘n’ and ‘m’ consonants begin to approach ‘d’ and ‘b’ instead, almost as if the performer has a cold.

Normally this isn’t a huge issue, because most singers only use falsetto pretty sparingly, but it’s very much Sam Smith’s stock in trade, and I honestly found the nasally congested lyrics in this song a bit distracting. In the chorus, for instance, we’re treated to “you hurt be” and “every tibe” twice, and (my personal favourite) “we don’t stad a chas”. And before anyone tries to argue that a blocked nose simply adds tear-stained authenticity to his emotional message, bear in mind that there are plenty of other moments (most of them not falsetto) where he displays all the clarity of a menthol-lozenge endorsee.

So what to do? I’ve had a certain degree of success remedying exactly this kind of thing with extreme automation moves, boosting the underpowered consonants and the little vowel-consonant and consonant-vowel transitions either side of them by 6dB or more. However, I also know from experience that sometimes there’s simply not enough information to work with. So really the best cure is prevention: either try to get the singer to work on opening up their nasal passages more during falsetto singing (which, incidentally, tends to give the sound a bit more airiness and intelligibility in general), or just avoid writing those consonant sounds into falsetto lines.

I also can’t help feeling that the lead vocal’s tuning seems to be pulling a little bit flat, at least in relation to the piano and bass. This is something that I can’t imagine having been left to chance with such a high-profile artist, and the cynic in me wonders whether it might be the result of an inappropriate pitch reference in Melodyne. But if it’s intentional I can see a definite justification, as I reckon it helps make the song feel a little more plaintive. Mike Senior 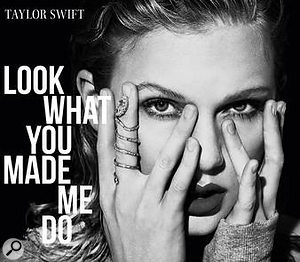 ‘Look What You Made Me Do’

One of the things I immediately liked about this production is that it inverts the long-term dynamics archetype that most pop songs are built around: namely, that the verses start relatively stripped back in arrangement terms, and then ramp up into a relatively full-sounding chorus, the idea being that the chorus payoff aligns with the arrangement payoff. Here, though, the chorus is about as minimal as you can get, with just the spoken vocal hook and a spartan drum beat. Its impact is built not on textural thickness, but shock value and ‘upfrontness’. But what makes this particular subversion special is that the arrangement gives all the signs of being more stereotypical, with a pared-down verse leading to a pre-chorus build that still seems to be leaving plenty of room for a big chorus payoff; when the chorus turns out to be so sparse, the emptiness is all the more startling.

Comparing the different choruses reveals another thought-provoking detail: choruses one and three have a very dry-sounding lead vocal, whereas choruses two and four give Taylor quite a strong, short room ambience. As the third and fourth choruses constitute the song’s final double-chorus, this makes a lot of sense in terms of opening out the sound for the finale, and likewise the idea of a second chorus offering a more expansive sound than the first is no big news. It’s just that most of the time producers pull off those kinds of section contrasts with added instrument or vocal layers, rather than with such a characteristic lead-vocal ambience, and I can’t recall having heard the clear odd/even connection as noticeably in any other recent production.

There’s a nice lyrical trick in the choruses too, adding the word “just” to the third and fourth iterations of “look what you made me do” to syncopate the speech stress patterns — a great example of getting more repeats out of a hook without tedium, simply by subtly shifting the context. Reminds me of a previous hit of hers, in fact: ‘We Are Never Ever Getting Back Together’ pulls a similar stunt with its extra “ever”. Mike Senior 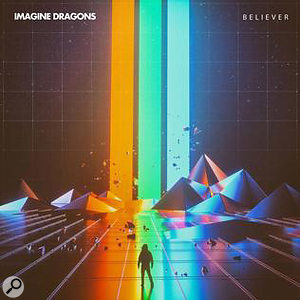 If you want to wrong-foot the listener to highlight the onset of a song’s chorus, but your main hook/melody happens to start only on the chorus’s first backbeat, then one tried-and-trusted arrangement method is to create a kind of arrangement ‘suckout’ on the downbeat, allowing the full texture to explode into existence on beat two. This is most often used as a one-off device, perhaps to add that extra bit of spice to the final choruses after a middle-section build-up, but this Imagine Dragons number rides it till the wheels fall off!

The first specimen appears at the head of chorus one, the downbeat stripped down to its solo bass synth (a gloriously grubby-sounding one!) before reinflating into the backbeat’s mob-vocal “Pain!”. But it substitutes a full-texture variant with distorted guitar two bars later, when I’d half expected it to repeat verbatim, as well as suddenly reappearing following new thematic material at 1:09. So the resulting A-A’-B-A structure effectively extracts three attention-grabbing moments from a single ‘sit up and take notice’ arrangement stunt.

It gets better. Since the second chorus is cast from the same mould, it creates a sense of inevitability about the approach to chorus three and the producers capitalise on that expectation to refresh both the suckout moments. The first replaces the bass drop with an extended taiko swell first heard during the build-up to chorus two (1:53), transplanting that from its original beat-three location to the downbeat, slyly generating a flavour of bar-extension/contraction without actually deviating from the meter. But the second instance trumps them all by muting everything but the vocal reverb tail.

What’s also unusual about this production is the extensive use of transition effects to connect and add momentum between the basic groove’s ponderous main beats. Pitch-bend transitions are many and varied, for example: there’s not just that signature bass drop and its rising-pitch guitar substitution, but also the shift between downwards and upwards pitch inflections on “Pain!” during the different chorus sub-sections. There’s plenty of ‘velocity ramping’ too, most obviously in the Taiko-style fills that are baked into the basic groove, and which (as I already mentioned) so effectively flag the second and final choruses from different metric standpoints. Extended reverse-envelope effects can be heard on the final backbeat before choruses one and two, while a shorter one returns us to the full texture following that final dramatic suckout at 3:12. Furthermore, these different transition effects are frequently chained for added impact. Check out the quintuple-whammy going into the second chorus from 1:53: two different taiko velocity ramps lead into both the third and four beats of the bar preceding the chorus; a reverse-envelope transition effect propels us into the downbeat; and then the pitch-drops of the bass-drop suckout and its following “Pain!” carry us right on to beat three. Whatever the band paid their production team, it wasn’t enough! Mike Senior

One of the great intangibles of mixing is how to develop the most successful ‘vision’ for your mix, especially when you’re working with new artists who haven’t yet nailed down a definitive musical identity. In this regard, what I find so interesting about the Spice Girls’ debut single is that it provides an opportunity to compare the visions of two of the world’s greatest mix engineers, by virtue of its two release versions. The first was created by Dave Way, who has mixed chart smashes like Christina Aguilera’s ‘Genie In A Bottle’ and Macy Gray’s ‘I Try’. The band ending up rejecting it, and the official radio version that most people know was mixed by Mark ‘Spike’ Stent. 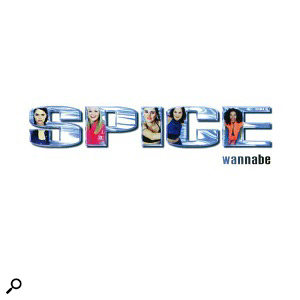 What I find most striking about Way’s mix is that the backing track is tons cooler than Stent’s, full of that gritty, urban R&B attitude that was tearing up the airwaves in the mid-’90s. It’s got low end for miles and the drums sound massive. Stent’s version, on the other hand, boasts a backing track that feels scarcely a step away from a Roland JV1080 demo, to be brutally frank, with its RAM-light piano and string samples, unimaginative synth pads, wooden hi-hat programming, plasticky cymbals and drums that feel overshadowed by the vocals in the balance. But while Way’s sonics are much more to my own taste, I think the band chose the better version as the official single — Stent’s vision just makes a whole lot more sense in relation to the identity the band were trying to promote.

The section that demonstrates this most clearly is the rap (1:45-1:54), where Scary’s sing-song Leeds accent and Ginger’s “she’s a real Lay-dee” (practically channelling Barbara Windsor) just don’t sound convincing within such a clearly US-centric hip-hop context. Recast those performances within the soundworld of ’90s-era children’s TV adverts, though (as in Stent’s mix), and the band’s Tiswas-grade daftness and ludicrously stereotypical personae make a whole load more sense. And rather than trying to paper over the band’s fundamental credibility gap with layers of slick adult-oriented programming, Stent transforms it into a virtue, boldly turning the vocals up to the point where the girls’ undeniably amateurish end-of-the-pier charm becomes an endearing asset instead of a cringe-worthy liability. What impresses me most about Stent’s vision here is that this is a man who has also mixed records like Massive Attack’s Mezzanine and Bjork’s Homogenic: he can clearly ‘do’ cool when he wants, but he decided not to when he felt that better served the client. What a pro! Mike Senior