It’s not that common to hear a true soprano in chart music, as a lot of divas prefer to stick to alto registers to achieve more soulful timbres. In this case, though, Kiesza’s performance, ranging all the way up to top ‘G’, really works for me, making something of a production hook out of the resultant ‘hollow texture’ — you get lots of bass and treble notes, but very little happening in the middle registers. And by virtue of this textural hole you can easily hear some great examples of filtered noise being used as a transition effect. Notice in particular how extended each of the filter sweeps is: the rise at 0:53 lasts at least eight seconds, while the falls at 1:02 and 1:18 are almost twice that length. 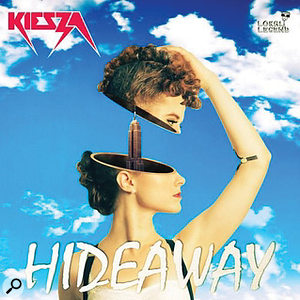 If you’ve not experimented with this kind of thing before, it’s ridiculously easy to do with almost any modern soft synth. Just use a single oscillator with white noise selected as its waveform, route that through a filter set to band–pass mode, play a MIDI note to trigger the noise, and then sweep the filter’s cutoff frequency. Depending on the slope and resonance of the filter you use, you’ll get a different noise tone — to emulate the flavour used in this song I’d suggest starting with a 24dB/octave type, and only a touch of resonance to keep the emphasis peak from ‘whistling’ too ostentatiously. Mike Senior

‘I Will Never Let You Down’

The odd distortion sound on the guitar intro of this production sounds to me like aliasing, so if you like the sound of it then some kind of ‘lo–fi’ or ‘bit–crusher’ kind of plug–in would be the way to go. In this case I think it’s very effective at indicating from the outset that we’re hearing some kind of electro style, despite the distinctly Red Hot Chili Peppers guitar line/tone. 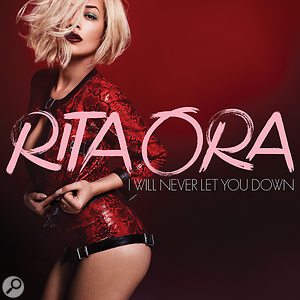 The quirky little rhythmic hook in the chorus backing also caught my ear: notice how the eighth–note off–beats are absent from the first half of the second bar of each four–bar unit (you can hear this for the first time at 1:02). It does seem a bit of a shame, though, that the electric guitar part seems to push the beat there, as this unsettles the groove and weakens the musical effect of those moments for me. Mike Senior

There are lots of nice little touches in this production — the steel drums first heard at 0:16, the little party–vibe whoops on the left–hand side of the stereo image that first make their appearance at 0:32, and what sounds like a reverse–envelope reverb on the lead vocal at 1:04, just to mention a few of them. My favourite element of this production, though, is the piano that enters at 0:48. Tinny piano sounds are something of a house cliché, of course, but I was surprised that its entry had something of a warming effect, 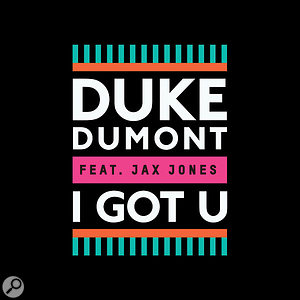 despite what sounds like the usual astringent high–pass filtering. Closer listening (particularly to the Sides signal) suggests that the warmth is actually coming from some kind of gently percussive keyboard pad that’s layered stealthily behind the LF–shy piano timbre. I wonder whether we hear the layer on its own later at 1:04–1:35, in fact. Because our ears tend to identify instruments primarily according to their attack characteristics and the balance of their upper–spectrum harmonics, layering a dull–sounding synth underneath something as percussive and bright as a house–style piano pretty much guarantees that the former will remain hidden by the latter in the listener’s consciousness. (The same principle underlies the common rock–music trick of underpinning a bass guitar with synthetic sub–bass — as long as the synth is dull, the character of the live instrument’s timbre subsumes it, so that all you hear is a single bass guitar with better low–end oomph.) Mike Senior

This mix features a textbook example of slapback echo on the lead vocals during the verses (0:21 and 1:35) and middle section (3:01). To my ears it sounds like a single–tap echo with a delay time of approximately 60ms. As I understand it, this mix comes from Michael Brauer, a big fan of classic tape echo units, so I wouldn’t be at all surprised if that’s what we’re hearing in this case — certainly there’s that kind of smoothness to the delay tap I’d expect of an analogue unit.

The drum sound is also tremendously compressed, but at the same time the hi–hat isn’t at all overbearing, as it normally becomes if you’re working with completely live drum recordings, no matter how busy you get gating/editing spill. As a result, I’d wager there’s at least a snare–drum sample supplementing the live tracks here, because I find it hard to believe that you could get such a compressed snare so upfront in the mix otherwise. There could also be a kick–drum sample in there too, but it’s always trickier to tell there, because it’s usually fairly straightforward to isolate the kick–drum sound of any live kit recording during mixdown by using a combination of gating on the kick channel and high–pass filtering on all the other mics — especially if an ‘inside–the–kick’ close–mic placement has been used. (It’s also interesting to note that there don’t seem to be any toms used in this track at all, and the heavy snare timbre makes sense to me within this context, because it helps retain more power in the end–of–section fills.) 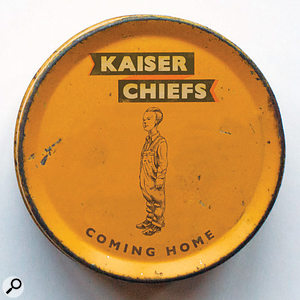 Finally, here’s a little poser for you: what’s the purpose of the level hike that appears to be applied to the whole mix at 1:27? It’s a boost of around 0.7dB, I think, and while that might seem rather small, it’s nonetheless clearly audible. While the idea of riding the overall level of the mix with your master fader is by no means new or unusual (Andy Wallace mentioned it in his recent interview in SOS July 2014, for instance), such tactics are typically reserved for subliminally supporting section changes — the hoariest old chestnut being to boost the level a decibel or two whenever a chorus hits. But what purpose does it serve in this case, where it comes in such an odd place musically, namely the sixth eighth-note of the first bar following the chorus? I suppose you could argue that its very unusualness helps maintain the attention of the listener. But it’s probably just a goof... Mike Senior

The lead vocal sound here is rather striking, with a kind of rasping digital edge that constitutes a good contrast against the mellowness of the rest of the mix. While it’s impossible to reverse engineer exactly what effects were used to achieve this without direct information from the artist, here’s what I’d suggest for anyone who wants to recreate that kind of timbre in their own work: try ring–modulation. In my own experiments with Melda Productions’ freeware MRingModulator I got best results using comparatively low modulation frequencies (around 50 to 70 Hz) and modulation depths in the 20 to 30 percent range. Setting up the ring–modulator as a send effect also helped a great deal, because I could use fairly severe high–pass filtering (24dB/octave around 700Hz) to scotch unwanted low–frequency side–band pitches and also tame the rather extreme HF aggression of the effect with low–pass filtering. 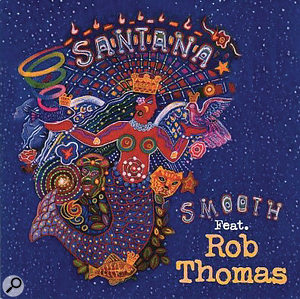 While we’re on the subject of vocal effects, there’s a nice example of the ‘outside the speakers’ widening effect on the “drifting away” backing vocals first heard at 0:41. In other words, the stereo backing vocals submix has been processed such that the Sides component of the signal is considerably stronger than the Middle. This gives the illusion that the voices are located slightly outside the normal boundaries of the stereo panorama, something beyond the capabilities of traditional hard–panning. The effect is a nice one in stereo, but the downside is that it inevitably leads to mono–compatibility problems for any such widened parts, as you can hear if you toggle your DAW’s or monitor controller’s Mono button — the apparent level of that line in the mix drops dramatically in mono. Fortunately, Mr Probz has sensibly chosen to restrict its use to a fairly incidental part, so no probs there. Sorry, couldn’t resist... Mike Senior

There are a lot of thought–provoking mix decisions in this track, first and foremost Carlos Santana’s lead guitar sound, which trades heavily on its 3 to 500 Hz region to anchor itself in the mix balance. This is a little unusual in my experience, because that spectral region is usually fought over tooth and nail in most mixes — the subjective warmth of many instruments resides in that zone, and mix clutter also normally builds up most quickly there. The nature of this guitar sound therefore means that the brass and piano have had to be pretty severely thinned out to prevent overall muddiness developing in the mix as whole, and the bass also relies on its fundamental and an equally strong first harmonic so as to leave space for the guitar above 300Hz.

The additional difficulty here, though, is that the lead guitar doesn’t play all the time, so how does the mix compensate for this loss of low mid-range? Well, the lead vocal helps in this respect during the choruses in particular, where its reasonably full tone also helps make it stand out nicely in the balance. In the verses, though, the telephone–style distortion effect thins out the singer’s timbre, and it seems to me that the piano is the main part to step into the breach — you can hear it being ridden up in the balance considerably at those points, as well as being ridden down again whenever the guitar makes an occasional interjection. The brass arrangement also seems to help a little too, by shifting to a lower register there.

The second verse has a rare treat for headphone listeners: a clearly distinguishable whispered-vocal double–track in the right channel only, something that’s much more dramatic when you hear it over cans. What makes it even better, though, is that it’s disconcertingly sporadic, only appearing on some lines, so it keeps taking you by surprise. And then, just when you’re beginning to get used to it, it suddenly swaps sides to emphasise the line “you hear my rhythm on your radio” — rather fitting really, given the filtered vocal timbre. And the next swap, this time a left–right–left sequence, is even more apt, appearing as it does for the lyric “turning you round and round”. Mike Senior