The Mix Review Sound On Sound Audio Engineers review chart productions from a sonic, arrangement and production perspective. This month featuring 'Pompeii' by Bastille, 'Let It Go' by Idina Menzel, 'Strong' by London Grammar and the most classic of classic tracks from 1971, Led Zeppelin's 'Stairway To Heaven'. 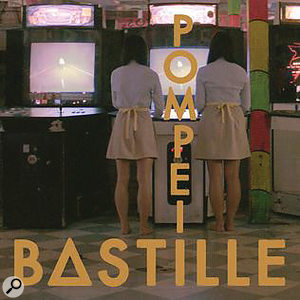 My first thought on hearing the opening "eh, eh‑oh, eh‑oh” backing‑vocal riff in this BRIT Award‑nominated production was that it sounded like a football terrace full of Teletubbies, but once I'd shaken off that mildly disturbing mental image, a more serious question emerged: what is responsible for the particularly dense breathiness in the vocal ensemble tone? Although a bright mic and/or weapons‑grade 10‑20kHz EQ boost could be responsible, I can't quite believe that's the whole story, given the thickness and smoothness of the HF spectral components. High‑frequency distortion or Aphex‑style psychoacoustic enhancement can help brighten vocals, but I'm doubtful if they're part of the recipe either, because I'd normally expect a harder, more cutting, sonic edge from such processes, rather than this kind of diffuse 'hissiness'. I wonder whether the band layered in whispered vocals alongside the sung ones, perhaps, or even triggered a richly breathy synth pad or noise source alongside. A super‑short, bright reverb patch might have had a hand in proceedings too (in addition to the more audible long‑decay send‑effect treatments), just to lengthen and widen the high‑frequency content a fraction.

The main rhythmic BV riff sensibly gives way to more sustained chordal parts towards the end of each chorus (eg. at 1:05), leaving plenty of room in the arrangement for the faster‑rate lead‑vocal lyrics of "how am I gonna be an optimist about this”. Also, notice how the riff's first "eh” is removed at the beginning of each chorus, leaving the lead vocal's word "eyes” unobscured and lending the onset of the subsequent "eh‑oh” a particularly arresting attack. I wouldn't be surprised if this detail had been introduced by the mix engineer, because it's so natural to do this kind of thing with automated Mute buttons and there's a fair bit of automation data flying around, given how much louder that first "eh‑oh” is compared with the following ones. Mike Senior 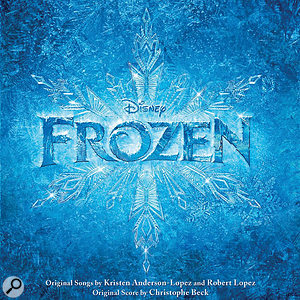 The success of Disney's Frozen, now officially the highest‑grossing animated feature in cinema history, catapulted this song into the Billboard top 10, and provides a good illustration of how a Broadway‑trained singer such as Idina Menzel differs from your typical popstress — or indeed from the vast majority of vocalists you usually meet in home or project studios.

The first thing to point out is that most amateur singers simply aren't this powerful. I don't mean that they can't do 'loud', because most people can yell something momentarily if given enough of a run‑up, but it's a big step up from there to the kind of sustained volume you can hear during this song's final chorus. For example, Menzel manages to maintain warp power for a full eight seconds for "here I stand in the light of day” at 3:16, a feat that requires a good deal of abdominal strength and control, as well as extremely efficient use of lung capacity. Few nonprofessionals have that degree of vocal technique, and would either gulp down extra air midway through the phrase, thereby destroying the legato nature of the line; or else they'd pull back on the throttle, losing the vital tonal edge that indicates a maximum‑intensity performance to the listener, and which also contributes to the mix's overall illusion of power — if the singer appears to be busting a gut to be heard over the track, then it implies that the backing parts must themselves be fairly powerful.

But Menzel's performance isn't merely a display of firepower, because her projection of the lyrics is also superlative. Part of the secret is that enormous gob of hers, which she uses extremely effectively to exaggerate the vowel sounds. To see what I mean by this, check out her live performance of this song at the Oscars ceremony. (If it's not to hand, suffice to say that on the word "past”, just before the final chorus, her mouth is so wide open that I swear the head basket of her vocal mic would fit through without giving her dentist even the slightest cause for concern!) Another crucial part of the recipe is that she avoids the classic rookie trap of only singing the most important words/notes loud, investing serious effort into supporting the smaller words too. (For an example of the opposite, check out the 1975's recent song 'Sex', where lead singer Matthew Healy swallows words left, right and centre.) Again, the final chorus illustrates this beautifully on lines such as "and I'll rise like the break of dawn” and "that perfect girl is gone” — plus at "here I stand in the light of day” you can even hear her adjusting the word "in” to the more open vowel‑sound of "en”, a common trick for improving projection.

However, while there's much to recommend theatre‑trained singers for big musical climaxes, they do sometimes run the risk of engaging their booster rockets before they're really necessary in the studio. In this case, for instance, I think Menzel wastes the opportunity to really rein in her projection when the rest of the arrangement thins out at the start of the first chorus (0:59), such that her chorus delivery feels incongruously overblown considering the nature of the backing arrangement. For my taste, I'd have preferred it if she'd kept those big guns under wraps until the second chorus, where they'd have made a bigger statement in tandem with the full orchestral entry at that point. Mike Senior 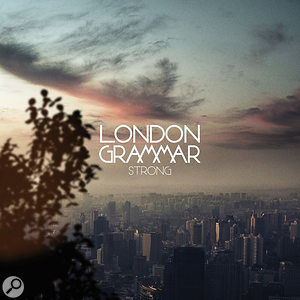 Despite missing out on the top spot in the UK album charts, the slow‑burn qualities of London Grammar's debut If You Wait resulted in it becoming the fifth best‑selling album of 2013. The album's most successful single, 'Strong', not only serves as a good introduction to the band's sound in general, but also showcases the effects of predelayed reverb on the lead vocal. The stereo signal's Sides component doesn't contain the centrally panned mono dry vocal signal, which makes the stereo vocal reverb's pre-delay easier to hear, on which evidence I'd guess that it's delayed upwards of 120ms. Why would you want to delay the reverb signal like this? Well, from a psychological perspective, it tends to reduce the distancing action of a reverb, something which makes sense on lead vocals, given that they usually want to be relatively upfront in most mixes. However, the way pre-delay separates the first simulated reflections from the dry signal can also have practical mixing benefits. Firstly, it tends to keep the lyrics clearer and more intelligible, because consonants aren't smeared by the early reflections. Secondly, it avoids appreciable comb‑filtering effects between the dry and wet signals, which might otherwise affect the naturalness of the vocal timbre. And thirdly, it reduces the degree to which the dry signal obscures the wet signal, which means you typically need to apply less reverb to achieve the same subjective 'wetness', thereby reducing overall mix clutter.

That said, mix clutter isn't really a big problem here, given how well the general sparseness of the arrangement and the simple, slow‑moving harmonic progression suit the use of long effect tails. Some care appears to have been taken to contain the low end of the strings patch too, judging by the section at 3:28‑3:40 where it's most exposed, such that the bass/synth drone layers and piano low frequencies have plenty of space to roll around without bloating the overall tonality. Mike Senior 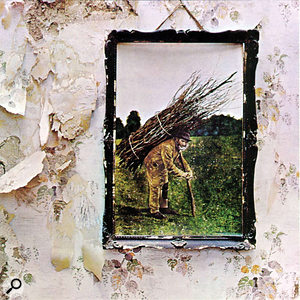 Much has been written about this classic rock production, and there's no doubt that its gradual build‑up of arrangement, tempo, and performance intensity is extremely effective — but the tuning doesn't half make my flesh crawl! The main acoustic guitar is fine when it first comes in, but the recorder parts quickly start drifting flat against it. The treble 'E' at 0:24 is the first one that feels rather sour, but it's the F# at 0:28 and then the A at 0:52 that really give me the shivers. To a certain extent, the flatness is inevitable, because John Paul Jones is deliberately using very little breath in order to achieve a fragility of tone from those recorder parts, and recorders tend to lower in pitch if you restrict the air flow, but I'd have been tempted to slow the tape machine down a tad to compensate for that myself. Things only get murkier from then on, because it feels like Robert Plant can't really decide what pitch information to follow some of the time, and he's not exactly the most pitch‑perfect singer anyway.

Things get a little better once the electric guitar replaces the recorders in the right‑hand speaker at 2:15, although that part too is considerably flatter than the acoustic guitar on the left. The presence of the bass notes helps, I think, by making the harmony feel more rooted — as evidenced by listening to the stereo Sides component, from which the centrally panned bass is absent. However, even with the bass in the mix the end‑of‑phrase strummed chords (eg. 2:48 and 3:00) still set my teeth on edge. (It's interesting to note, though, that these tuning issues are significantly less noticeable on headphones than on speakers, presumably because of the psychoacoustic ramifications of the left and right channels feeding their respective ears independently in that case, rather than mixing acoustically.)

One other thing that puzzles me a bit about this recording is the way the drums are presented in stereo. The first time you hear them is the opening fill at 4:18, which places the snare quite a bit to the right, the top tom further out to the right, and the mid tom in the centre with the kick — in other words, roughly an 'audience perspective' view. So what's the hi‑hat doing way off to the left with the ride? I can see the reasoning on purely aesthetic grounds, as a means of balancing the right‑leaning snare with the left‑leaning hat to create a balanced image, but it's still rather odd.

I also find it a bit disconcerting the way the two crash cymbals both drift off towards the left‑hand side as they decay — check out the two isolated hits at 5:32 and 5:40 to hear this most clearly, but the same thing happens throughout the heavy section afterwards, which makes me reluctant to believe that it's someone's hand intentionally tweaking a pan control at mixdown for the benefit of more chemically enhanced listeners! A brief bit of research on my part didn't turn up anything very concrete about how the kit was miked for this song, but I wonder whether cymbal spill on that left‑panned hi‑hat mic might have been the culprit here — if the mic were being heavily compressed, the gain‑release action could conceivably increase the apparent level of the cymbal tail on that side of the mix, thereby generating the dynamic panning effect. Mike Senior