There are two different types of effect commonly called 'reverse reverb'. One is traditionally created by playing a multitrack tape recording backwards, feeding a track to a reverb unit, and then overdubbing the effect's output to a spare track. When the tape is returned to its normal playback direction, the reverb is played backwards, which means that the reverb tail precedes the dry feed tracks in time, ramping up in level towards them. For a well-known example of this, check out the 'reach out and touch faith' vocal phrases in the second half of Depeche Mode's 'Personal Jesus' — the one at 4:14 is particularly exposed. 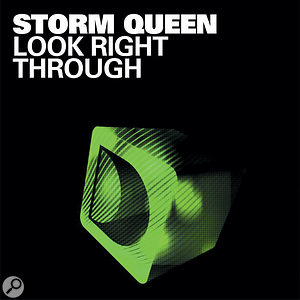 such as the 's' of 'soon' at 1:02, and the result of this effect overall is rather trippy and unnerving. Little wonder that reverse-envelope reverb is so often used for other-worldly voices in television and film dialogue.

Beyond the novelty value, the effect serves a couple of useful engineering functions in this case. The inherent unnaturalness of the sound draws attention to the reverb as a special effect, and makes the dry signal less likely to mask the reverb even when the reverb is mixed fairly conservatively. But the weakened early reflections of a reverse-envelope patch also reduce the degree to which it draws the vocal backwards in the mix — which is great where you want to keep a solo vocal up front in the mix. Mike Senior

This band's highest-charting single to date on the Billboard Hot 100 has many unusual features. The muted retro drum tones and distant hi-hat are particularly characteristic, and make perfect sense from a mix perspective, allowing the psychedelic synth/guitar details and indier-than-thou 'swallowing an SM58' male vocal tone to transmit to the listener effectively. The short feedback delays on the vocals are well chosen, giving a literal interpretation of the song's title that I rather like. It seems to obscure the lyrics at some points, though, which is a shame.

On a musical level, the bass part is a highlight for me. The way it alternates between long and sustained on-beat notes and springy off-beats at 4:08-4:40 is simple but powerful, exaggerating a tension that's been played out less forcefully throughout the song 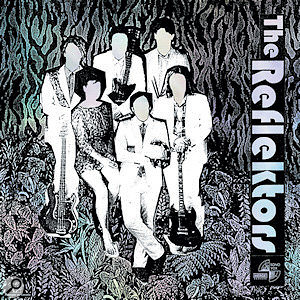 thus far. It's also not content to live with straight repeats, sprinkling great little fills and variations all over the place. For instance, the detour to a low C-sharp at 4:18 slays me every time I hear it! Yet the part displays great sensitivity too, in returning to a more understated groove-orientated role, so that other parts can take more of the limelight during the long outro freak out (after the solo piano break). That's the kind of bass player every band could do with! Mike Senior

This has got to be my favourite sassy anti-bling manifesto since Ms Dynamite's 'It Takes More'. It's great to hear real low-frequency reverb on a chart record, as on the kick-drum here. You rarely get to appreciate a reverb unit's low-end tail in such isolation because of the need to keep the low frequencies of the mix clear of clutter but, as there's nothing but the kick and bass going on in the lower octaves, why not make hay? There are lots of clever moves in the backing-vocal arrangement too. The progressive stacking up of 'I rule' at the end of the chorus is a signature moment, and very efficiently avoids any lull in listener interest. And notice how the 's' of 'royals' (for example, at 0:48) is neatly placed on the beat to support the groove. My favourite BV section is the second verse, where their entry at 1:13 helps lift the song's energy, but removing them completely to expose the lead line's 'that we're fine with this, we didn't come for money' then underlines the song's central lyrical theme.

The synth that also appears at 1:13 performs a structural function, differentiating the second chorus from the first, and a further subtle off-beat synth pattern elevates the final chorus a notch further. Both chorus additions are, wisely, fairly restrained, keeping the listener's focus on the lead-vocal gymnastics. The lead vocal itself is a fantastic example of a singer inflecting the ends of notes to expressive effect: 'flesh' (0:03), 'town' (0:18), 'envy' (0:21), 'blood' (0:50), and 'money' (1:35) all finish with their own subtle little curlicues, and there's even one on 'code' at 1:16 that all the backing vocals join in on.

If you chop this song into sections and phase-cancel the choruses against each other, it's clear that 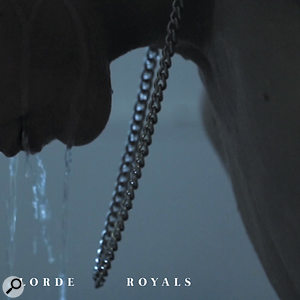 the chorus vocals have been copied and pasted. If you like this song, that leads to an interesting philosophical question: should copying and pasting vocal choruses be frowned upon? Several high-profile producers are dead set against this kind of thing. Here's Wyn Davis, for instance: "People will come in and work hard to get something on the first chorus and then say 'OK, can't you just paste that everywhere now?' When people used to play these performances from top to bottom, there was a synergy with that track that happened. Something would evolve as the track went on. You definitely lose that if you're just using a hard-disk recorder as a glorified musical word processor.”

But what does that loss of 'synergy' amount to in this specific case? On a commercial level, I'm not convinced that Lorde's sales would have been greater with through-sung vocals, because she stamps her character all over proceedings just fine as it is. I don't think there's a net loss aesthetically either. Given how much of the average pop production process is dedicated to vocals, copying chorus vocals might well allow you to complete two releases within the man hours required to through-record one. So if you like Lorde's songs, would you rather have only one, or two with slightly more repetitive chorus performances? Mike Senior

Check the SOS forum for more comments on the tracks discussed in The Mix Review this month: /mixreview.

Despite apparently having been recorded in a studio with egg boxes on the walls (which wasn't a good sign even 35 years ago), this production still boasts one of my favourite close-miked drum sounds ever, comprising thick, punchy snare, kick and tom sounds, along with a mix that places them right in your face. As such, it's an excellent mix to listen to if you fancy reminding yourself of the kind of dynamic power that has so often been sacrificed these days in pursuit of mastering loudness — and there are few mixes that will reveal a peak limiter's dirty laundry as brutally as this one! The cymbals don't thrill me quite as much, though; it sounds as if the hi-hat's picking up some rather phasey spill from the snare mic, for instance, and the crash cymbals really lack sustain once the chorus kicks in, as well as sounding as if they're about six feet behind the hi-hat and ride (the latter can be heard particularly well in the pre-choruses at 0:47-1:00 and 2:00-2:12).

Recording any three-piece band usually presents something of a stereo positioning problem: if you put your kick, snare, bass, and lead vocal in the centre of the stereo picture (as is usually wise), then you have to decide whether the remaining instrument, in this case Andy Summers's guitar, should be panned off-centre. If you leave it in the middle, the whole mix will tend to sound a bit narrow, and the guitar will be more likely to obscure the vocal; if you push it off to one side, though, there's a danger that the production will sound lop-sided, given that there's only one guitar. There are various ways of attempting to square that circle, and the method used here is to pan the guitar's dry signal and reverb fairly hard to opposite sides. (You can hear this most clearly in the song's intro.) It's interesting that the chorus backing vocals, by comparison, are panned quite conservatively, a little to either side of the lead. I think most people would instinctively have panned them a little further out. They seem a bit constricted in stereo to me, but they do of 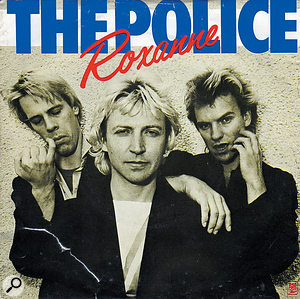 course keep their balance better in mono as a result.

This song also contains one of the best-known recording gaffes: Sting apparently played the upright-piano cluster at 0:04 with his arse while stepping a little too far back from the vocal mic, and couldn't then help laughing on-mic at 0:06! Even in 1979, I don't think those sounds need have been as prominent as they are in the final mix. They were recording to 16-track, so the vocal would presumably have had its own track, and even if it was recorded live with the band, I'm sure you could easily have muted the vocal mic until the last snare hit of the intro at 0:14 without compromising the drum or guitar sounds very much — everything here's pretty close-miked, after all. So I reckon producer Nigel Gray and the band probably shared Tom Dowd's attitude to mistakes: if you've got one, turn it up! By doing this, you can potentially transform the mistake from a liability into a minor hook, and it can draw you into the illusion of being part of a raw live performance.

I always felt it was a bit of a shame that the edit at 0:47 was a bit clunky, because it undermines this whole 'band in a room' vibe for me. I'm pretty sure it's an edit of the two-track master because you can hear that it kills the reverb tail on the last word of 'you don't care if it's wrong or if it's right'. Being charitable, perhaps the take prior to the edit started the word 'Roxanne' earlier than the take prior to the edit, which would have forced the engineer's hand, but otherwise it must just have been a question of 'that'll do... Next!' Mike Senior