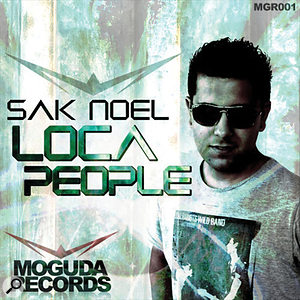 A recurring question on discussion forums seems to be how to get a really clear, cutting kick-drum sound for mainstream chart-oriented dance tunes, and because this production provides a good example of that, I thought I'd take the opportunity to examine how it works. The choice of sample is, of course, critical, and while this is inevitably a question of personal taste, there are nonetheless a number of practical considerations to bear in mind too.

Firstly, while it's always a temptation to have lots of sub-bass rattling around, there are good reasons to avoid putting too much energy into the 20-40Hz region — and not just because it tends to eat into your available headroom at the mastering stage. Even on a full-range listening system, it's tricky to get extremely low frequencies to register as subjectively 'bassy' to the listener unless you allow them to ring on in time. However, if you do that, the gaps between kick hits fill up with low end, weakening the tightness of the 'bounce' in the alternating kick-hat-kick-hat pattern — especially when you're generally working at tempos well above 120bpm. Focusing the kick's energy higher (around 55Hz, in this case) allows a decent impression of low end weight even though the drum's low-end tail doesn't last beyond an eighth note. (Steering clear of the sub-50Hz region is also sensible from a practical standpoint if your production budget doesn't stretch far beyond a laptop in your bedroom, as neither headphones nor entry-level monitors are likely to tell you a tremendous amount about what's going on down there.)

Clearly, a good dose of mid-range is vital to achieve that spiky front end, and transient enhancement can help here too, although it's worth going slightly easier on the 3-5kHz region (as Sak Noel has done here), so that you don't poke anyone's eye out at high volumes or drive the lead vocals and synths into the background. There's something else to be aware of, though, when you're choosing the basic sound — the time-lag between the HF 'click' and the LF 'thud'. If the 'thud' occurs very close to the click, it'll tend to mask it and dull the tonal edge, whereas if the LF drags too far behind, the overall drum groove may start to feel sluggish. If you zoom in on the waveform of 'Loca People', you can actually see this offset in action, with the longer-waveform sub-50Hz element trailing by 50ms or so behind the opening transient spike — although there's no point in trying to copy that exact delay in your own music, because the best kind of sound for your track will inevitably depend enormously on the specific key, tempo, and groove context.

Whatever sound you choose, it'll be difficult to compete with Sak Noel's kick sonics unless you take a similarly ruthless approach to arrangement. Here, the low end of the synths is pretty much filtered out below about 100Hz, for instance, leaving that end of the spectrum wide open for the kick. Also, almost everything other than the drum parts (with the exception of the lead vocal) plays pretty much exclusively off the beat — the main synth riff, for example, only coincides with the drum on the last two beats of each four-bar section. The upshot is that the kick is all but playing a solo a lot of the time, so it's little wonder it can carry through the mix with such clarity, despite what feels like fairly moderate use (for the style) of the usual kick-triggered gain-pumping effects. Mike Senior 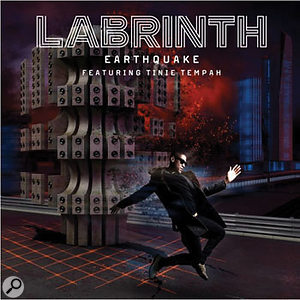 Even since Tinie Tempah's fantastic 'Pass Out', I've considered Labrinth to be one of the most inventive chart producers around, and this recent track of his is once again full of surprises. The beat is certainly a curiosity, achieving the same kind of ponderous gait we heard on 'Pass Out', which nonetheless manages to conjure a sense of a faster rhythmic motion underneath the surface — most obviously through the vocal arrangement and the chain-like percussion 'echoes' after each snare hit, but also via subtle synth-envelope modulations and the soft, retriggered, vocal-like effect that first appears in the chorus at 0:53.

But it's the programming of the main synths that really slays me. Not only does the extrovert pitch-sliding of the riff's parallel ninths create a fantastic hook in its own right (it somehow reminds me of Led Zep's 'Dazed & Confused'), but the sound and line are both varied throughout the track. No creative synth line seems complete without a bit of squidgy filtering, and that's one ingredient that's used extensively throughout (the high-pass-filtered fill at 0:38 is great, for instance), but there's more to enjoy in terms of differences in the layering of the sounds and the occasional effect spin — such as the delay tail just before the first chorus at 0:51. My favourite part of it, though, is the way that the pitch-glide doesn't always just connect the riff notes, but occasionally heads off in the opposite direction first — for example, at the end of the first and third bars of the four-bar riff (at 1:01, say) where the pitch shoots momentarily skywards right at the end of the bar, before plummeting down to its true low-pitched destination on the following downbeat.

On top of that, this track should surely have walked away with some kind of Brit Award for 'Most Barking-mad Breaks In A Chart Single'. Exhibit A: the ludicrously brilliant royal fanfare at 1:27; Exhibit B: a full 15 seconds of Enya impersonation at 2:06. Ladies and gentlemen, I rest my case. Mike Senior 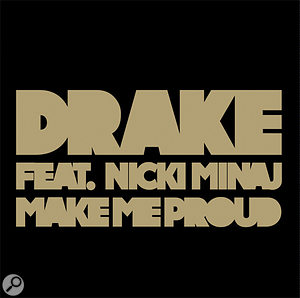 This is one of those productions that wears its no-compromise sonics and stripped-back arrangement with pride. "Can't hear the bass line? Get some proper speakers! Chords?! Go listen to Stevie Wonder!” That kind of thing. This is great in this situation, because it not only focuses attention on the vocals, but also on the wonderfully diaphanous atmospherics of the arpeggiated synth backdrop, which would have been the first casualty had anything much else been mixed in.

A couple of vocal details caught my attention later in the song, too, during the last section of Nicki Minaj's rap at 2:11-2:25: notice how both the 't' of the "I'm a star” and the second 'd' of "double dee up” both trail the beat. Although this could easily be explained simply as part of her vocal style at that point, I have a hunch that the timing may have been deliberately massaged to avoid the super-heavy hip-hop kick drum from masking these consonants, hence better preserving the intelligibility of the lyrics. Whatever the truth of the matter in this instance, the next time you find that a drum hit in your own mix is preventing you from pushing an important consonant out to the listener, bear in mind that a tiny edit might provide a simpler alternative to processing/automation conniptions. Mike Senior 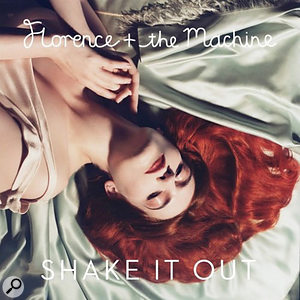 A production with lots of heavy delay/reverb like this is a fairly rare beast these days, so it's interesting to consider how the mix engineer (Spike Stent in this case) seems to have endeavoured to avoid the sonics dissolving into a washy mess. Firstly, notice that although the drums, pads and backing vocals are thick with reverb, the lead vocal doesn't appear to be. Based on the lack of vocal reverb in the stereo Sides signal and the rather truncated-sounding effect tail audible at some phrase ends (such as "way” at 0:49), I'd guess that the main time-domain effect on the lead probably consists of a short, low-feedback, tempo-sync'ed delay. As a result, Florence naturally maintains some distance from The Machine in the mix's front-to-back dimension.

The fact that the pads and reverb/ambience all seem to be very wide also helps with vocal intelligibility in mono, as a lot of that stereo information simply cancels out when the stereo channels are summed, causing a big drop in the prominence of those backing elements in the balance. The stereo Sides signal reveals a distinct loss of low end below about 70Hz as well, which leads me to think that the rolling bass-drum timbre is more a product of borderline-lunatic close-mic compression abuse than of low-frequencies from stereo overhead/room mics or reverb effects — I presume that high-pass filtering was probably applied fairly liberally to prevent too much LF ambience muddying the low octaves.

As for the drums themselves, although the reverb/ambience level in the mix is high, the effect sound is short and quite bright (a bit like a medium-sized stone room, to my ears) so that it doesn't clutter the mix with a huge tail and is also more subjectively audible at a given mix level than the duller reverbs that you might typically use for general-purpose 'behind the scenes' mix blending. Some kind of dynamics processing is also probably helping with the kick/snare 'cut-through' too, because their hits both appear to be ducking the drum overheads/ambience fairly heavily, as evidenced by the strange reverse-envelope character on the cymbal accents. It's tricky to speculate as to how this ducking has been implemented (it could be anything from simple mix-bus compression to some complicated side-chain concoction), but whatever's doing it seems to be releasing quite quickly (a setting of 50ms or so, at a guess), which means that the gain-pumping isn't as as audible as it might have been. Mike Senior

Check the SOS Forum for more comments on the tracks discussed in The Mix Review this month.